This morning I woke up, had breakfast, and packed our things in the car for our driving trip out to Orange. We left just after 9am, hitting the road: my wife, Scully, and me.

We drove west, taking the Great Western Highway across the Blue Mountains. Over the other side of the mountains we descended towards Lithgow, and stopped briefly at a highway rest stop to stretch our legs and let Scully use the grass. From there we continued west to Bathurst, where we stopped for lunch just a few minutes after midday.

We found a cafe with outdoor seating, although all the other customers were sitting inside in the warmth, because it was 12°C outside. My wife had q quiche and I had a chicken wrap, both of which came served with chips (“fries” for the Americans). We also got one of the home made caramel slices – the sort of rustic, obviously hand-made dessert you expect in country towns. It was all reasonably good.

After lunch, we continued, turning south to the town of Cowra. This was a detour to go visit the dog breeder where we got Scully four years ago! We hadn’t seen her since we got Scully, and my wife said we would be in the area and asked if she’d like us to drop in. The breeder said yes, so we went. “In the area” here means within 120 km, because that was about how far out of the way we had to drive!

We expected that we might be able to see Scully’s mother and litter-mate brother, who the breeder had kept for breeding future generations. But when we arrived, she said that Scully’s brother, Presley, had actually grown too large, so didn’t have ideal genetics for breeding, and so she’d given him to a family as a pet. But Scully’s mother, Paige, was there! 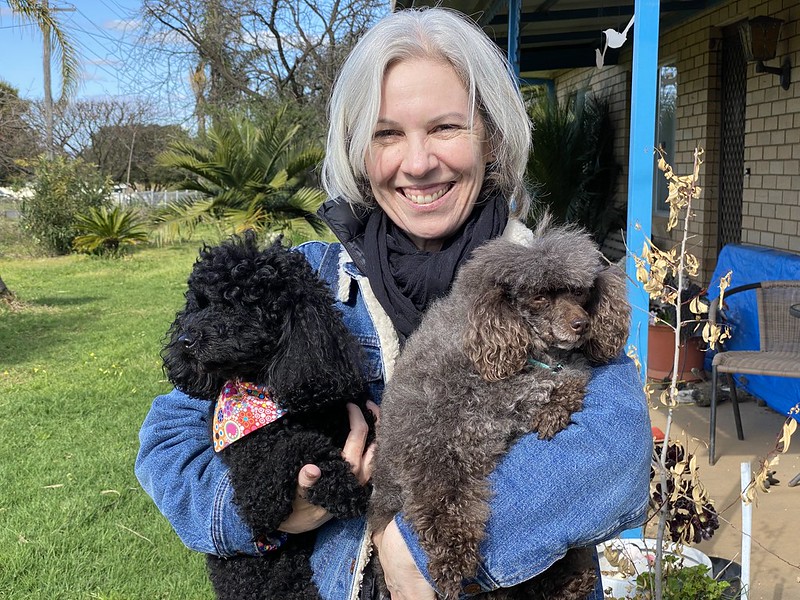 Scully and Paige hadn’t seen each other for over 4 years, and it seemed as though neither of them recognised the other. They had a bit of a curious sniff, but then were happy to mostly ignore one another. But the breeder was delighted to see Scully and hear our stories about her.

After spending close to an hour chatting with her, we continued on our way. We stopped briefly at the Cowra Japanese Gardens, which is the largest Japanese garden in the southern hemisphere. I’ve never visited here before, and it was a good chance to pop in briefly, though we didn’t have time to really do it justice, just taking a quick walk around the garden on one of the walking paths. 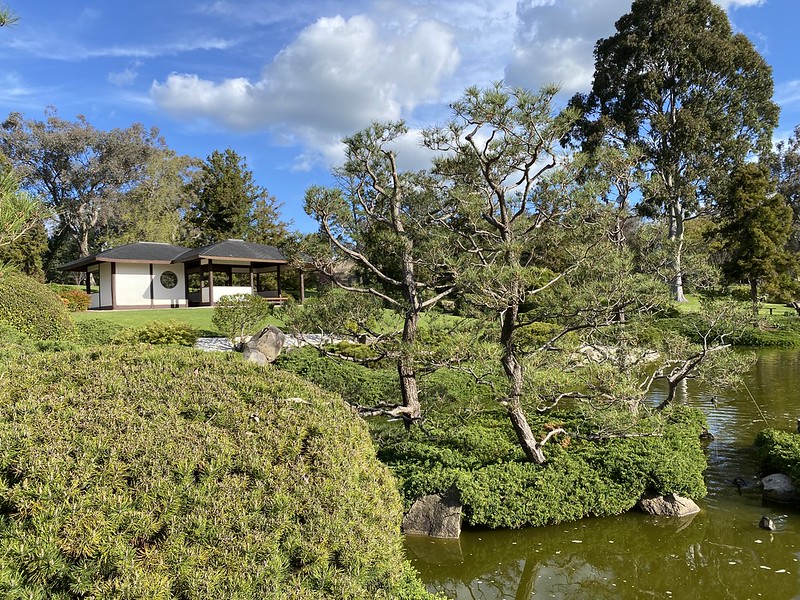 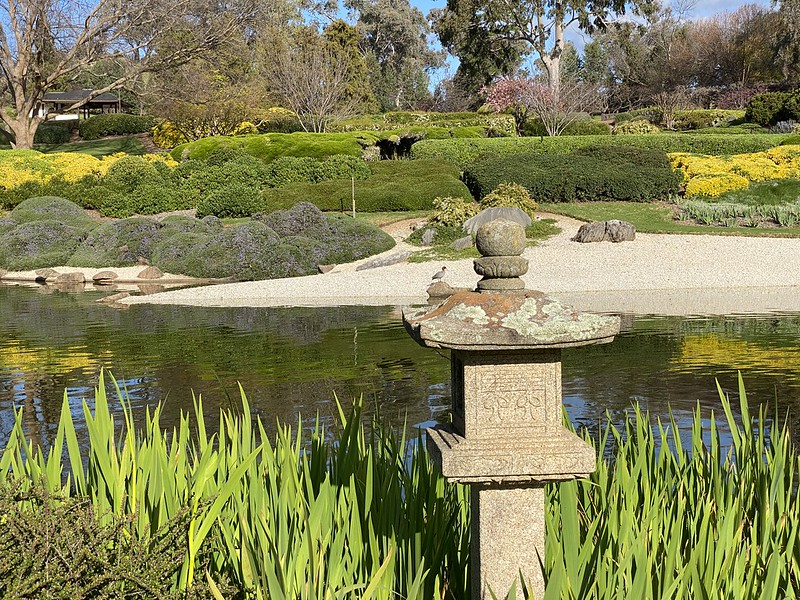 The gardens were lovely, although it was perhaps a few weeks early for most of the flowers. Some magnolias were in bloom, but the cherry blossoms needed a bit more spring.

From here we drove back north again to Orange. We arrived just after 5pm and checked into our hotel for the next few nights. It’s nice and central in the town, and a nice room we have, with a kitchen and dining area. The next issue was where to get dinner. We’d had trouble finding places in Orange where we could take Scully, because apparently very few places here have outdoor seating for dinner. We had one place in mind for tonight, but checking their website showed that they don’t open at all on Tuesdays. So we had to find somewhere else. My wife called a few places, and found one that had a beer garden, but they said it wouldn’t be open for business until October. But when she explained why we wanted to sit outside, they agreed that we could eat out there, if we came inside to order our food at the bar, rather than them send a waiter out.

So we did that, showing up at The Oriana, where we ordered our dinner from the Peacock Lounge. This was a pretty fancy place! I had duck cooked two ways, while my wife had a beetroot tart, and we had some green beans and broccolini on the side, and some house baked sourdough bread. The meal was really good, washed down with glasses of some local Orange wines.

One thought on “Orange trip, day 1”