It rained overnight. Heavily… really heavily. And with a lot of thunder too. Fortunately Scully isn’t one of those dogs who freaks out with thunder; she’s very relaxed about it and doesn’t really react at all. But still, it was an interrupted night of sleep with the storm.

Heavy rain continued as we got up and went out to a nearby cafe for breakfast. They had outdoor tables under a verandah, so we managed to stay mostly dry while eating.

The rain slowly eased up a bit, and we did a drive to Upper Kangaroo Valley, which is basically a dead end road, but I wanted to go there to see an old suspension bridge over the river which would make a good photographic subject. We got there just as the rain eased to a halt, so we could walk around and I could get some photos without getting wet. But the road there crossed the river at a causeway and the torrential rain of the last few hours had swollen the river so that the road was now under more than a metre of water! So there was no way we could drive across the river. We continued up the same side of the river for a bit, hoping to reach another interesting spot, but we were again stopped by floodwater over the road.

Nevertheless, it was an interesting drive and the scenery was well worth it. We saw a large waterfall appearing through the clearing mist, falling off the escarpment in the distance, and I got some photos which will hopefully be good.

We had some sandwiches for lunch back in Kangaroo Valley. Then we took another drive in a different direction, to Cambewarra Lookout, which is on top of a nearby mountain and provides an amazing view over the Shoalhaven River valley to the south. The road up there is narrow and winding – there are a lot of very cool roads in this area.

Back in Kangaroo Valley, we had dinner at a Thai restaurant. The afternoon had turned out fine after the morning storms cleared. But apparently there were serious hailstorms back in Sydney today. Hopefully there’s no damage at our place.

Just a short update today, as I’m on the road with my wife and Scully, taking a long weekend trip. We drove south from Sydney, stopping at Scarborough for morning tea, then at Kiama to have a walk and see the lighthouse and blowhole.

We had lunch in the town of Berry, and then headed inland to Kangaroo Valley, where we’re spending two nights in a nice accommodation. Dinner was actually back in Berry, which is only about 20 minutes drive away, in a nice Italian restaurant.

The drive between Berry and Kangaroo Valley is along a very narrow and winding road that threads up over the intervening mountains and back down again. It passes through dense forest, and is an amazing drive.

I won’t link today’s new comics, because it’s tricky using an iPad and I don’t want to spend too long on this before getting some sleep…

Scully’s doggie daycare place had a special Halloween party today. (I guess they didn’t want to do it on Saturday – probably because they get a lot fewer customers on weekends.) We haven’t used them for a while, but given this special event, we decided to book her in for the full day experience.

They take photos of the dogs in day care and the activities they do and post them on Instagram. Here are a couple of dogs enjoying pumpkin bobbing! 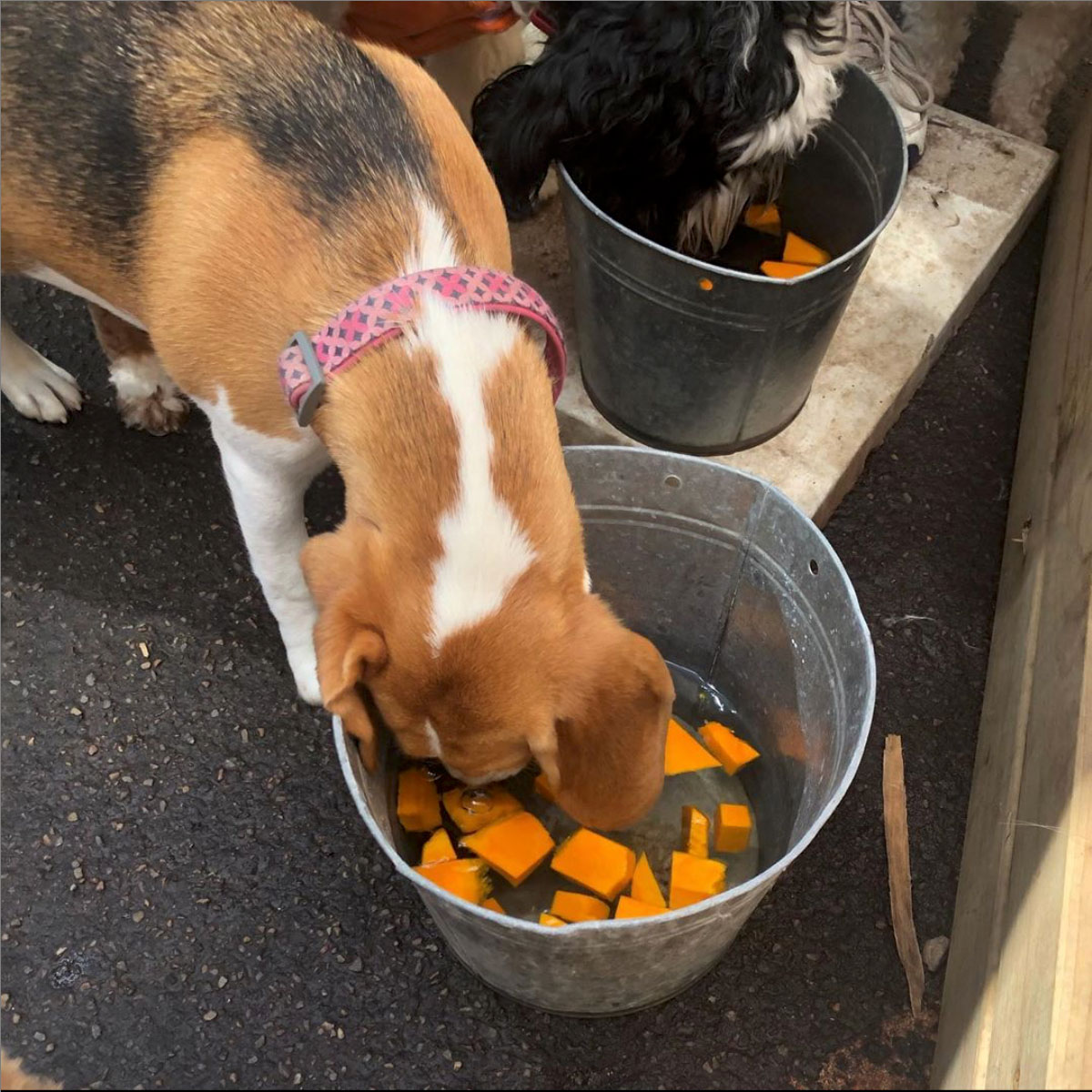 And here’s Scully with a couple of friends: 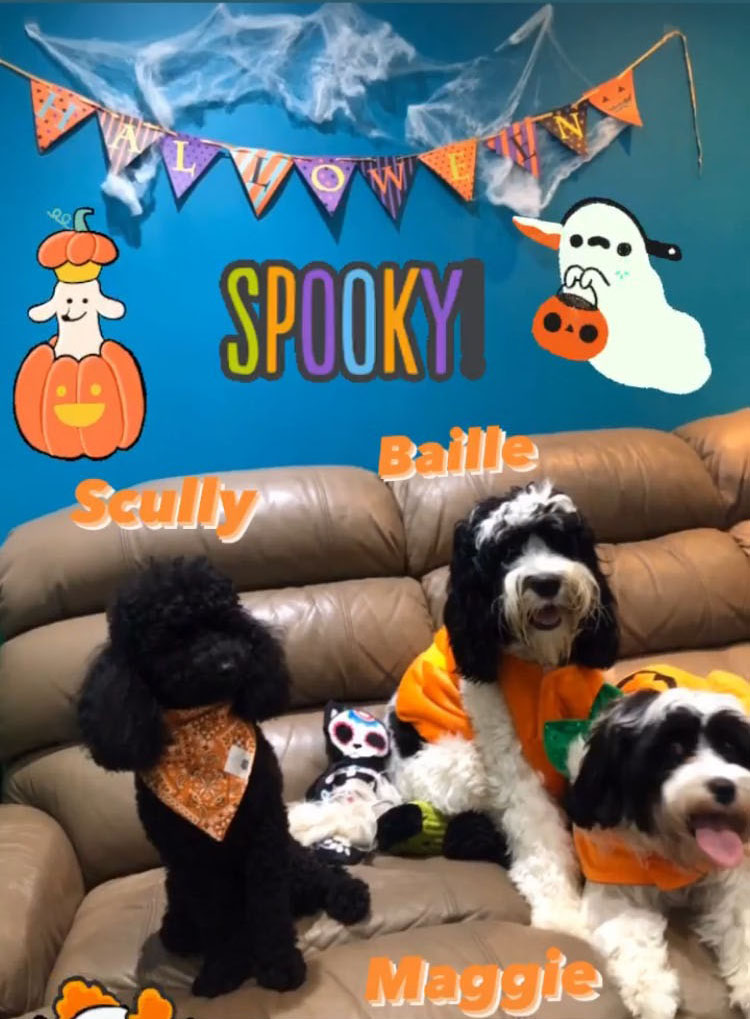 She came home at the end of the day dog-tired!

In other events, I had a Standards Australia meeting today, to discuss photography standards with the Australian committee. Mainly in these meetings I report on events and technical discussions from the most recent international meeting – in this case the virtual meeting in September that was supposed to be in Finland. In these meetings we also decide how Australia will vote on various standards drafts that have come up for international ballot for approval.

Finally, my wife and I (and Scully) are leaving Sydney tomorrow on a short road trip, to spend a long weekend away to celebrate our wedding anniversary. I’ll try to do diary entries each day, but if I’m too busy or run out of time, then I’ll report when I get back home.

My morning was taken up with my Primary Ethics class first thing, followed by a morning tea with the Ethics coordinator and other Ethics teachers at the school. The coordinator tries to have one of these every school term, so we can catch up and have a chat and swap war stories about our classes. We have a new volunteer teacher starting next week, and he was there, so we were all giving him lots of advice on how to handle the kids.

My class this morning was a lot better behaved than they have been. I’ve let it be known to the kids that I will send them to the front office – after a couple of warnings – for misbehaviour. This has tempered a lot of the most disruptive behaviour, and they’ve started settling down a lot faster after spontaneous discussion breaks out (as it often does). Last week was better than the week before, and today was better still, and we got a lot of good discussion in.

This afternoon I mostly worked on writing a new batch of Irregular Webcomic!, as I’ll need to photograph a batch early next week to keep the buffer full.

The weather is still cold and rainy here. Fortunately the forecast for Sunday is okay, as we have a special lunch planned… but more about that later.

Today was dominated by cleaning. I vacuumed the house to get all the loose dust collected, and then I attacked the carpet with a carpet shampooing machine that I’d hired from the local hardware store. I do this about every 6 months to rejuvenate and deep clean the carpet. It comes up nice and fresh, but it’s a few hours of hard work. Although the day was cold again, I was bathed in sweat by the time I’d finished the cleaning.

After returning the carpet cleaner to the hardware store, I treated myself to lunch at a Japanese place near there. And then I took it easy for the afternoon since I was kind of worn out.

It rained all night, and much of today too, clearing up a little towards late afternoon. While it rained a lot, I didn’t think it was particularly wild weather. But the evening news tonight had stories about flash flooding, trees blown over, and damage to structures across various parts of Sydney. It must have been localised and we missed the worst of it near my place.

And it was really cold again, the temperature rising to 16.2°C only for a brief period in the morning before dropping back to around 14°C for most of the day. When I took Scully out to the dog park during a lull in the rain this afternoon, I underestimated the cold and didn’t dress warmly enough, and I was pretty frozen by the time we got home.

This is the sort of weather we can expect with the onset of La Niña – colder and wetter conditions for eastern Australia. Already Warragamba Dam – Sydney’s main water supply – is full, and the water authorities have started releasing water to avoid potential large volume releases in the near future that would cause flooding in several outer Sydney suburbs downstream.

You might imagine this rain is good, with us coming out of a long drought. But it’s hit farmers in rural regions at exactly the wrong time. They were just about ready to harvest spring crops, and expecting a bumper crop, when this rain arrived and has ruined many crops and made harvesting impossible because of the sodden land. So we may be in for a grain shortfall in the next few months.

The rainy weather well and truly set in today. And it was really cold. The forecast maximum was 17°C for Sydney, but it only reached a maximum temperature of 14.7°C… at 08:21 this morning. The temperature has been dropping from there all day, as the rain built up and became a steady heavy pour this afternoon.

We took Scully out for a walk early this morning, in a period where we only had to put up with a light sprinkle. Apart from that, it was really a day to huddle inside. Since we didn’t want to exercise Scully outside in the pouring rain, we invited her poodle friend Luna over from next door, and the two of them had a rough and tumble play inside.

I worked on some comics stuff, making sure I have a buffer to cover a trip away next weekend. And that was about it.

Saturday began with a sleep-in, after last night’s games night ended quite late.

It rained during the night – nay stormed. I was woken by thunder around 2am. The rain had cleared by morning though, and the morning was intermittent light showers, but the forecast warned of heavy rain developing throughout the day, culminating in more storms tonight.

I took Scully out at lunch time while my wife had some appointments, but I didn’t want to walk too far in case we got heavy rain while we were out. So I drove over to a nearby suburb and the Italian bakery that we go to sometimes (it’s a longer walk than our other bakery), where I got some lunch. Italians are not known for meat pies, but being a bakery in Australia means you tend to adapt, and these guys have done a great job coming up with a chicken pie. Most places just chop up chicken meat and cook it in a sauce, but I believe this bakery must roast their chicken, before deboning and pulling it to pieces and then making a sauce around the already roasted chicken, with lots of vegetable chunks. It’s like a delicious chicken casserole in a pastry case.

And being an Italian bakery, they do a baked ricotta cheesecake, which is to die for. The ricotta filling is whipped and light and creamy. Truly excellent stuff.

After eating these treats on a bench nearby, Scully and I took to the car again and went over to the home centre where the pet shop is. I needed to buy her some more canine toothpaste. We try to brush her teeth every day, to protect them from decay.

This afternoon, with heavy rain falling outside, my wife and I played another Codenames Duet, finally conquering Baghdad in the campaign. We played a flawless game, and it was most satisfying.

It’s fortnightly games night with my friends and we’re playtesting a new game online that a friend of mine has coded up. It’s MasterWord, which is a brand new board game that hasn’t even been released yet, but my friend saw a sneak preview of the rules and implemented a Discord bot version, so we’re playing it right now.

Earlier today I mostly did comics work, creating new Darths & Droids strips. Oh, and the weekly grocery shopping. That’s about it for today.

I’m just trying to think what I did today. It was pretty much all taken up by cleaning the shower, writing comics, and taking Scully out to the dog park.

I scrubbed the shower tiles with baking soda to remove the built up soap scum. This is hard work, and took some time and elbow grease.

Mostly I wrote and produced some new Darths & Droids strips.

Oh! I also went out to check on the jacaranda trees and the flowering progress. Within the next week or two they’ll be blooming profusely and hopefully I’ll get some photos worthy of printing.