After two morning online classes, I went out for a short walk with Scully around midday. We passed a work crew still clearing off the tree branch that had fallen onto the power lines during the high winds yesterday. 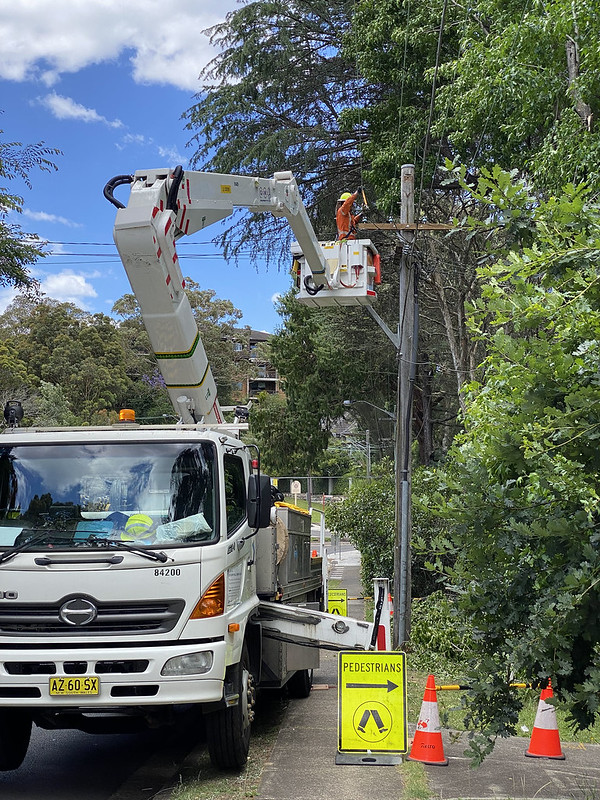 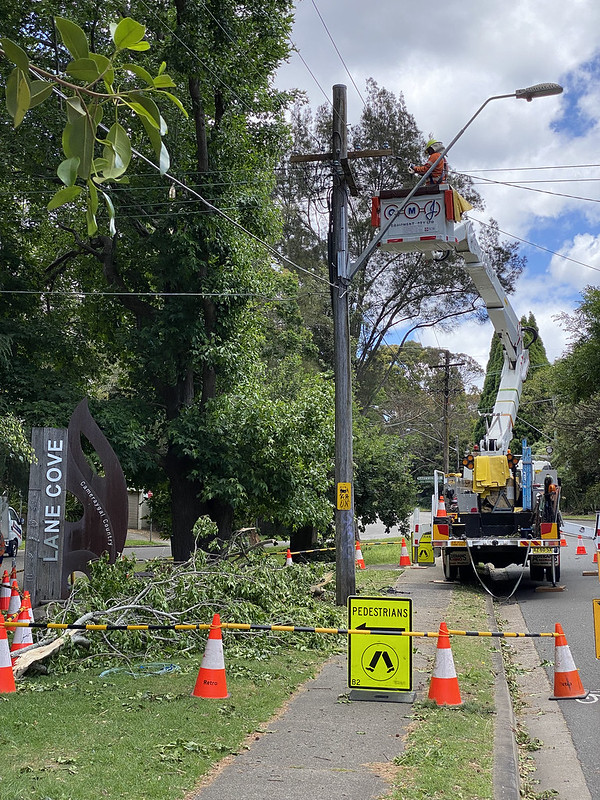 The wind was very strong again today. Checking the weather records, it was even stronger than yesterday. It was absolutely miserable being outside on the short excursions that I took to give Scully some outdoor time, and I rushed home and indoors again as fast as possible. Fortunately the forecast is for milder conditions tomorrow.

This afternoon I worked on assembling some Irregular Webcomic! strips from the photos I took last week. And did two more online classes. I have four now on Mondays, so it’s pretty busy. I finished up the topic on Generalisation, which I think turned out to be a pretty good one.

I needed to buy a couple of things from the hardware store today, so I took a walk over there, and then proceeded to walk home via a roundabout route, so I could document another Sydney walk with photos. The previous walk was very touristy and beautiful, so I thought I’d explore a grungier side of the city today. It’s not the grungiest, because I’m limited to suburbs within walking distance, but hopefully there’s a bit there!

Photos and commentary are in this Imgur album.

I also worked some more on Darths & Droids today – made another comic, wrote some annotations.

I went for a long walk this morning. A very long walk… into the city across the Harbour Bridge.

I went all the way to the Opera House. The city was eerily quiet and empty, because of the COVID restrictions. Normally there are tons of tourists around that area, but there were only a few there today.

And then I walked back home. According to Strava I walked 18.6 km today (11.5 miles). That took me all morning. This afternoon I mostly processed the photos I took along the way.

This evening is another of our fortnightly games nights, being played virtually. I won a game of Quacks of Quedlinburg, and then a game of Dice Forge, and we’re now playing Codenames (giving me time to type this up in between guessing clues). 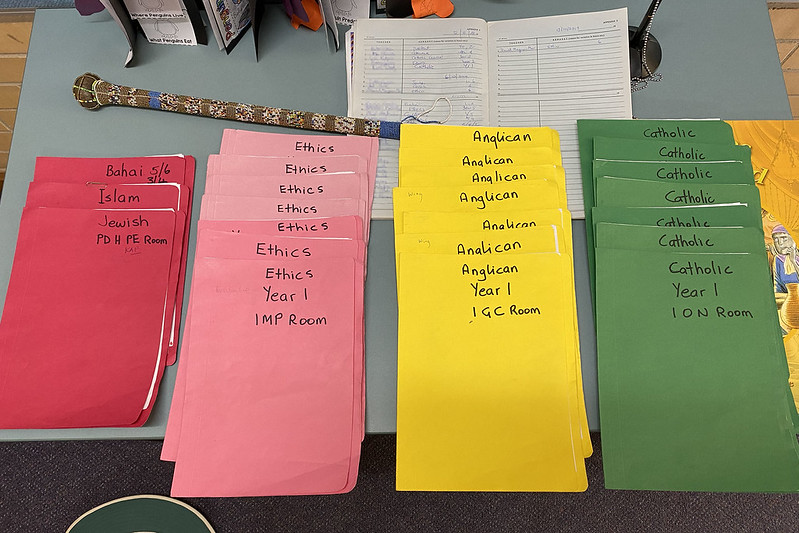