I start work at 8am on Monday, teaching two online classes in a row, an hour break, and then another one. Then I can relax and have some lunch. I took Scully for a walk, a longish one today, around the loop that takes us past the harbour shore.

While doing this, I did a bird count on eBird. Normally on this sort of walk I can spot about 11 or 12 different species, but today was especially bird-laden. There were two little black cormorants sitting on the marina, next to an Australian wood duck. These are two of the less common species that I spot around the area, so they helped bulk up the species count. They were too far away to get decent photos using my phone. But a bit further along there was a white-faced heron standing on a rock in the water below the footbridge: 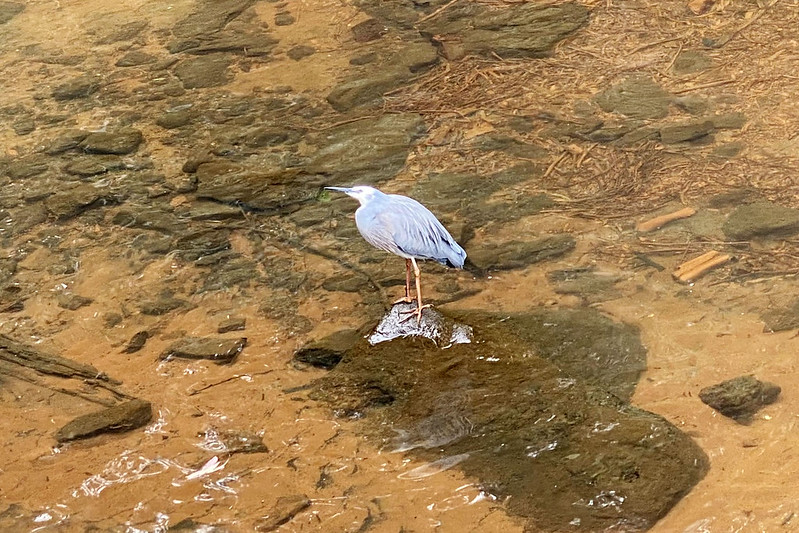 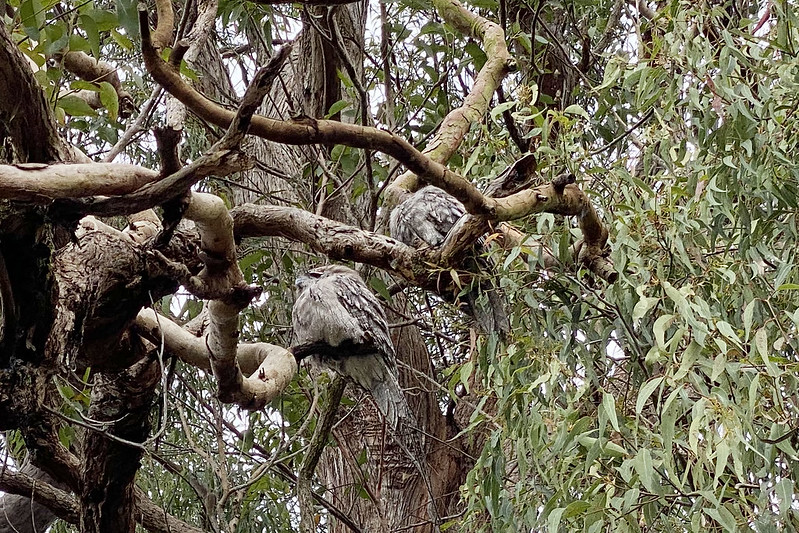 These guys are quite rare to spot, as they are very well camouflaged and tricky to see during the day. I know they’re around in the area, but I’ve only seen them a few times before. Since I now had my phone ready to photograph birds, I caught a pied currawong as well. 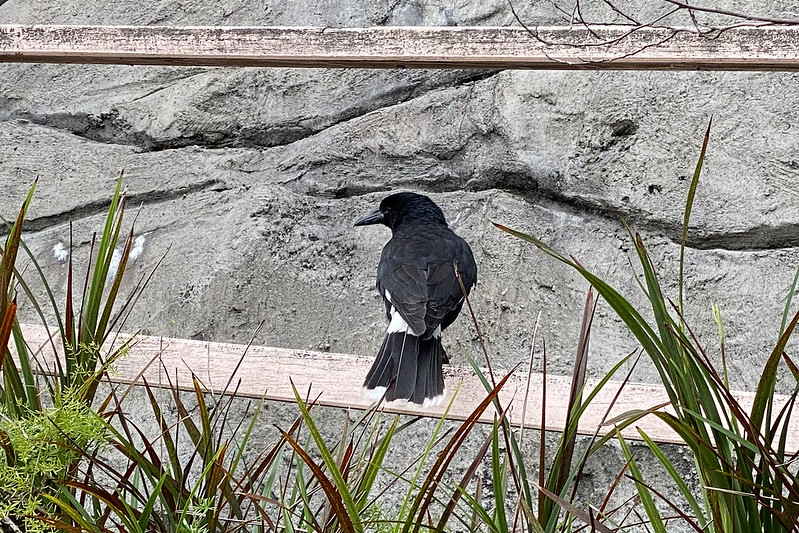 These are common and easily spotted in the area, but I managed to get fairly close. And then a bit further on I spotted a laughing kookaburra within range of photos too: 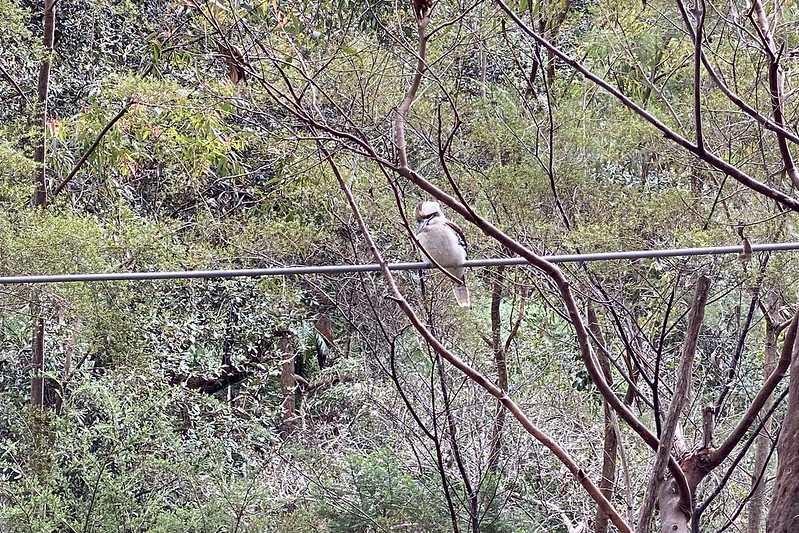 Anyway, I managed to tally 16 different species on this walk, which is a very high number.

Tonight I had tutoring work at the university for image processing. Tonight’s lecture was about the fundamentals of machine learning and probability theory in that context. It was a pretty easy one, relative to the others in the course.

And now I’m home and watching the live NASA TV feed of what will hopefully be the Artermis I launch, which was originally scheduled for 10:33 pm my time. Currently holding and trying to resolve an engine issue…