Friday was board games night with friends, and we had a face-to-face meet-up for the first time in ages, although only four of us could make it. Not having met for ages, there were brand new recently acquired games to try.

We played Libertalia first, a pirate themed game in which each player has a deck of cards numbered 1-40, each one representing a different crew member. A set of 6 of these are randomly selected and each player draws the same 6 cards in to their hands. Then each player selects a crew member simultaneously and reveals them all at once. The crew are ordered by number, and there is a Reputation track that acts as a tiebreaker – higher Reputation players sort higher.

The cards are the processed in increasing order, and each may have an ability that does something – such as modify the players Reputation, or modify the loot that each player will receive in the next step. The cards are then processed in decreasing order, with each player selecting an item of loot from a predetermined selection. Some cards also have abilities that trigger in this step, such providing a bonus for selecting a particular type of loot. Each player’s card then goes on their Ship (just an area of the table). 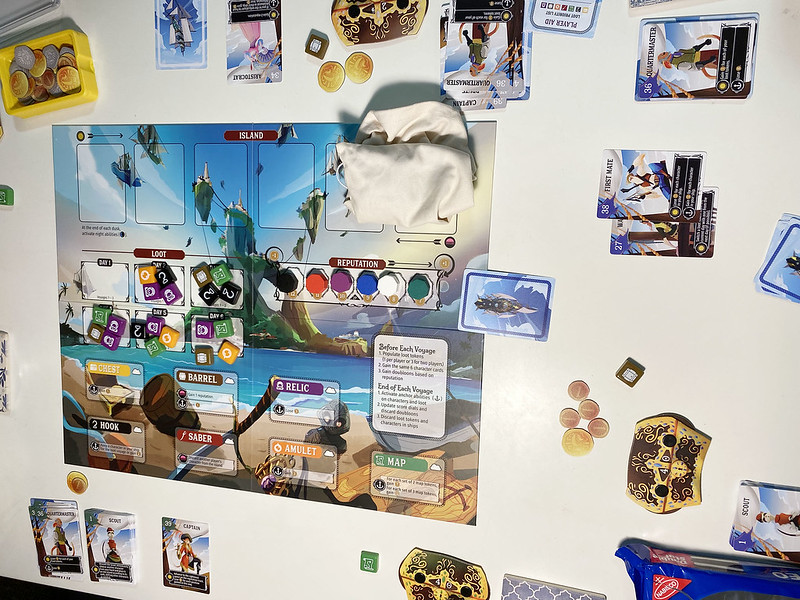 There is an in-between phase (“night”) when some cards have other abilities that do stuff. Then you repeat choosing a new crew member from your hand. This is done 4 times, leaving 2 unused crew in your hand.

Then it’s the next round, where more 6 more cards are selected and added to each players’ hand. So at this point each player has 6 of the same cards, plus 2 leftovers from the previous round, which may differ depending what they played. You play this round of 4 cards, and then you play a third round of another 4 cards.

Over the course of the game you accumulate various loot tokens, which are worth different amounts of points, and the most loot points wins!

The second game we played was a longer one: Ark Nova. This was a more complex game, in which each player manages a modern zoo, developing conservation programmes, and links to other zoos and to universities for research and stuff like that. It’s quite involved, with a lot of interlocking actions, resources, and scoring tracks. 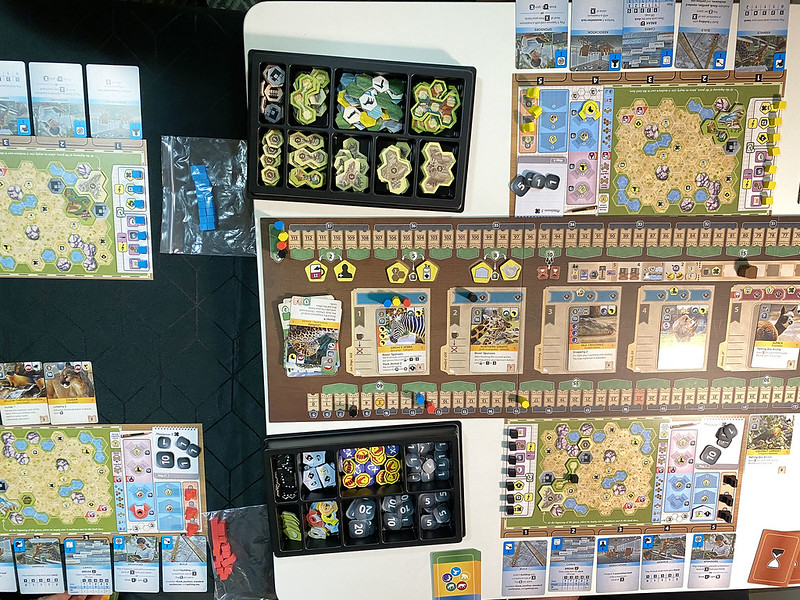 It took us about 3.5 hours to play the game, though being the first game it was slowed down by learning to play. The turns go by pretty quickly and smoothly once you get into it, so there isn’t much down time, and there’s plenty to do and plan out. By the end we were being pretty efficient.

Today I spent most of the day making Darths & Droids comics, and working some on the secret project.

Oh, and it was really cold today. Winter has definitely blown in.