First the COVID news: 112 new cases in New South Wales in the last 24-hour reporting period. The Government expects the numbers to keep going up for a few more days until the effects of the lockdown start being felt and, hopefully, bring them back down towards zero.

And in personal health news, my throat is feeling a lot better after the tonsillectomy. There’s just a little residual pain when I yawn widely, or move my tongue around to extreme positions in my mouth. But it’s still improving day by day and feels pretty close to back to normal. I think the coughing and phlegminess is reducing each day as well.

I worked on writing Irregular Webcomic! strips today, hoping to have a batch done in time to photograph tomorrow morning, but I don’t think I’m going to make it. It’ll probably have to be photography on Wednesday.

Something else I did was look into recipe organiser apps for my desktop machine. I’ve been collecting recipes using OneNote, which I use as a general note-keeping app for many types of information. It’s been okay so far, but it’s getting to the point where it’s difficult to find recipes, and I’m wishing for features such as search by ingredient and better categorisation using tags. So I’ve looked around and am currently trying the free version of Recipe Keeper.

I’m impressed with it so far. It’s not overly complicated or feature-bloated, but it has just the right set of features for organising recipes. There are three different groups of customisable tag sets. It imports recipes automatically from URLs from many popular recipe sites – and worked flawlessly for one I use a bit, the Australian site SBS Food. And it does automatic unit conversions from American units! No longer will I have to wonder what an “oz.” is. It also has a meal planner and automatic shopping list generator, although at this stage I’m not sure how much I’ll be using those features. I’m going to give it a few days, but I’m already thinking I’ll pay for the “pro” version, which gives you unlimited recipe storage and ability to synch to phones and iPads.

Oh, I was out walking Scully this afternoon when we met Billy, a 14-week-old toy poodle, black like her! He reminded me exactly what Scully looked like when she was a puppy! 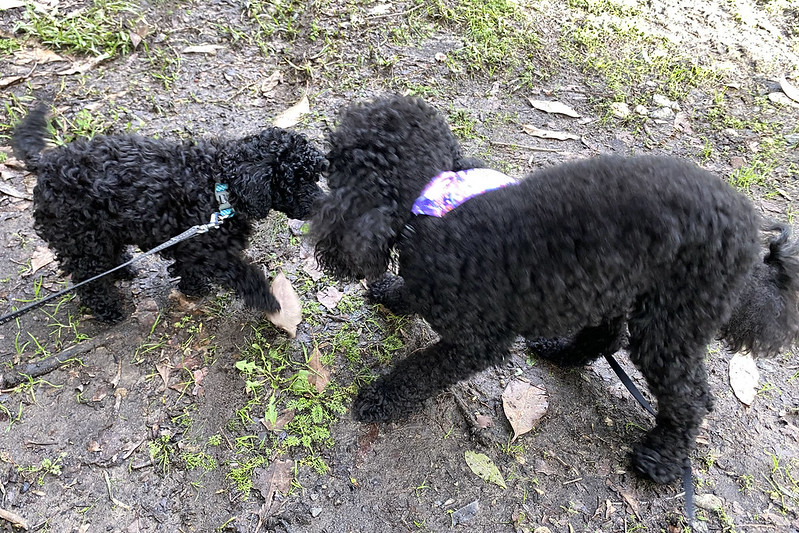