It continues to be about the rain here in Sydney. We’ve had 150 mm of rain in the last 24 hours, and advice from the Bureau of Meteorology is that the rainfall will get heavier in the next 12 hours. They also say it won’t stop raining until at least Thursday. Also, when I woke up this morning, we had no power. It was out for over two hours.

Many towns up the coast north of Sydney are experiencing flooding and have evacuations ongoing to get people away from rising floodwater. Warragamba Dam, Sydney’s main water reservoir, is at 100% capacity and spilling over. The river downstream has a wide flood plain, covering dozens of Sydney suburbs, which are now anxiously watching and waiting for evacuation orders. The highway north is cut off at Taree, which we drove through yesterday. If we’d left Port Macquarie a day later, we may not have made it home at all. 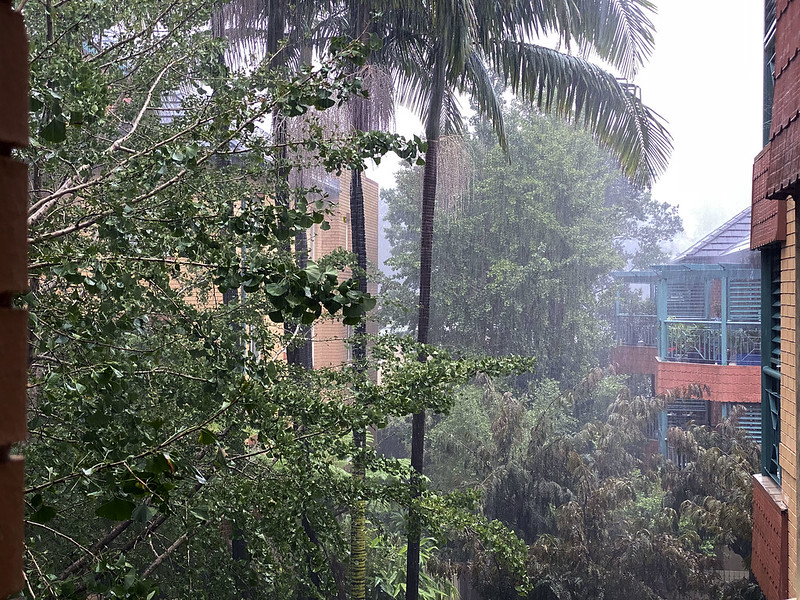 The rain has been heavy to extremely heavy almost all day, with just a few brief periods of light or no rain. The garage downstairs in our apartment block got flooded: 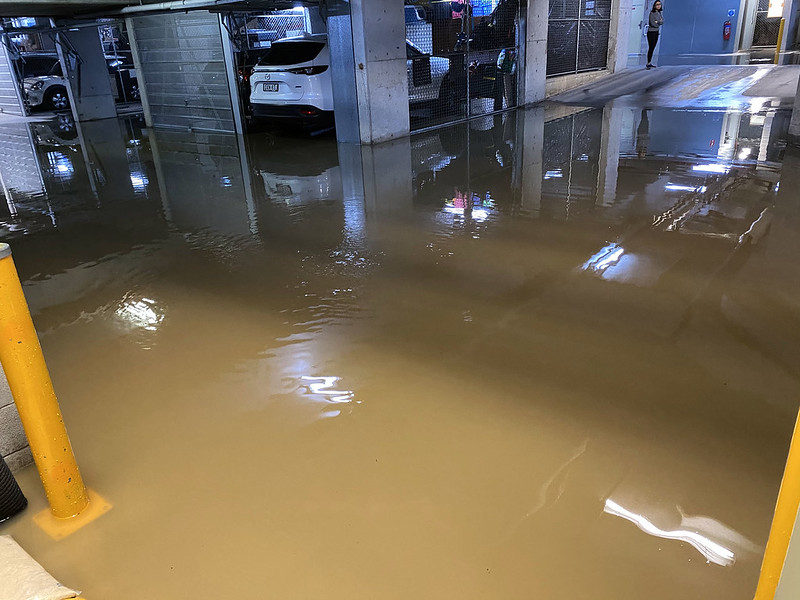 Fortunately my car space is up the slope, and stayed dry, but some people’s spaces were ankle deep in water. The water was deepest near the garage entrance door – about calf-deep: 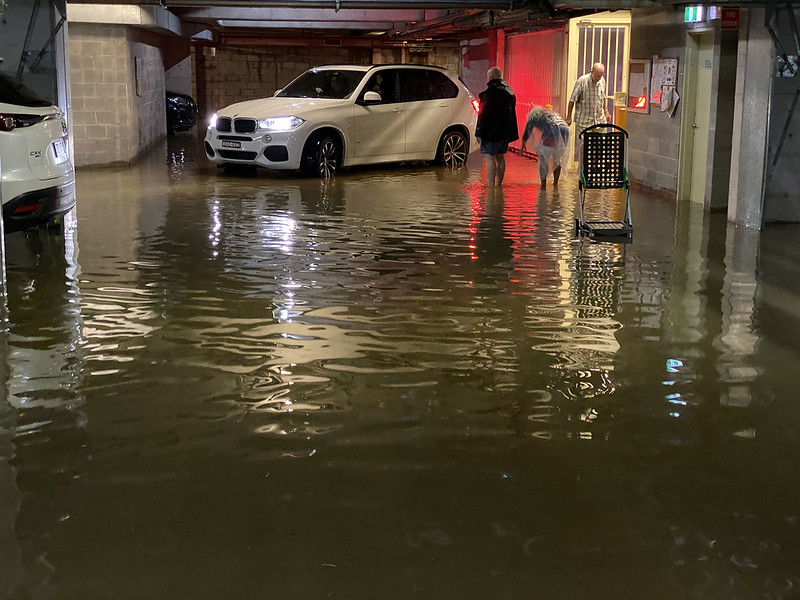 There’s a lift here, and it was sandbagged to try to keep water out of the lift shaft: 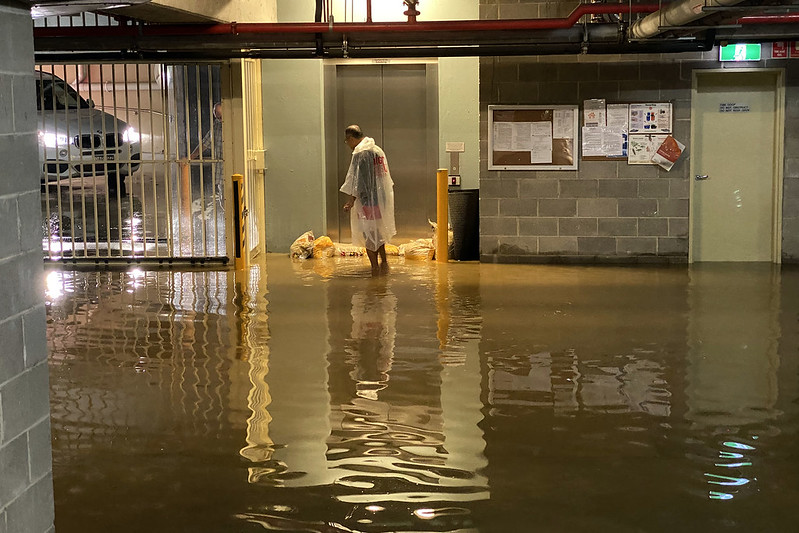 It couldn’t hold all day though, and water eventually got in and flooded the lift shaft. In a separate incident, some people got stuck in another one of the lifts, even though the shaft wasn’t flooded. It was a family with a baby. The lift guy arrived after about 45 minutes and I happened to be outside when he got here, and since I had keys I ended up helping him get to the floor above the lift so he could climb onto the roof of the lift car and release the doors to get the people out: 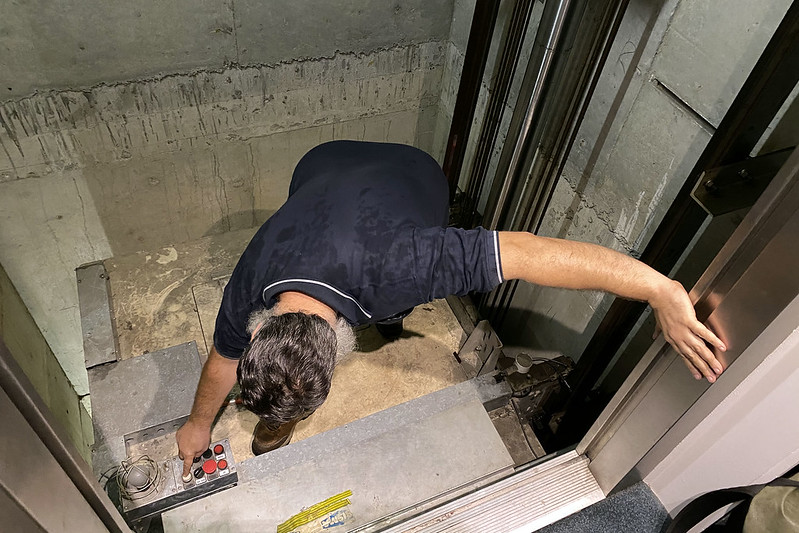 Beyond staying indoors and avoiding the rain, I mostly spent the day working on photos from my trip. I have some to show off, but maybe tomorrow. It’s been a curiously exhausting day, following the news for weather alerts and flood warnings.