The day started oddly, because my wife had an appointment and couldn’t take Scully, so I had to mind her at home. Scully doesn’t like it when my wife leaves the house, and sits and pines at the door. I had to distract her with peanut butter.

But I was also making myself French toast for breakfast, using some leftover challah that we’d bought the other day. I’ve done this a few times and it’s really delicious. I prefer French toast with salt and pepper, as I grew up with it as a savoury dish. I remember when I found out that other people put sweet things on it, and I thought that was really weird. I’ve tried it that way, but I still prefer salt and pepper. Even with the slight sweetness of the challah instead of normal bread.

My wife had another appointment at lunchtime, and this time I walked up the street with her and Scully, and I sat at a cafe with Scully and had lunch while we waited for her. This was better than being at home, as Scully doesn’t seem to mind being out alone with me – it’s only when we’re all home an my wife leaves that she gets really upset.

I had an açai bowl for lunch. I love these things. It’s totally like having a huge bowl of ice cream for lunch, except everyone thinks you’re being healthy! It’s just win-win. 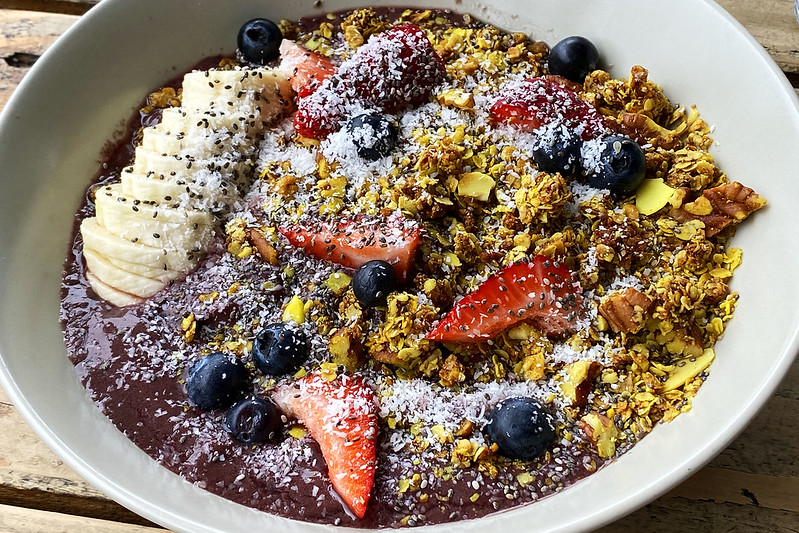 And then for dinner tonight my wife felt like having something fast and greasy, so we went up the street to a place called Plan B, which does American style burgers and sides. I had the chilli cheeseburger. (N.B. This was several hours later than the açai bowl. I’d had time to get hungry again.) 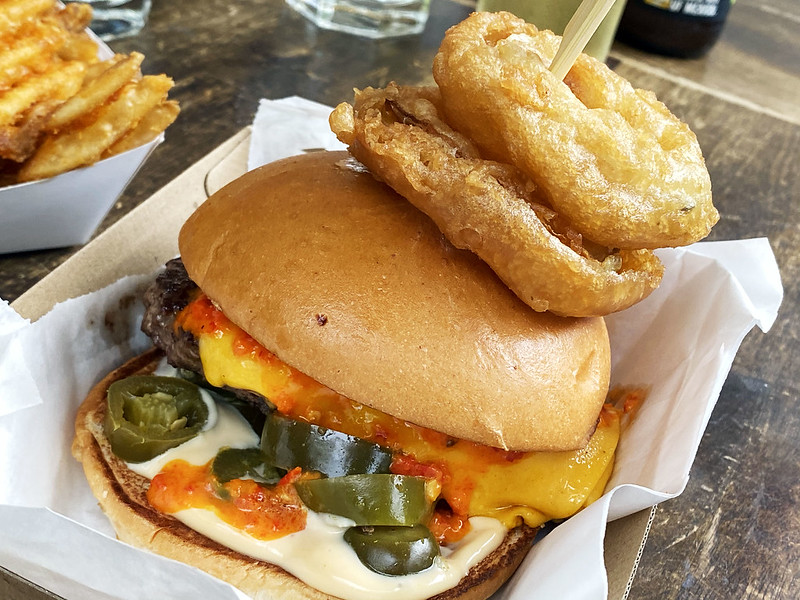 I’m savvy enough to know that perhaps this is not authentically American, but to an Australian this style of burger looks very American, with the mayo and the melted cheese and stuff, and the lack of tomato and lettuce. It was indeed particularly greasy, and I’m not a fan of this “American style” processed cheese, but it did taste pretty good. Overall, it was a positive, but I don’t feel compelled to return here again in a hurry – there are several nicer meal options in the area.

Oh, in other news, I’ve hit a 150 day streak of Italian language practice on Duolingo again. I had a slack period at the start of the year, but I’m back into making sure I do a few minutes of practice every day now.