Writing Friday night’s post on Saturday morning, because last night was the huge Magic: the Gathering games night event that I’ve been organising for weeks. So, now that my friends have been surprised, I can finally reveal some details!

I put together a cube draft tournament, selecting 360 Magic cards from various different sets, and randomly distributing them to produce 24 faux boosters, for the booster draft format. I even printed cover pictures for the faux boosters and sealed the cards inside. Here’s a picture of the 24 faux boosters – There’s a theme, which you might be able to recognise. Be quick, I’m going to spoil it in the next paragraph: 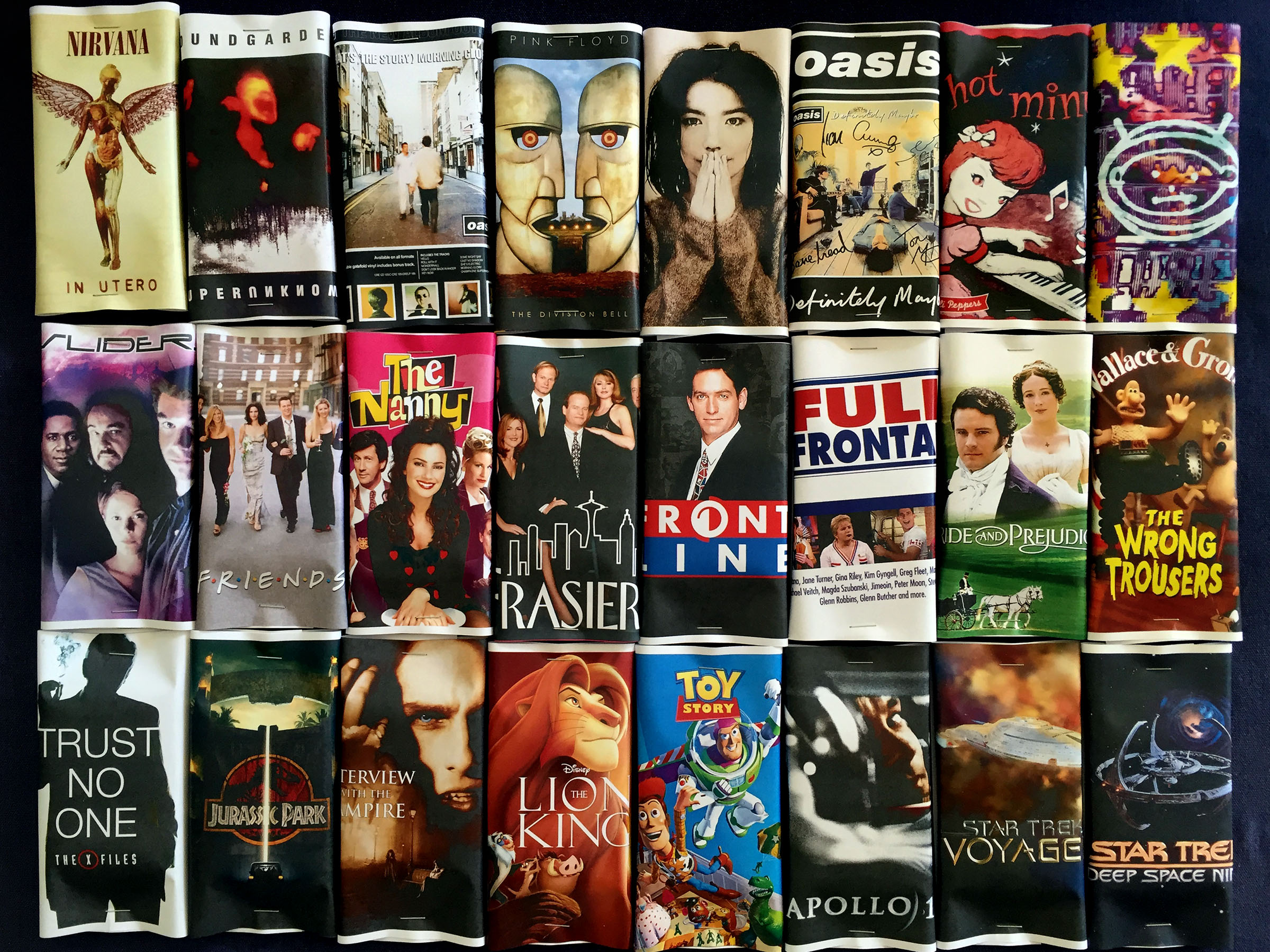 The theme is that all these things were released in 1993-1995. Not coincidentally, Magic: the Gathering was released in 1993. The gimmick with this cube draft was that many of the cards I selected were from some of the very early released sets of Magic. Now, some of those cards were very powerful and have never been reprinted, so they are scarce, and thus have become insanely valuable over time. The best known are the so-called “Power Nine” cards, which now change hands for prices of the order of several thousand US dollars each. I started playing Magic after these cards had stopped being printed, so I don’t own any of them. But I have a friend who started playing Magic before me, and he has a full set of all these early sets, including not only the Power Nine, but also dozens of other rare and very valuable cards. (If you know Magic, he has complete sets of Unlimited, Antiquities, Legends, The Dark, and an almost complete set of Arabian Nights.)

He hasn’t played with those cards for some time, and wondered if I would like to use them in games with my Magic playing group. Needless to say I leapt at the opportunity to borrow them! I selected 360 of the most powerful cards I could get my hands on, including some cards from more recent sets from my own collection (I kept track of ownership in a spreadsheet). I double-sleeved the cards to protect them, then created the faux boosters ready for playing.

My friends had no idea what I had prepared; I’d only told them that I was organising a draft tournament and would provide all the cards. To get into the spirit of “old timey” stuff, I suggested we get dressed up in jackets and ties, and I brought several bottles over to make cocktails. While we waited for the last players to arrive, they speculated on what was in store. Someone suggested I had made an entire self-designed Magic set based on a James Bond theme. 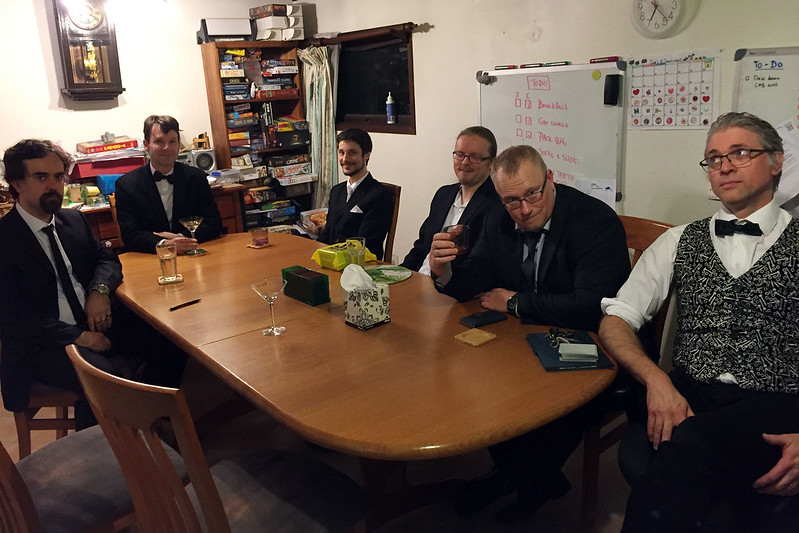 When everyone had arrived, I handed out the first booster packs. Everyone was intrigued by the cover design but nobody picked up on the theme. Then when they opened the packs and saw the cards within… It was great. Many expressions of shock and disbelief as most of them saw for the first time with their own eyes renowned cards they’d only ever heard about in hushed tones before, and realised they were going to get to play games with them.

We went through the rounds of drafting, with many expressions of incredulity at the cards they were seeing. And then built our decks and played the games, which led to several epic and hilarious plays throughout the evening.

For those savvy with the game, one memorable incident from a game I played: I mana-accelerated into Eureka, thinking my hand stacked with huge creatures would prevail over whatever my opponent had. He put out Nicol Bolas, which bemused me because he didn’t have the necessary lands to pay for the upkeep. But then he put out Tawnos’s Coffin, which I thought would neutralise one of my big creatures, but then he activated it to exile his own Nicol Bolas, and I realised his cunning plan. On his next turn he played the last land he needed to pay Bolas’s upkeep, and unleashed him from the Coffin…. and it was all over red rover for me, as Nicol Bolas proceeded to pound me for huge damage until I was dead.

By the end of the night, much fun had been had by all, and everyone agreed it had been one of our most memorable Magic tournaments ever!