Today on a Reddit sub that I read people were posting photos of sunsets they had taken. I posted this one, which I took at Port Willunga in South Australia some years ago: 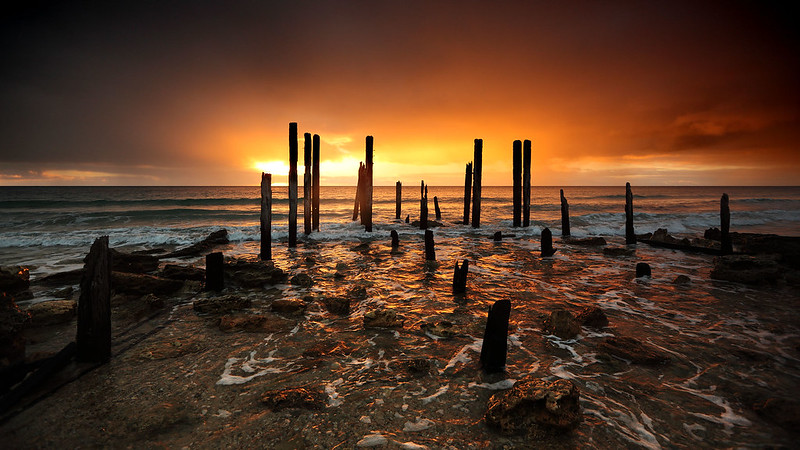 One person asked me if I’d “tweaked” the photo from the original, or if this was the original photo. Here’s what I wrote in response (edited slightly for clarity):

I captured the original image in RAW mode, which basically just counts the actual photons in each colour channel of the camera. To make a JPEG file, it’s necessary to process it in at least some minimal way. Raw photon counts do not accurately track the human eye’s sensitivity to light, so if you just convert the raw numbers to RGB channels in a JPEG in a linear fashion, the image always looks dull and washed out. To get an acceptable image for computer display, you have to at the very least apply a tone curve – a non-linear mapping from photon counts to RGB intensities. In a camera that saves JPEGs, it does this processing automatically, and the JPEG you get is “straight out of the camera” in some sense.

My camera can capture in RAW mode, which I prefer, because I can adjust the tone curve at processing time, rather than use the default. This is a first level of processing where human judgement comes into making the picture look artistic.

The next level is choosing the colour balance. The human eye adapts to changing light conditions with an effect known as colour constancy – a blue object appears blue to us under white light, yellow light, green light, etc. A camera can’t tell what the overall lighting tone is, so a human needs to make that adjustment so that the photo better represents what a human would have perceived under those lighting conditions. Again, you can aim for varying levels of realism versus artistic representation.

The camera also introduces various distortions in shape and colour. The main one of interest in this photo is the vignetting, or darkening around the edges. This is an artefact of the lens, usually observed at the widest apertures, and does not reflect reality, but is so familiar to us in photos that it is perceived as an artistic effect. In processing you can choose to either remove the edge darkening to better reflect reality, or leave it in (or even enhance it) to enhance the artistic effect.

Finally, when dealing with my best photos, I often do detailed editing in Photoshop, adjusting the tone and colour and contrast locally by varying amounts in different parts of the image. I don’t remember exactly what I did with this one, but I’m pretty sure I applied this sort of detail editing quite a bit. Oh, I also straightened the horizon by rotating the image a bit. 🙂

The RAW image as processed into JPEG by the camera manufacturer software’s default tone curve looks like this: 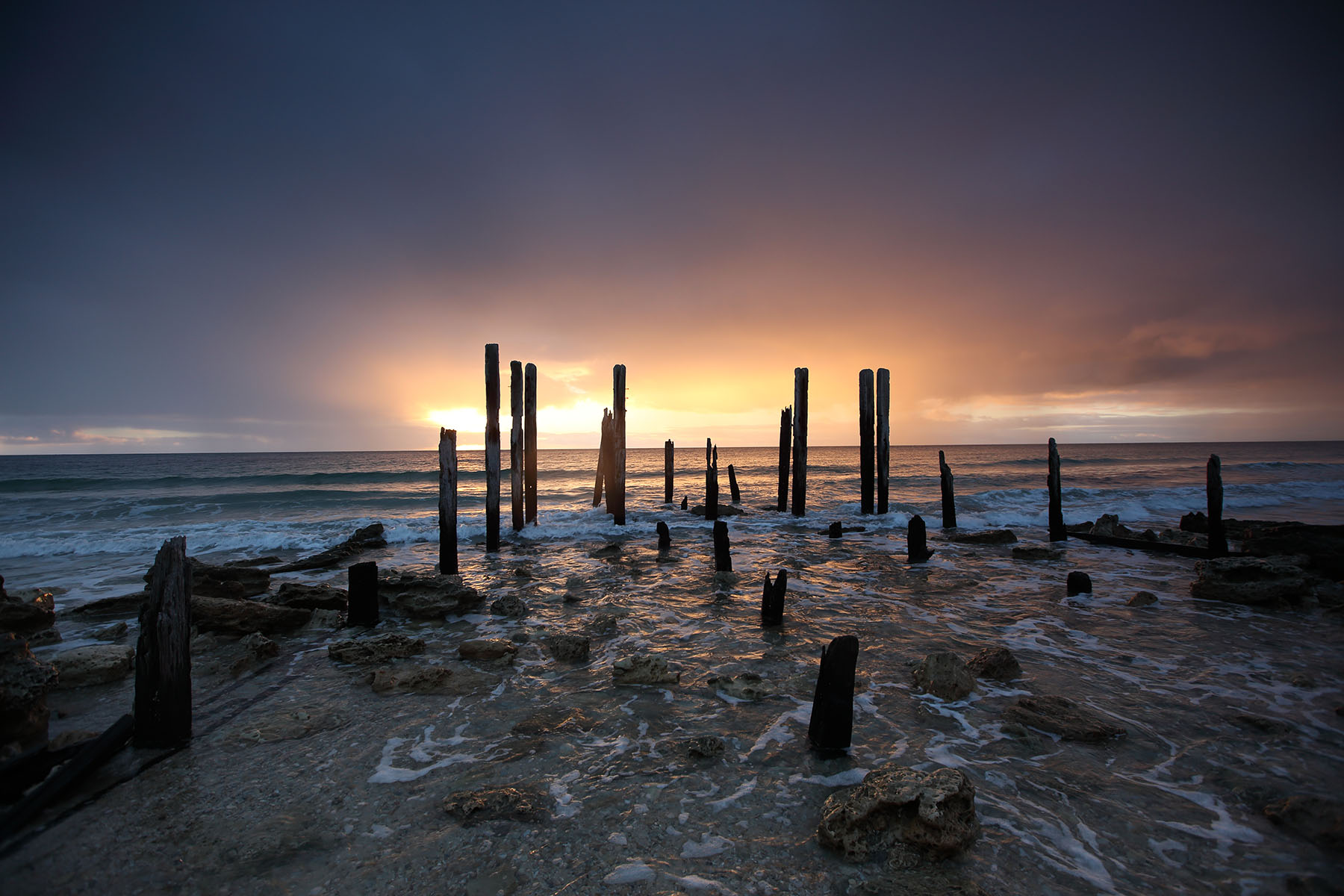 So yes, there’s quite a big difference between that and the final version! But photography is an art, with artistic decisions made at many stages in the process. The final image better reflects my personal feeling of being there at that beach on that evening than the default image does. Unprocessed photos of sunsets often look underwhelming compared to the sense of being there yourself – because you really need to add some heartfelt artistic interpretation to the image to better capture that feeling.

Any photographer who tells you that an unprocessed image is “better” because it better represents reality is kidding you. Photos never accurately represent reality, because they can’t.

The one important take-away is that an “unprocessed” digital photo is still processed, just with some default generic decisions that somebody at a camera company made. There’s no reason to ever assume those default decisions are any better than processing decisions made by the individual photographer under individual conditions. In fact, for most purposes they can’t possibly be. Only the photographer knows what the intent of the image is, not the camera company.

So, that was my rant about processing photos. Some people occasionally express the opinion that digitally processing and adjusting a photo is somehow “cheating”, and that only the photo straight out of the camera is a true representation of reality, and therefore is somehow better or more pure. That’s simply not true, because photos straight out of a camera are affected by imaging artefacts and are processed according to the manufacturer’s algorithms. In one sense that actually makes them worse than photos edited by the photographer – though I’ll settle for just “different interpretations”.

Apart from that, today I mostly worked on writing a new Proof that the Earth is a Globe, but it’s not ready for publication yet. Hopefully tomorrow.