I’ve got a couple of new kitchen gadgets. Firstly, I’ve been making sourdough bread since December last year, when one of my friends gave me some starter. I’ve kept that starter going and been baking a couple of loaves every week since.

One of the things you need to do is slash the dough just before putting it into the oven. This breaks the skin that has formed while the dough is rising, and allows the bread to expand as it bakes, making the texture lighter and airier. Up to now, I’ve been slashing the dough with a sharp kitchen knife, but that doesn’t work perfectly because the blade has some thickness to it, and it drags through the dough, squashing it down a bit as you cut.

True bread artisans use a tool known as a lame (not pronounced the way you think). It’s basically a razor blade on a handle, so you can slash the bread without slashing your hand. My friend has been using one for ages and told me about it, but I hadn’t got around to getting one until just recently. I used it today for the first time… and it is indeed much better than using a knife. Check this out: 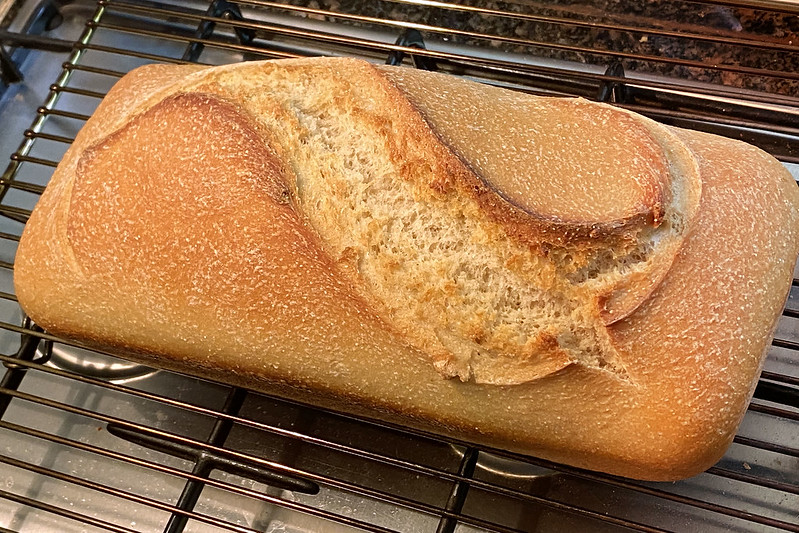 I may also be able to do some interesting new patterns in the loaf. The other thing I got was some muslin cheesecloth, which I’m going to use to try making labneh, after seeing it done on a cooking show recently.

Other things I did today: Wrote some Darths & Droids strips. Went on a long walk with my wife and Scully, to get some things from the Italian bakery. 2.5k run.