This morning I took the opportunity to go for a run. I haven’t done any for a while, so I started easy and went at a slower pace. I started thinking I’d do 2.5 km, but I decided to extend it a bit further, and ended up doing 3.2 km. It felt okay but I was starting to wane near the end. I want to build back up to 5k again if I can.

I did some comics stuff in the morning, then went for a long walk over to the new bakery I discovered yesterday, to try it out for lunch. On the way I took a photo of St Leonard’s Catholic Church, which is a landmark visible across much of the surrounding area with its tall copper spire. 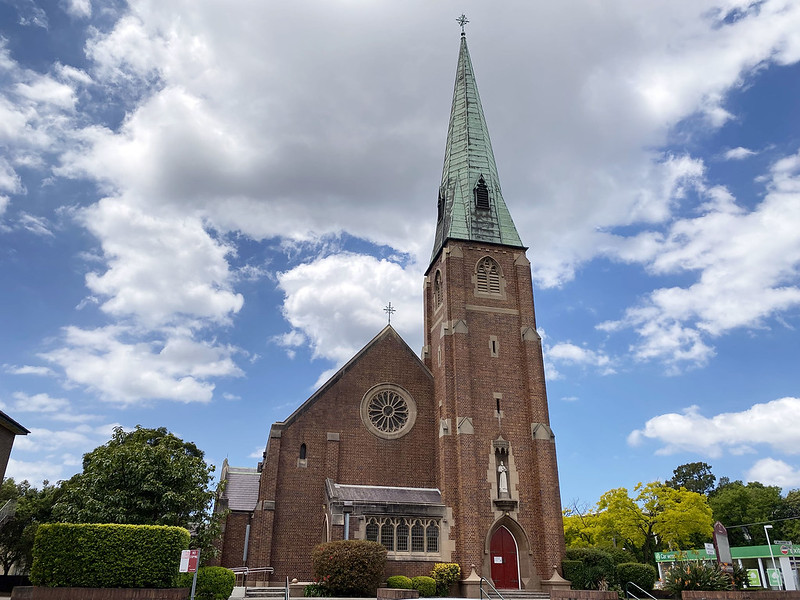 When I got there and went inside, it was very weird – they had several of exactly the same things as the Grumpy Baker over at Waverton. The pie selection was identical, and they had Nutella babka – the only place I’ve ever seen that before is at Grumpy Baker. If I didn’t know better, I’d believe that they were going over to Grumpy Baker first thing in the morning and buying a bunch of stuff to resell under the guise of a different bakery. Anyway, I tried a pie and a sausage roll. And they did have some things that Grumpy Baker doesn’t make, including vanilla slices, so I had one of those too. I’ll add the review to Snot Block & Roll in a day or two when I get time.

On the way home I picked up Scully from my wife’s work, and took her home via the slopey park where she does ball chasing and fetching. We had a bit of a play with the ball before she got tired and decided to have a rest. I joined her for a lie down in the grass too, and we both just laid there for a while. Nice and peaceful. 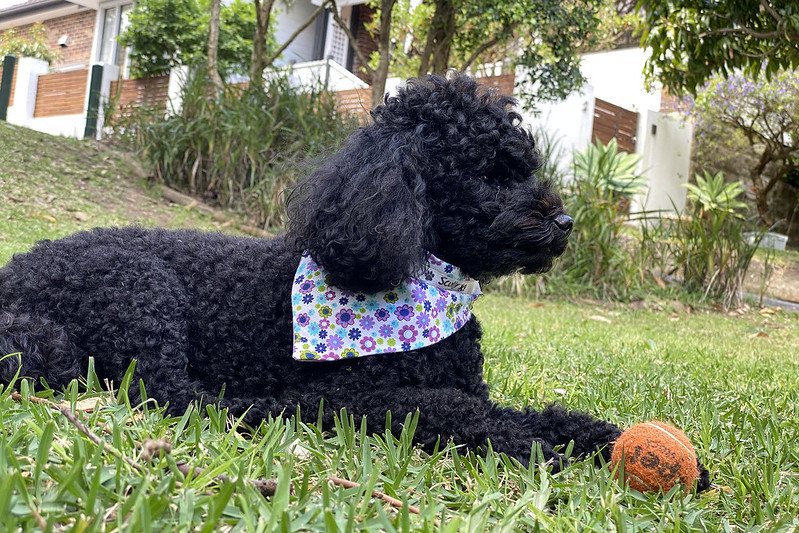 But on the way there we passed the brand new pedestrian island in the middle of the road. It’s not a main road, but it does get a lot of traffic. The council recently widened the pedestrian refuge in the middle and installed safety barriers. But today… 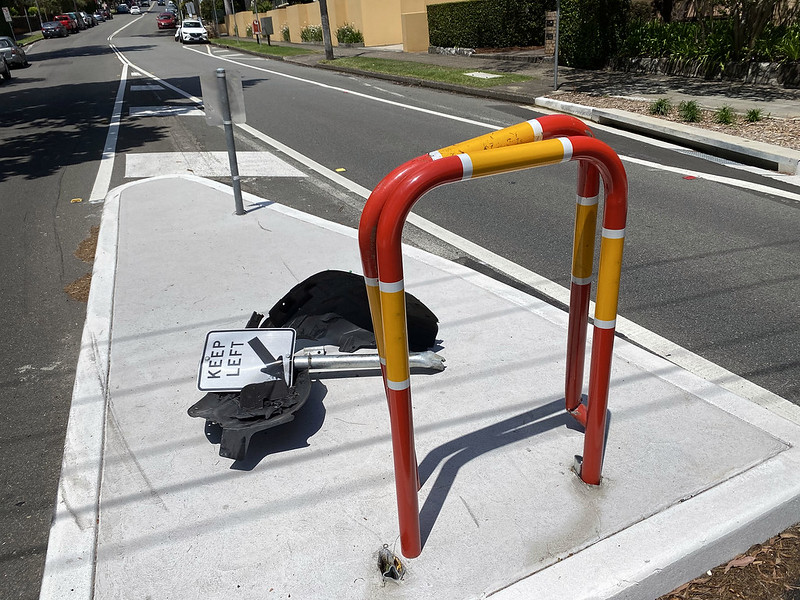 Someone had ploughed right through the “Keep Left” sign, the first pedestrian safety barrier, and half-removed the second barrier on the far side. I really hope nobody was standing there when it happened, or they would have been severely injured, if not killed. I think it might have happened while I was out getting lunch too, because I didn’t see it messed up like this when I passed it on my way out, and neither did my wife on her way to work this morning, though she did see it on the way home.