Mostly today I worked on writing Irregular Webcomic! strips. But in the middle of the day I went out with my wife and Scully for another walk within our 5 km radius. We drove over to the suburb of Riverview, which is naturally by the Lane Cove River. Here we did another walk along Tambourine Creek, the same creek we discovered two weeks ago. That time we walked upstream along the eastern bank, in the suburb of Longueville. But there’s a parallel track on the other side of the creek, in Riverview, and today we walked downstream towards the harbour. 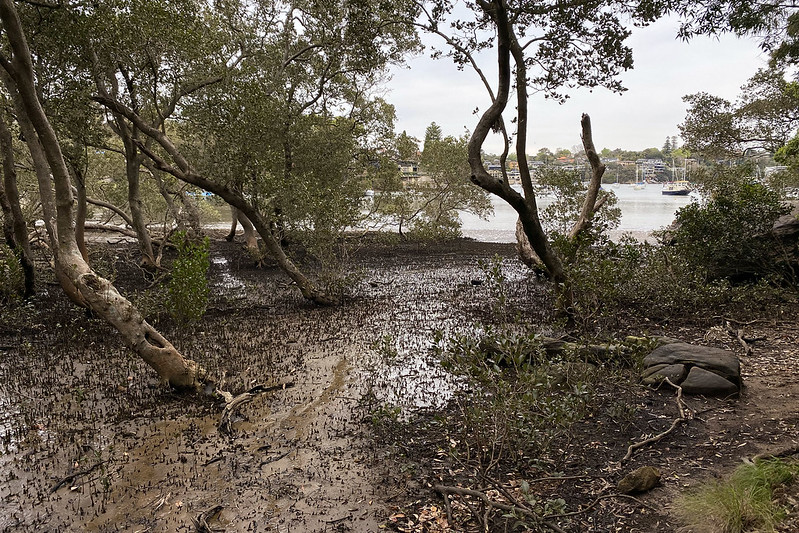 The creek itself looked similar to the photos I posted two weeks ago. But on this side the track went all the way down to the water, where there was a mangrove swamp where the creek emptied into the harbour. The tide was low, so the mangrove mudflats were exposed. 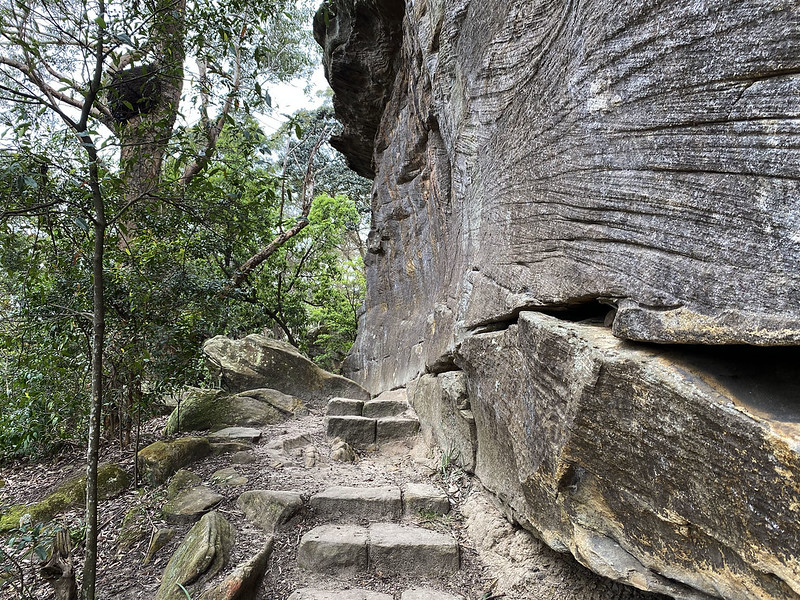 From here the track curved around the shore of the river, passing by this imposing sandstone wall. We spotted a kookaburra in one of the trees: 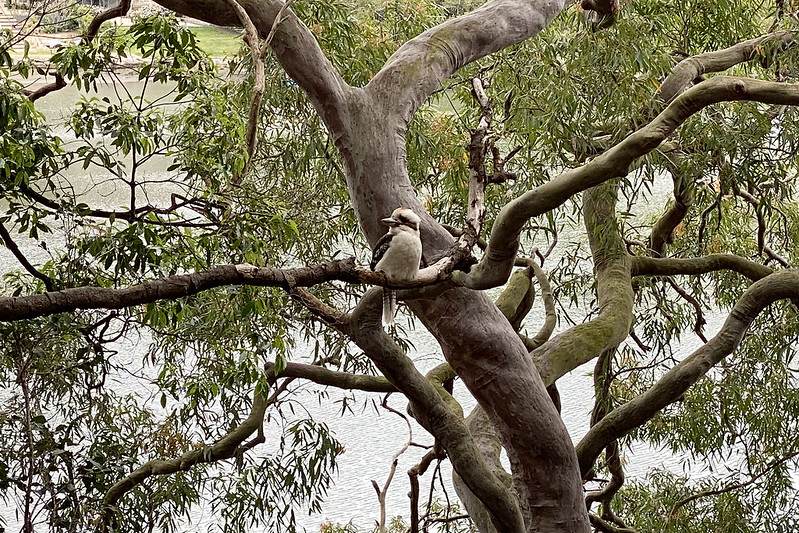 There were lots of birds calling, and I spotted several of them, recording 11 species on eBird. The track emerged on the shore of Tambourine Bay, an inlet of the river. 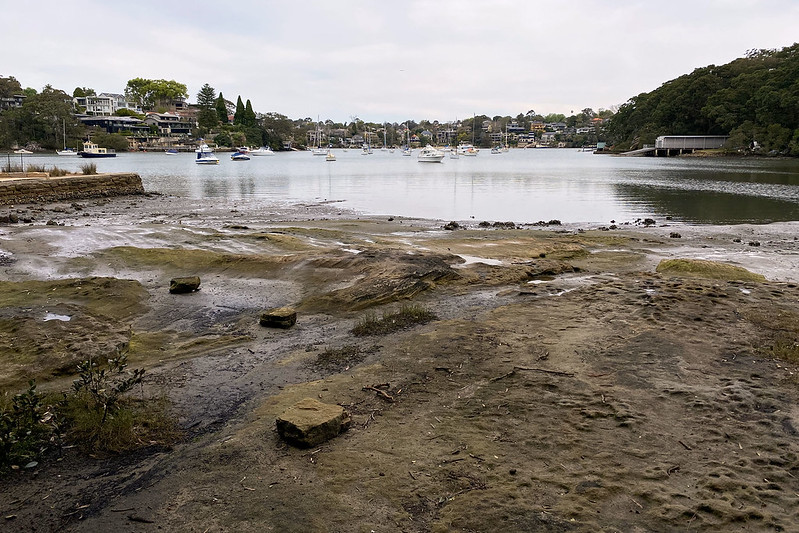 Here there was a grassy picnic area and park, with a few people enjoying socially distanced picnics. We returned back to our car via the streets.

Oh, the other thing I did this afternoon was tried to figure out if I could somehow set up my desktop computer and iPad so that I could draw on my iPad with my Apple Pencil and have it appear in a window that I could share live on Zoom. For my upcoming science classes, I want to be able to draw diagrams while the students watch what I’m doing, and it’d be much easier to draw with a Pencil on iPad than using a mouse on the desktop. I thought I might have to buy some apps or something to enable this.

But after searching briefly, I discovered Apple Sidecar. This is a feature that Apple added to MacOS and iOS two years ago, which lets you connect the two to set up an iPad as an extra screen for your desktop. It’s built right into the operating system. All I had to do was enable it in the desktop preferences, and bingo, suddenly my iPad was an extra screen! I could drag windows across from desktop straight onto the iPad, and work with them there. And, importantly, I could drag a Photoshop window over to the iPad and draw directly into it with my Apple Pencil.

It just worked. More than that, it has cool integration features so that you can access all the critical Photoshop menus and control right on the iPad, without having to select them on the desktop UI.

Within a minute of Googling how to do it, I was drawing on my iPad right into a Photoshop window. And I tested that I could share that window with Zoom – yep, it all just worked! Wow. After many experiences trying to get computer stuff to work, this was a real breath of fresh air. Good job, Apple.