Rather than just light rain today, we had a full on summer thunderstorm.

That was the rain radar image at one point. It was spectacularly heavy rain and intense lightning and thunder. The thunder just kept rumbling and more lightning would add more thunder before the previous peal had died away, so it was continuous rumbling thunder for several minutes at one point. Before the storm (which hit about 4 pm) it was very warm and humid – very tropical feeling weather.

I spent the morning shooting photos for Irregular Webcomic! My wife was back at the office for work, so I had time alone to spread the Lego boxes all over the floor and generally make a mess, before cleaning it all up in time for her to come home. So she doesn’t know about the mess… except she reads this blog so now she does!

Also today I received a package in the mail, all the way from the USA. I did a food swap with a friend in the US, and they sent me a bunch of American foods, while I sent them a bunch of Australian stuff. 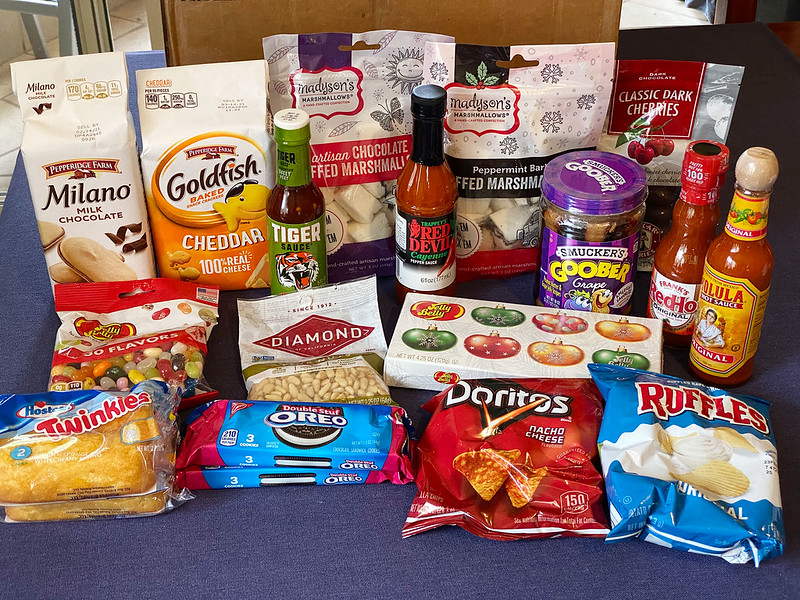 Some of these things I’ve had before and know I like, while some will be a new experience, including the Twinkies, Goldfish Crackers, stuffed marshmallows, Goober Peanut Butter and Jelly. And I told them I like hot sauces, so I got a cool selection of new ones to try! It’ll take me a while to get through all of this stuff.