I did a lot of walking today. This morning I went with my wife and Scully on our regular weekend walk, over to the bakery and back via a circuit route. We stop along the way to buy bread and my wife gets coffee, and then we stop by the water on a grassy area so I can throw a ball and Scully can chase and retrieve it. The route covers about 5.5 km.

After lunch, we dropped Scully off at the dog groomer for her wash and grooming session. With a few hours alone to do stuff, my wife and I decided to head into the city to check out the new(ish) Barangaroo development. Neither of us have been there before – it’s a former industrial site now converted to parkland, office, retail, and dining space. The park and a dining district are finished, but there is still construction work going on at the new casino complex.

To avoid public transport, we drove in. I found a park on the street, with metered parking at $4.40 an hour. We only needed two hours. The user interface of the parking meter started with a maximum four hours, and I had to press the minus button a few times to set the required time to two hours, then I tried to pay by tapping my credit card on the contactless payment pad. The screen informed me that the tap didn’t work, so please insert my card. I inserted my card so it could read the chip… but I hadn’t noticed that in between it had reverted back to the default four hours! So I ended up paying $17.60 instead of $8.80 for two hours parking! Very annoying.

Anyway, after parking we walked around the park area, which was very nice. It’s situated on a point facing north and west into the harbour, away from the city centre. This photo is looking north-east towards the Bridge. 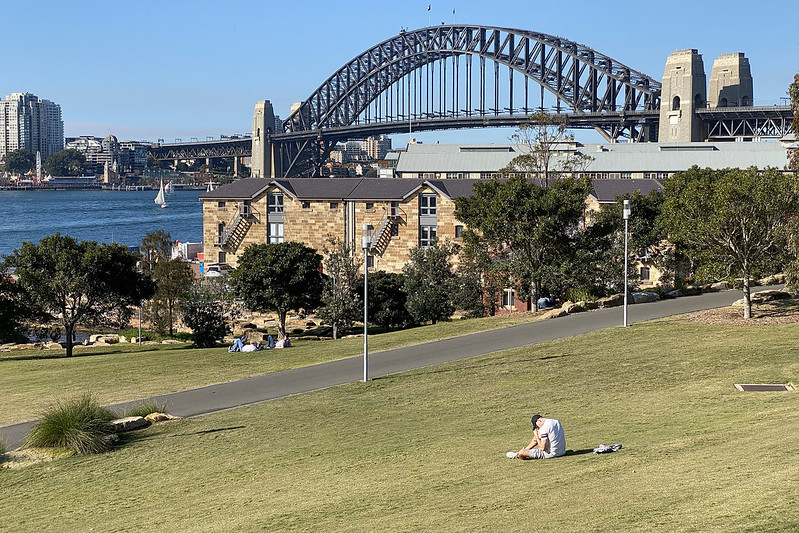 And this is looking north across the harbour to North Sydney. 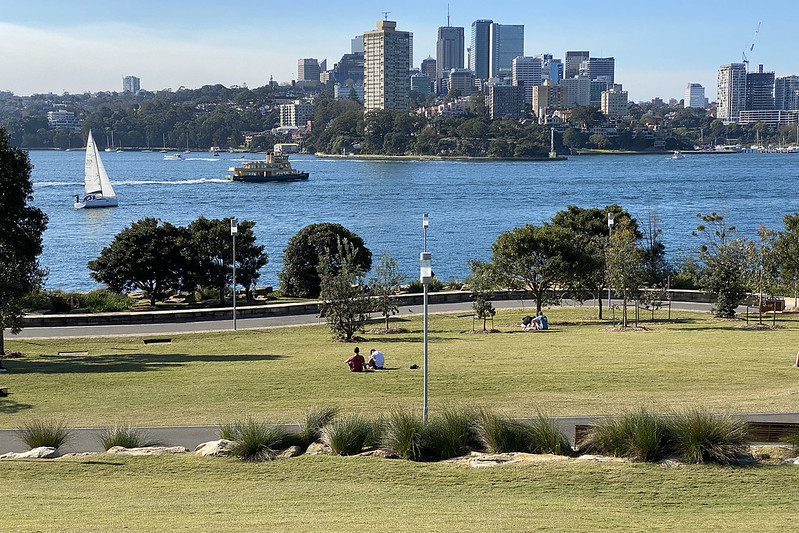 I expect on a normal Saturday this place would be packed with people, and many of them tourists. But at the moment there aren’t any tourists and locals aren’t really travelling around much either, so it was sparsely populated, although there were several groups of people out and about enjoying the fresh air and the warm winter afternoon. It definitely felt like spring was in the air, with flowers out and bees buzzing around. 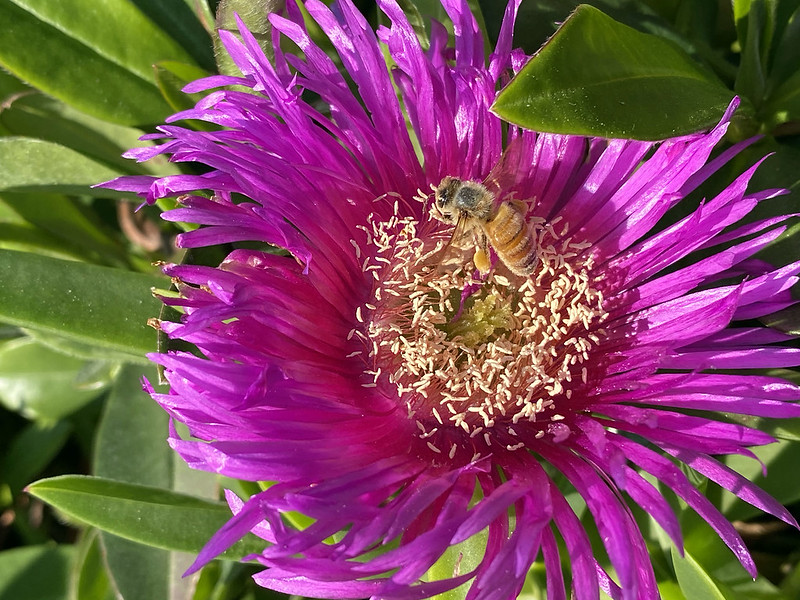 The park is nice to sit and enjoy the view, but there’s not much else there, so we walked south past the casino construction site to south Barangaroo, where there are lots of shops and restaurants. We tried to find a simple cafe to sit and have a drink, but everything that was open was a fancy bar/restaurant, with people having meals and glasses of wine. A lot of the smaller establishments were closed – I expect for lack of tourist business at the moment. So we just looked around before walking back to the park for a bit more and then back to the car to head home.

It was a nice outing, and I’m glad to finally have had a look at this new public space that hasn’t been open for very long.