This morning I spent taking photos for the new batch of Irregular Webcomic! This involved cleaning my desk off for setting up the Lego sets, which prompted me to do a proper dusting and cleaning… and then of course I had to clean a bunch of other dusty surfaces around the place. Oh, and I also had to clean up the balcony after yesterday’s super windy conditions and the toppled plant mess that I hadn’t cleaned up yesterday.

My right thumb is a bit swollen and red from the bee sting, but it doesn’t hurt, unless I put pressure on it. Hopefully it’ll be fine in a few days.

I went for a walk to get lunch, and then took a long way home, going along three bushwalk tracks which skirted the edge of the harbour, in and out of the coves along the way. 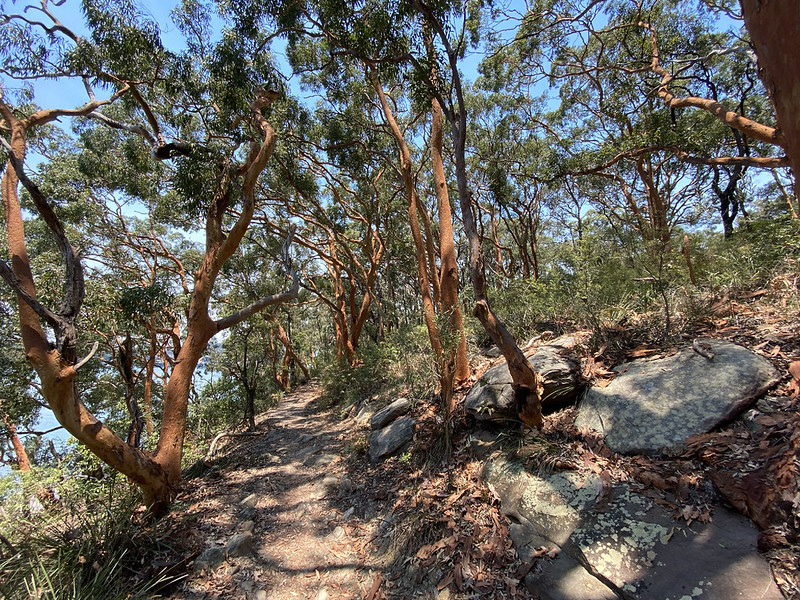 It’s nice being able to walk along paths that look like you’re in the middle of nowhere, even though you’re really in the middle of a big city. Occasionally you get glimpses of the city through the trees. 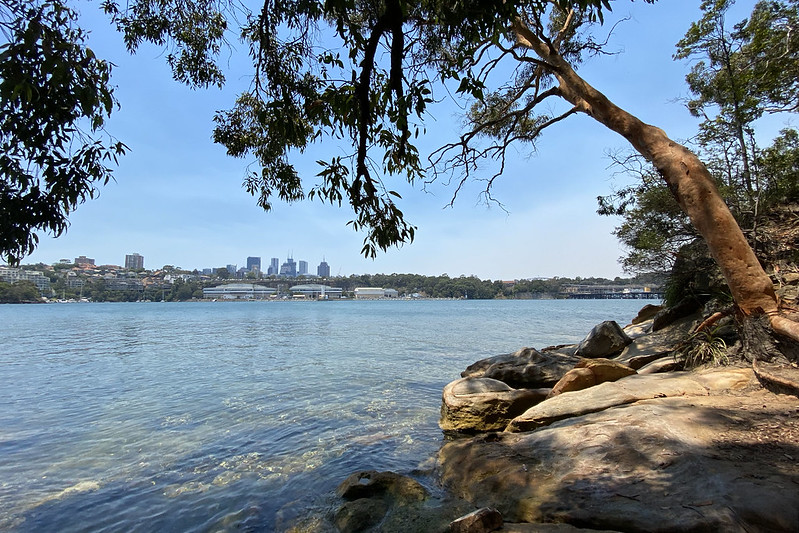 This area was home to a tribe of Aborigines at the time the English settlers arrived in Sydney, and there’s still evidence of their inhabitation, in the form of shell middens and carvings in some of the rocks.

In the afternoon I started assembling the photos from this morning into new comics. I still have most of them to do, which will take another day or so of work.