Today was the presentation by my Science Club kids at their school assembly, in front of the whole school. (I wrote about the preparation for this here.) Since it was at 2 o’clock, I decided to head out and get some lunch somewhere nearby, and then head to the school after that.

I went to a Spanish tapas place at Dee Why, a beach suburb. Here’s the view from my lunch table: 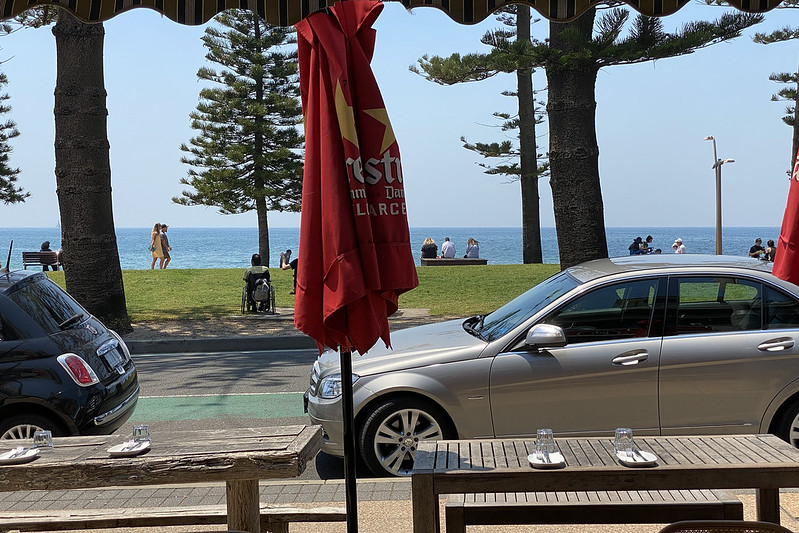 The meal was pretty good! I’ll have to come back some time with my wife and Scully. After eating, I went for a brief walk along the beach: 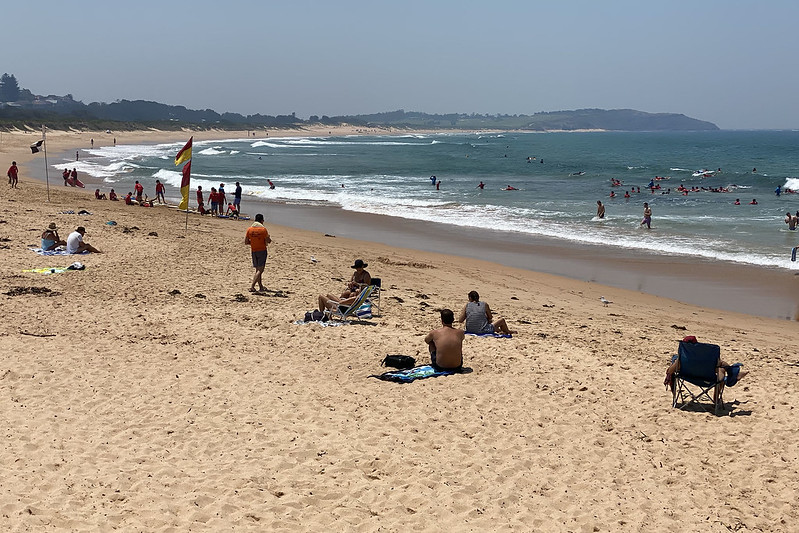 And then back to the ocean pool at the southern end of the beach: 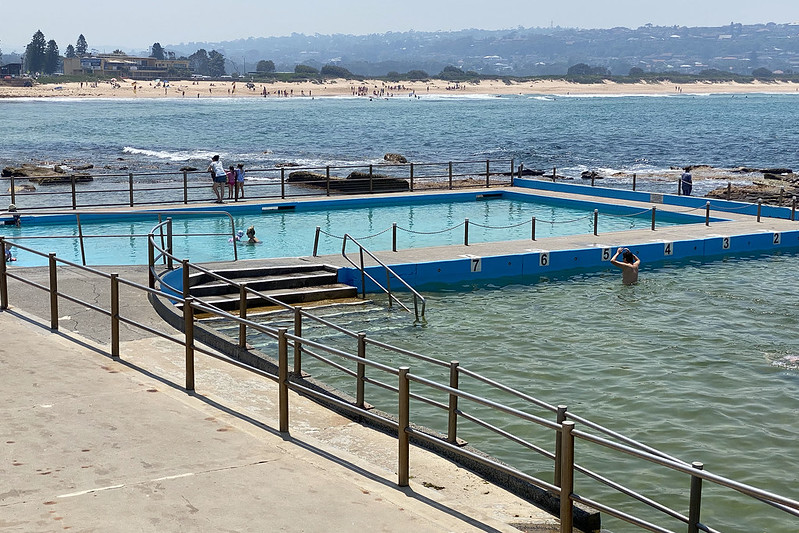 There were a lot of people out for a Thursday lunchtime, enjoying the warm but not-too-hot late spring day. There’s still a bit of bushfire smoke in the air, which you can see in the photos, but it didn’t smell particularly bad today. Far out to see I saw a giant yacht on the horizon (a racing yacht, not a motor yacht). It must be out there with the crew practising for the Sydney to Hobart Yacht Race, which begins on Boxing Day.

The extra wide lens on my new phone camera is pretty cool: 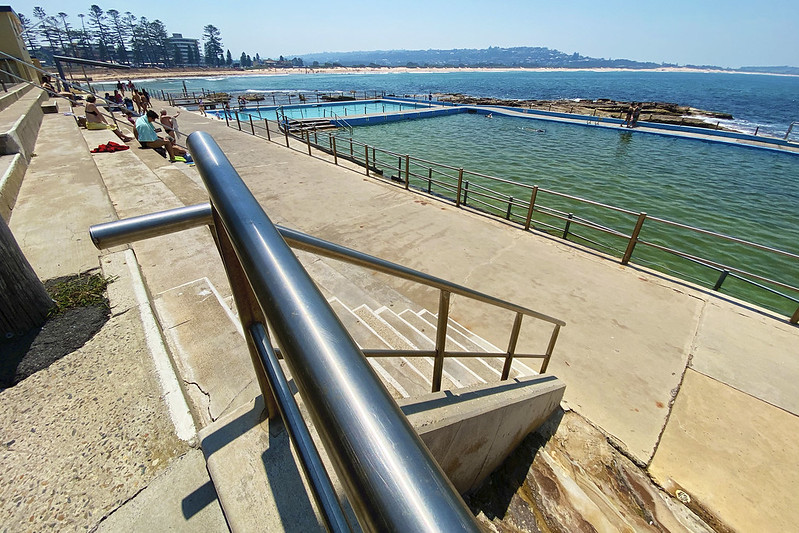 I drove over to the school and checked in with the science coordinator. She said that the preparation I’d done, writing a script for the kids to read along with the slides, couldn’t be found because the girl I’d written it with had been away for a week and hadn’t told anyone where she saved the file! So the other kids had had to write their own script from scratch!

At the school hall, there were a couple of rows of seats in the back for parents, although there were only a handful there. A woman came up to me and introduced herself as Belle’s mother, Belle being one of the girls in the Science Club. She thanked me for volunteering my time at the school and helping out with the kids’ science education, and said Belle was really keen on science. I said I enjoyed doing it, and especially showing the kids that if they like science then it’s possible to have a career doing it. We chatted for a bit before the kids filed into the hall.

There was some preliminary with kids getting weekly merit awards, and then the Science Club kids gave their presentation using the slides I’d prepared. Their script was a little bit wrong in places, but I don’t think it mattered much. It was great to see the kids on stage talking about all the experiments we’ve done this year.

Afterwards I chatted some more with Belle’s parents, until the bell rang and classes were dismissed, and Belle arrived. Her mother took a photo of me with Belle! Although I didn’t really do much at the school today, it was good seeing the presentation, and meeting Belle’s parents.

Then I had to drive home… On the drive out there, I’d seen just how much devastation there was from the storm on Tuesday. One road I drove along had trees down every hundred metres or so, in some cases with power lines still down and safety tape around the site. Some of these had power company workers busy clearing the trees and restoring the power lines, but others were completely unattended. Clearly they don’t have enough workers to get to all of the downed lines at once. I heard on the radio news while driving that the job is so large that they expect up to 20,000 homes to remain without power over the weekend. It was incredible seeing so many destroyed trees.

At home I’ve been working on a new 100 Proofs that the Earth is a Globe post, but it won’t be ready today – hopefully tomorrow.

One thought on “Science assembly presentation”