Almost two years ago now a friend mentioned to me that she was using an online teaching platform called Outschool, to arrange home schooling classes for her children. She mentioned it to me because some years ago we’d played a couple of GURPS roleplaying campaigns…

… and so she knew I was into running tabletop RPGs. I’d also mentioned to her that I was volunteering to teach schoolkids science and ethics at a couple of primary schools. She connected the dots and mentioned that on Outschool there were people offering classes that were essentially D&D games for kids, and that maybe I’d be interested in signing up to do the same.

I went home and checked Outschool, and they said they accepted teachers from the US, Canada, and Australia, so I signed up. But then a few days later I got a message saying my application to teach was rejected because they only supported teachers in the US – and the Help pages had been updated to reflect that change. I inquired by email, and they said they’d just changed their rules, but they hoped to reopen for teachers in Australia in the future.

Fast forward to a couple of weeks ago, when I got reminded of Outschool by a news email from them. It didn’t mention anything about Australian teachers, but I decided to take a quick look at their site again, and lo and behold, the Help pages had been updated to indicate they are now accepting teachers form the US, Canada, Australia, and New Zealand!

So I decided to complete my application to become a teacher on the site. Two years ago they only required a written application, but now they want a 3-5 minute video introducing yourself and showing a sample of teaching something. I’ve been busy for the past week, but today I sat down to record a video. I recorded a brief piece about the history of astronomy, in particular how the ancients regarded and used stars to track the passage of the seasons, leading up to Angelo Secchi’s 1863 discovery that the stars are similar to our sun – or to put it another way, that the sun is a star. Prior to this, nobody had ever known that.

I finished my application, listing my background and experience in teaching, and uploaded the video. The form said it would take a few days for applications to be processed.

But just a few hours later I’ve received an email from Outschool, saying that my application has been accepted! There’s one more step, which is a background check to ensure that I’m okay to work with children and don’t have a criminal record, but that won’t be a problem since I’m already approved by the NSW Government to teach children. It’ll take a bit of time, but once it’s done I can start offering classes to children all around the world! (Or at least in the US, Canada, Australia, and NZ.) And the time zones work out great, because late morning here is early evening in North America, so I can get students from all the countries in my classes at once.

I’m really excited about this – both because I love teaching kids cool science stuff, and because it will (hopefully) provide a moderate income to supplement what I’ve been making so far from my photography, and thus help me in my goal of not having to find an employer again.

Anyway, that’s been my day, pretty much. I made a 4 minute video, but that took all morning, with several takes, and then editing to add illustrative slides and so on. And then I had to complete the text parts of my application, listing all my experience and qualifications and then writing some sample class outlines. I had a bit of a relax this afternoon, taking Scully to the dog park, and cooking dinner and the usual stuff. But I’m mentally exhausted!

Today was my first visit to Brookvale School for the new school year. I had a new contact teacher there, after the teacher I worked with last year moved to another school. The new teacher organised a timetable for me, giving talks to the kindergarten and Year 1 and 2 classes, and also a 1.5 hour session with the new Science Club, for which she chose the students.

With the K-2 classes I gave a talk about the many different sorts of things that scientists do, including medicine, studying animals and plants to learn how they live, looking at rocks to work out where to dig for useful minerals, measuring volcanoes, drilling in ice to study the atmosphere from hundreds of years ago, astronomy, building robots, and making computer models of things. They all seemed fascinated to see all these different things, and the talk went pretty well.

For Science Club, the teacher initially gave me a list a few weeks ago, of 12 students. Only three of them were in the Science Club last year, so she’d clearly decided to give some new children a chance to participate. Then late last week she emailed me and said there were six other kids who were super keen to be in Science Club; would it be okay with me if they joined in? I said that would be okay.

I got there today, with a print out of the initial timetable the teacher had sent me, with the names of the original 12 students, but not the new six. As the kids filed into the library after recess, I asked them all their names, wrote name tags for them to wear so I could learn them, and also wrote down the names on my list.

I told them what sorts of things we’d be doing in Science Club, and then we started on some experiments. Today we were looking at properties of water. First up was looking at surface tension. I used an eye dropper to put drops of water onto a 5 cent coin on the floor, producing a bulging bubble of water, held on by surface tension. We counted how many drops I put on, before the bubble spilled and wet the carpet.

I explained to them how water was made of molecules of hydrogen and oxygen, and how the H and O atoms like to stick together, making an elastic skin on the surface of the water. Then we repeated the experiment, but with soapy water. This time the bubble was smaller, and I added fewer drops to it before it spilled. I explained that the soap had large molecules with one end that liked to stick to the water, but the other end pushed the water away. This made the skin weaker, explaining why the drop couldn’t get as large.

Next I got two glasses of water, one hot and one cold. I dropped some food colouring in each one, and we watched how it mixed into the water. In the cold water, the colour sank to the bottom and formed a layer below the clear water. In the hot water, however, it mixed evenly throughout. Then I explained to the kids that hot temperatures are caused by the molecules moving faster inside the water, and the faster moving molecules mix the colouring faster.

Finally we did an experiment in which I mixed iodine solution into water to make a brown liquid, and added some baby oil to form a clear layer on top. Then I shook the bottle to mix it all up, which encouraged the iodine to move from the water to the oil, in which it is more soluble. Doing so changes the colour to a bright purple, because the iodine colour depends on which liquid it’s in.

After a full day, I went home to relax. I typed out the names of the kids who I’d written down to send to the teacher, as a roll call. Then I noticed that the other timetable sheet she’d given my first thing this morning had the extra six kids’ names on it…

And the list of names I’d written down had three names not on that larger list. There were three extra kids in the Science Club who weren’t supposed to be there! I’m not sure if there was some sort of miscommunication, the kids thought they were in Science Club when they weren’t, or what happened. So I let the teacher know, and we’ll see what happens next time! 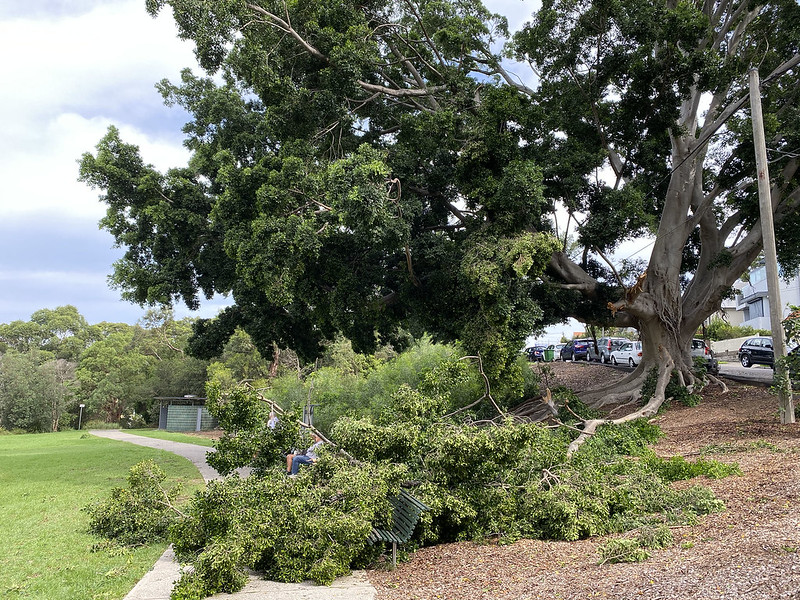 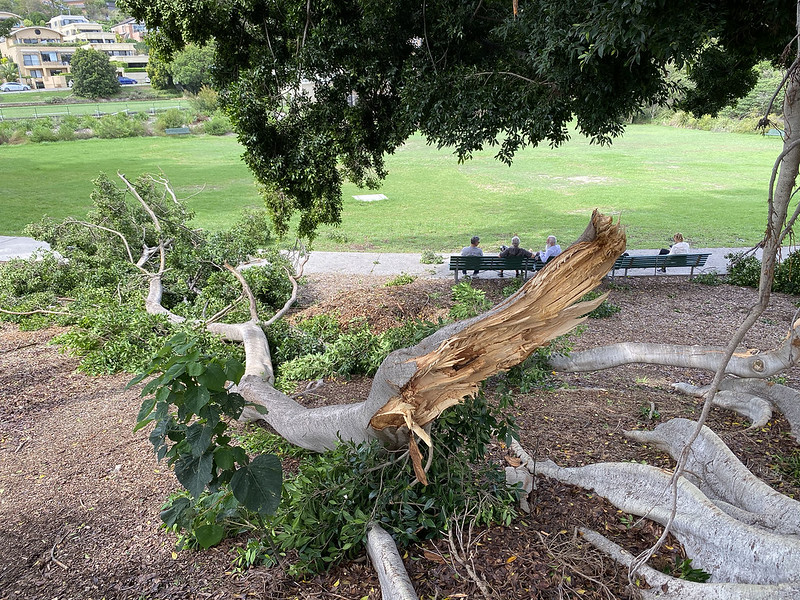 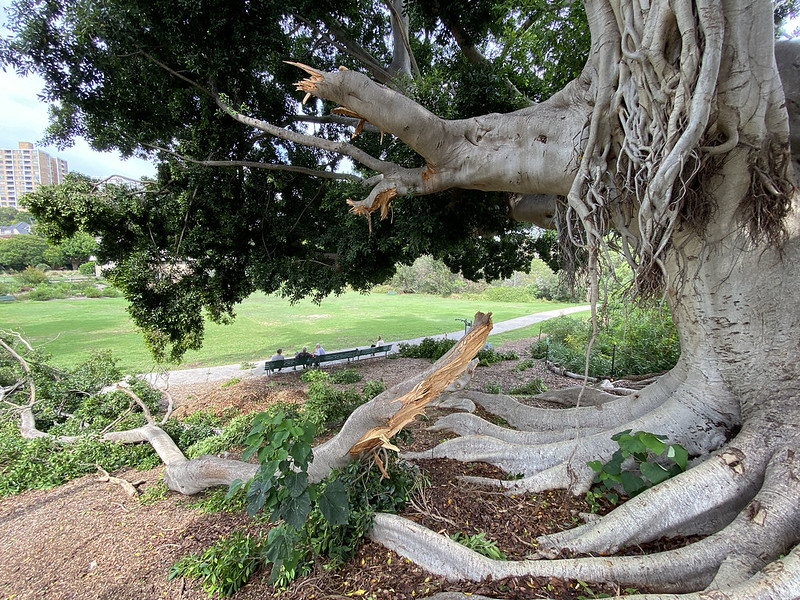