Today I did final preparations for Science Club at the school tomorrow. I checked all the lasers, got spare batteries, and copied the dimensions of the slits in the slides to a sheet of paper so I can read them easily during the experiment, rather than having to squint at tiny print. The blue laser is cool, but it’s difficult to see the diffraction patterns after passing through the slits – I suspect because our eyes aren’t nearly as sensitive to blue as they are to green and red. Hopefully it’ll work better in the dark library at the school.

This morning I did some grocery shopping. I do almost all the cooking at home and I like browsing around the vegetables looking for interesting things to cook with. Corn cobs were on special today, so I bought a couple. Not sure what I’ll make with them yet. Probably just boil them up and eat them on the cob, with something else on the side to fill out the meal. I also bought a chicken breast, but that’s for Scully. We don’t really cook meat at home, except on very rare occasions. (I don’t cook it very rare…)

My wife had her Rock School end-of-term concert this afternoon. Normally I attend in person, but today they were live streaming the concert and she was only singing lead on three songs, so I stayed home to get some other things done while watching the stream. I had to clean up a few messy piles of stuff that I’ve had eating up space on the dining table for a while.

For dinner tonight I made pasta with pumpkin, feta, walnuts, and chilli in burnt butter. It’s one of our favourite ways to have pasta – the nuts add a nice crunch which creates the range of textures with the soft pumpkin chunks, creamy feta, and al dente pasta. (Last night I made a frittata with potatoes, broccolini, caramelised leeks with balsamic vinegar and garlic, and of course eggs. It turned out pretty good, I thought. Taking a solid half hour to caramelise the leeks before doing anything else was worth it.)

The other thing I did today was process and upload a few more photos from my trip to Portugal back in May. Going through travel photos always takes a while, since I take a lot of photos! I started going through photos after our arrival in Porto. Porto is built on very hilly terrain: 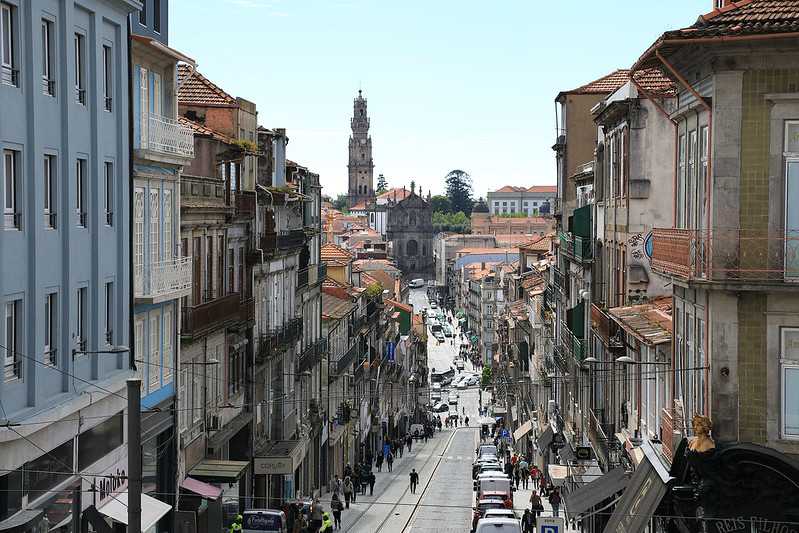 Here’s the Igreja de Santo Ildefonso, a spectacular church with azulejo tiles on the front edifice. 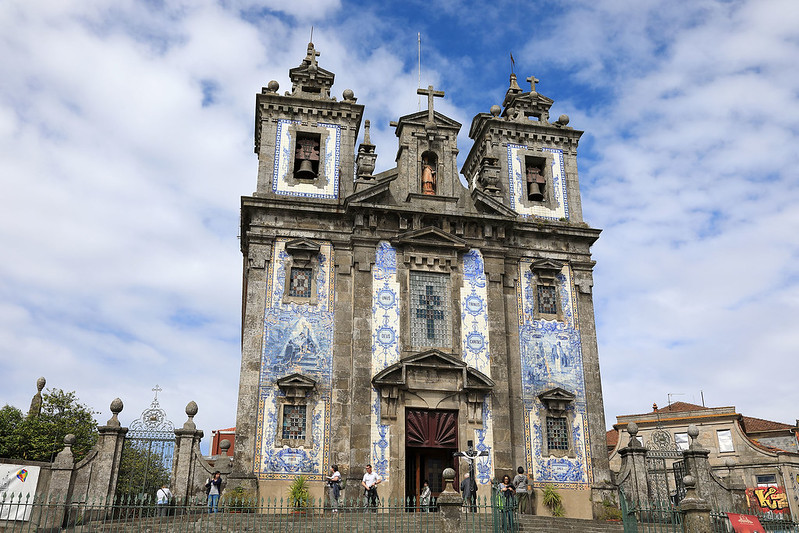 It’s Wednesday, Ethics teaching day. I walked to the school, taught my class, and walked home – a total walk of 8 kilometres. Well, I took a slightly indirect route home because it’s a more pleasant walk than along the main road.

Back home, I did a bunch of work for the ISO Photography standards committee that I’m still on. I started on this committee back with my old job at Canon Information Systems Research Australia. When the company decided to close down, I decided to continue working on the committee, since it’s a good way to keep up with professional photographic technology research, and I wanted to make sure Australia maintained its role in the international committee. Anyway, I had a bunch of documents to go through, so that took some time.

Then I spent time solving puzzles from the 2019 MUMS Puzzle Hunt, which started today. I’m part of the team “mezzacotta” with some of my friends.

In between I worked on integrating HTML/CSS to make the new mezzacotta Café look nice. Here’s the old original version. And here’s the new updated version made with our new mezzacotta Random Generator technology. The new version began with the same vocabulary a few days ago, but has had a few new additions made to it already. And it looks nicer!

This week is the first week of the third school term of the year, and on Wednesdays I volunteer to teach a class on Ethics to Year 6 children at a local school. This is part of the New South Wales Primary Ethics program, a volunteer program to offer classes in ethics during the weekly lesson time set aside for religious education, as an alternative for parents who don’t want their kids to attend religion classes. I’ve been doing this for a couple of years now.

Today we started a new topic: Moral Responsibility. The first lesson involved a couple of stories providing contrasting choices: helping storm victims who live near you, versus tsunami victims in another, poorer country; and providing mining and forestry jobs, resources, and money for schools and hospitals, versus leaving wilderness areas untouched for future generations. We read the scenarios and then discuss them. The kids were pretty evenly split on helping local disaster victims versus foreign ones, but they were mostly in favour of preserving wilderness, even at the expense of jobs and infrastructure for people in the present. It’s always interesting listening to kids’ perspectives on these topics.

I walked to the school and back home, a trek of 8 kilometres according to my fitness tracking app. So that took up most of the morning. This afternoon I took it a bit easy, hacking a little bit on the mezzacotta random generators code.

On the walk home, I found a patch of nasturtiums in the warm winter sunlight. They looked cool from above, but even cooler from below: 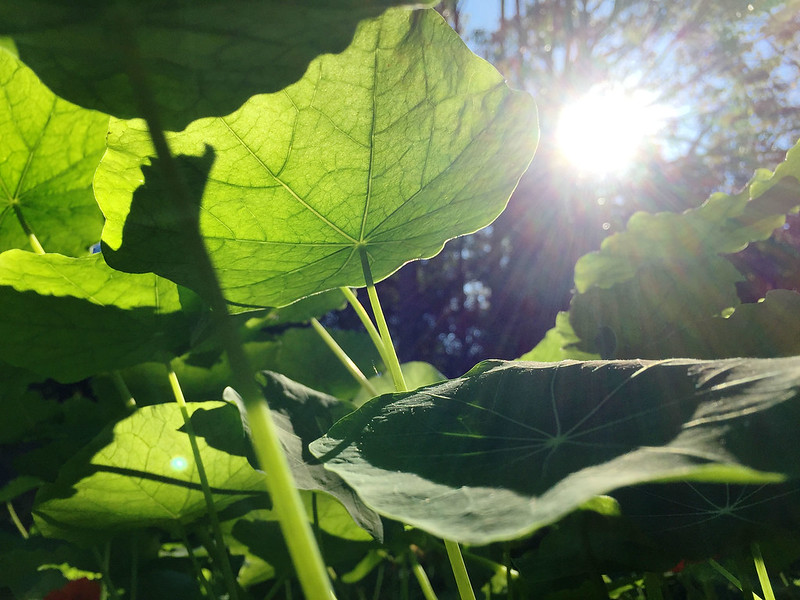