Outschool got back to me about the Harry Potter themed ethics classes I submitted for approval. They were not approved.

They said that due to a request from Warner Brothers, they did not allow any classes that mention Harry Potter in either the title or description, other than literary analysis classes. A friend of mine pointed out that Warner Brothers don’t own the copyright on the Harry Potter novels, and I’m not making a movie out of the material, so how is it even any of their business? The answer was actually in Outschool’s email, reading more carefully.

Warner Brothers has a trademark on the name “Harry Potter” and several other terms from the movies. And it looks like they are ruthless in enforcing it. Outschool, quite sensibly, doesn’t want to anger the dragon, so they have a strict policy of not allowing any Harry Potter content at all, other than literature analysis classes.

So… that’s the end of that. I’d hoped that theming an ethics class using Harry Potter would attract a lot of students. My approved, unthemed class has had no enrolments yet. I’m sure a lot of kids would actually enjoy it, but it’s going to be hard for them to notice it and decide to pursue it.

Beyond feeling bad about this, I spent the day writing Darths & Droids comics. And made pizza for dinner, with hand-made dough for the base. I don’t think I’ll go back to store-bought pre-made bases again!

Oh, here’s a photo I took yesterday while out walking Scully. This kookaburra was sitting on a branch about head height, right near the path I was walking on. I approached slowly with my phone held out at arm’s length, and managed to get close enough to take this photo before it flew away. This is not cropped either – it’s the entire image from my phone camera. 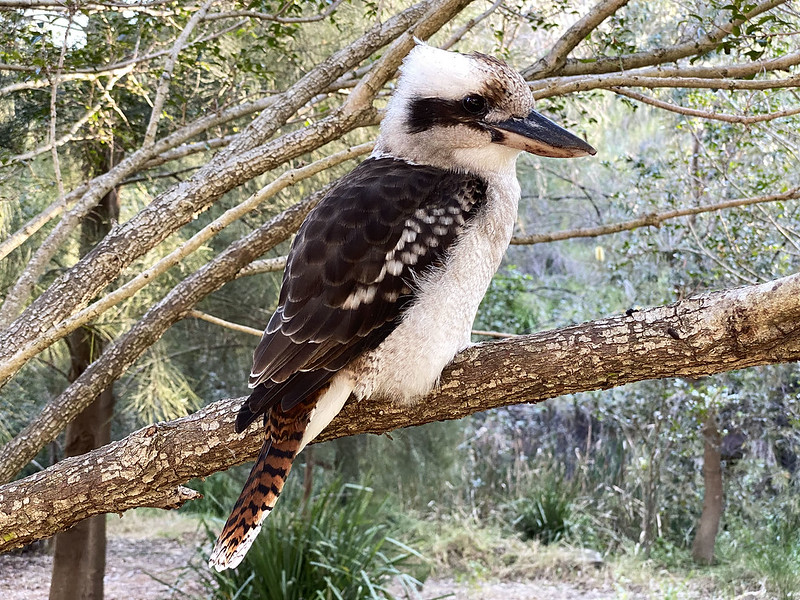