You know the routine. Saturday is housework day – vacuuming the floor and cleaning the bathroom and other fun stuff like that. After lunch, I went into the city with my wife and Scully. Wife wanted to visit Paddington Markets. Previously we’d just get public transport there, but with Scully it was easier to drive. There’s parking not too far away in Centennial Park, and we walked from there, giving Scully a chance to stretch her legs.

I left the two of them at the markets while I caught a bus into the CBD to pick up some game stuff I ordered online and elected to pick up rather than have delivered. Then I returned to Paddington and found them in the markets. We waked around a bit looking at the stalls and getting a snack, and then left to make our way home. Back in Centennial Park we threw a ball for Scully to chase and get some exercise, and let her explore all the grass and trees and rocks and stuff – it’s the first time she’s been to this park. 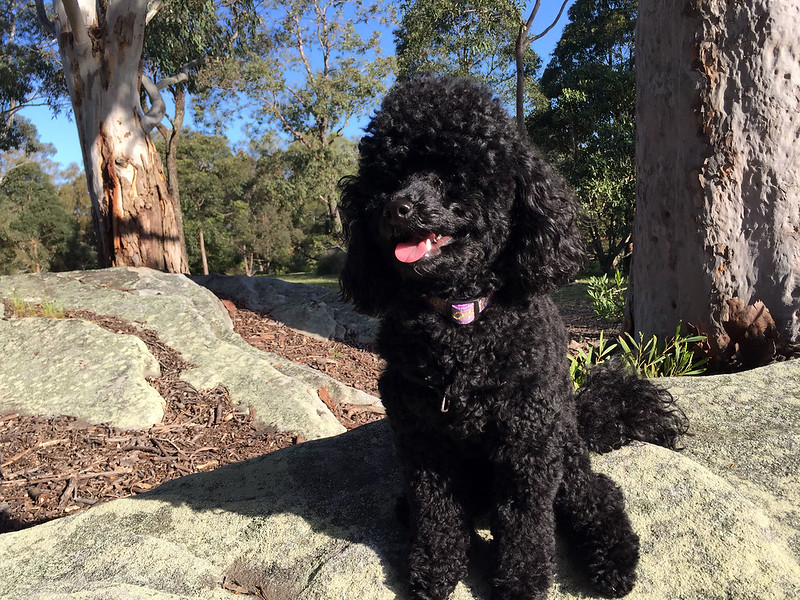 We went home and prepared to go back into the city for a nice dinner at a fancy restaurant that we had booked a month or two ago. No special occasion, except that we felt like we wanted a nice night out and we really enjoyed this place last time, and we know they allow dogs in the outdoor seating area. The restaurant was Otto in Woolloomooloo. It’s situated on a wharf and has a marvellous view across a small cove towards the city skyline. Parking there is difficult so this time we caught a bus in. Fortunately small dogs are allowed on buses, so that wasn’t a problem.

The dinner was delicious. My dessert was particularly notable: sourdough custard with spiced pineapple and sourdough ice cream. I was going to order something else, but my wife talked me into trying it, and I’m glad I did because it was an amazing combination of flavours – sweet, salty, sour, spicy. Honestly I’m not sure I got “sourdough” out of it, but rather something more like a gingerbread sensation. Which is good because I like gingerbread. Anyway, it was great!

Today was an extra heavy housework day. I hired a carpet cleaning machine from the local hardware store, picking it up first thing this morning. Before using it, I did an extra thorough vacuum cleaning to remove as much dirt as possible. Then it was filling up the machine with hot water and carpet shampoo, and using it to go over the whole house (well, except the kitchen and bathroom and laundry, which don’t have carpet). It leaves the carpet slightly damp, so it was time to throw open all the windows for a cross breeze to help it dry out. But it removes a lot of gunk from the carpet – the retrieved water in the collecting tank was almost black. It’s hard work – I’d like to clean the carpet like this more often, but only do it a few times a year. It took a few hours and I was dripping with sweat by the end of it.

After all that hard work I treated myself to a nice lunch at a local pub. They have a chicken schnitzel that is really good.

In the afternoon I had to clean out the carpet cleaner and then take it back to the hardware store. On that trip I decided to buy some timber shelving so that I could install a few extra shelves in the kitchen cupboard that we use to hold mugs and glassware. The cupboards have two shelves, far enough apart that we can stack mugs and glasses two high on each shelf, with room to spare. I realised it would be better to have extra shelves, then we could spread the mugs and glasses out and not have to stack them on top of each other. I don’t own a saw, so I had the hardware store cut the timber to size, and they did a pretty good job. Now I just need to drill some shelf peg holes. I do have a drill, but I may need to go back and a buy a bit of the right size.

It’s officially spring and the weather was very spring-like, with warm sunshine drying up the rain of the past few days. I spent much of the day out with my wife and Scully, enjoying the fresh air. We went to two different parks to let Scully run around and chase tennis balls, and stopped off for lunch at a bakery where we hadn’t been before. It was pretty good! I wrote up a review for my food blog: Snot Block & Roll.

That was about it, really, apart from a bit of housecleaning and a relaxing evening watching episodes of Northern Exposure. Wife and I decided to start rewatching the series form Episode 1 again. Tomorrow I’m planning to photograph the latest batch of comic scripts that I’ve been working on the past few days, so that’s a big day of creative work ahead. 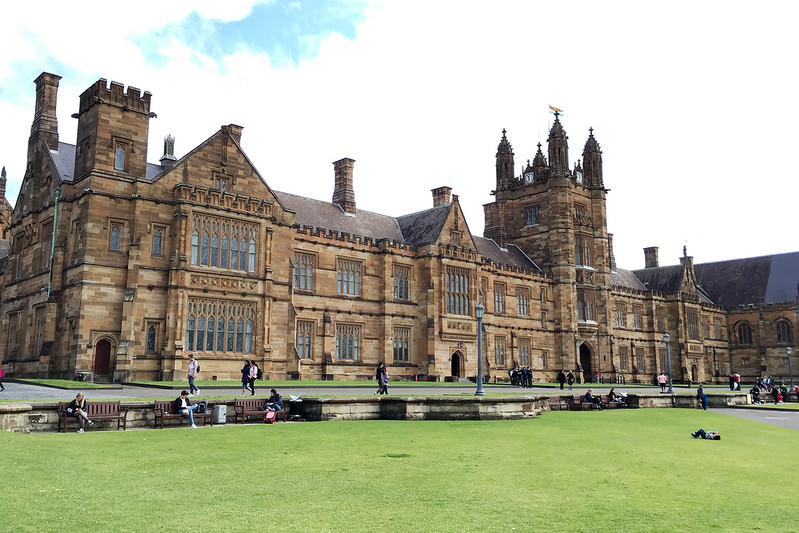 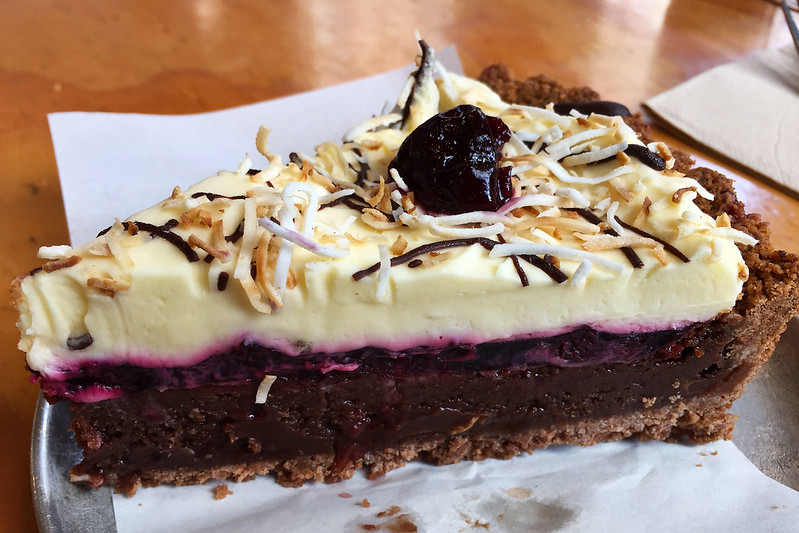 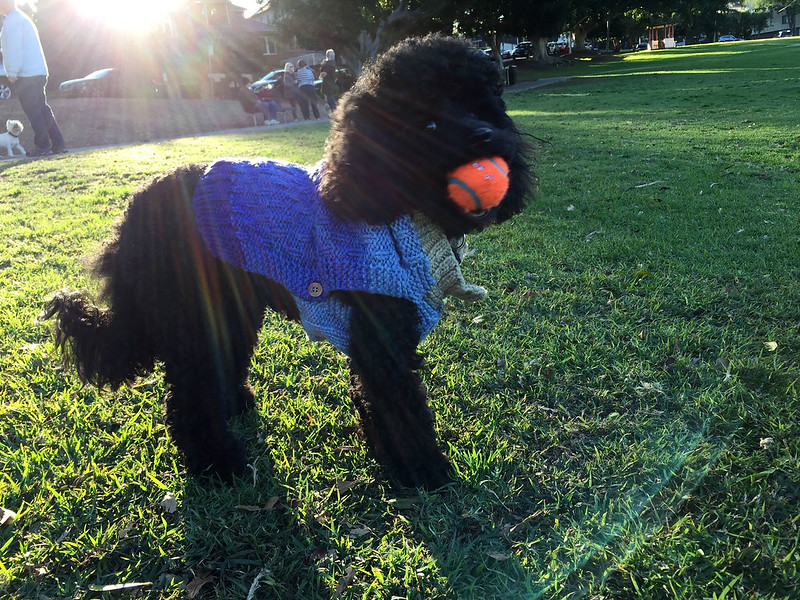