It’s Monday, which is traditionally the start of the working week. However for me I treat it as the end of the week, because it’s the last day of teaching the current ethics topic on Outschool. I start the new topic on Wednesday (and on Tuesday I have no classes). So it was the end of the Wealth and Poverty topic. Honestly, it’s one I’m happy to see the end of, because it was a tough topic to navigate without making the questions too leading for the kids. By today I’d managed to mentally rearrange things to get the best out of it and make it flow better than my initial ordering, and I’d come up with some extra talking points and questions on the fly that I incorporated in later lessons.

I managed to sleep decently well last night. I did wake up a couple of times – I always do, I’m a light sleeper – but I managed to drift off again before the noise of the past two nights got into my head. It was there again, but I successfully defeated it. I don’t know if I’ll be able to do that again tonight. This evening I tried knocking on the neighbour’s door that I estimate to be the most likely source of the noise, but they didn’t answer. I’ll try again tomorrow during the day.

So I slept in this morning, not getting up until after 8 o’clock. That meant I didn’t have time for breakfast and making/kneading a sourdough loaf and going for my run before my first class at 10am. So I delayed the run until later in the day. My wife wanted to go to the gym during her lunch break (from working from home), so I took Scully out on a big walk and grabbed some lunch on the way.

It was pretty hot in the middle of the day, so I delayed my run until later. I eventually got to it about 6pm, when it had cooled down to 26°C, which is still really a bit warm for running.

During the afternoon I worked on assembling new Irregular Webcomic! strips for this week. I also made a D&D monster for the January challenge in my Outschool D&D group. I post a monthly design challenge for the kids in the group, and at the end of each month we share our designs. For January I suggested designing a hybrid creature monster, along the lines of the classic owlbear – melding together two unexpected animals. So here’s mine: 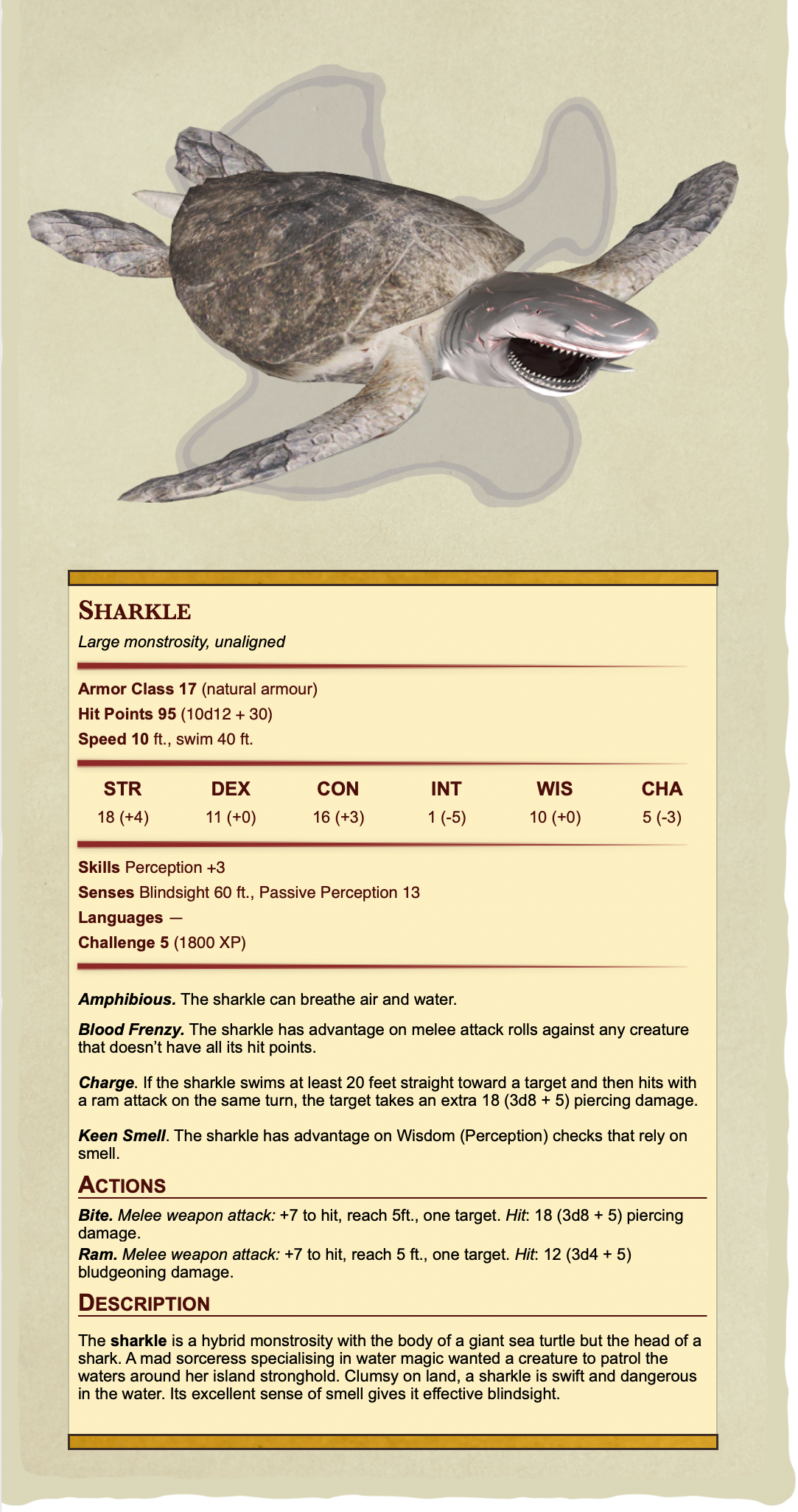