My forearms are sore, and also my glutes. They were a bit sore yesterday, following from golf on Tuesday, and have become a bit worse today. I expect they’ll start feeling better tomorrow – I hope so! It wouldn’t have been the round I played, which involved fairly gentle swings. It would have been the driving range afterwards, where I was smacking balls as hard as I could, and using muscles I don’t strain so often.

Today I have four ethics classes. Three down and one to go later this evening as I type. It’s interesting, in the six classes on this topic of “wealth” so far, almost all of the kids think it’s fine (both legally, and ethically) for wealthy people to keep all of their money to themselves – “because they earned it, because they had to work hard for it”. They all reiterate the story that anyone can become wealthy if they just work hard. It seems they don’t know that most wealthy people inherit their wealth, and don’t actually build it up from scratch with hard work. I guess their parents want to encourage them to work hard so they succeed, so they tell them that hard work and diligence lead to wealth.

Today I received the scientific paper from the university that I’m being asked to proofread and edit. It’s very technical, about image processing for text recognition, and it’s going to take some serious concentration to read understand, and then edit. My plan is to tackle it on the weekend when I have some time. 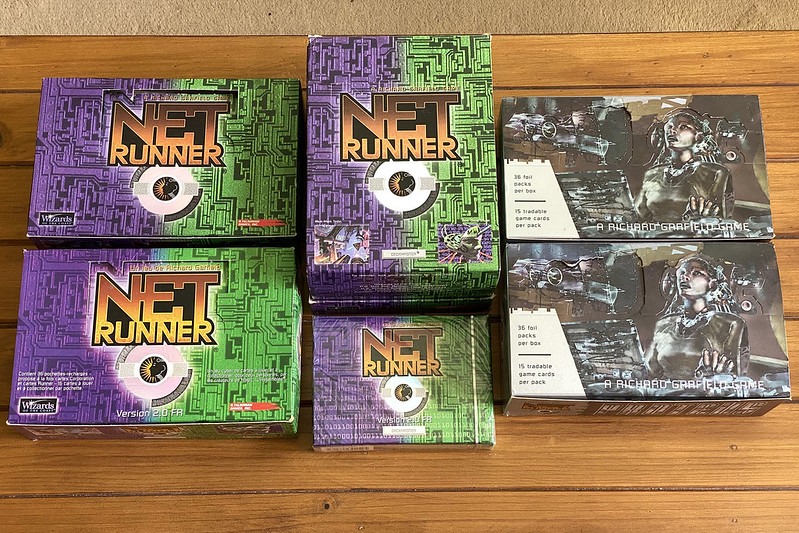 I’m thinking I’ll sell these on eBay… unless I find a buyer sooner. Let me know if that’s you.