Today was much less busy than the past few days. However I still had a few things to do. A morning run, another 2.5k. An ethics lesson at 11am. I went out to get lunch from the fish & chips shop, which I haven’t done for a few weeks now, and eat it sitting at the lookout spot over the harbour.

The day was warm and sunny, and rather than walk home along the streets, I decided to take the bushwalk route down to the waterline and then up the creek, which is much shadier, being deep below the forest canopy. It’s a pleasant walk when dry, but gets muddy for several after days rain. With no rain for the past week or so, it was a good time to do it.

This afternoon I worked on some Darths & Droids story issues, which needed to be resolved before writing the next few strips. I hoped to get at least one new comic completed today, but I didn’t get that far.

I took Scully out for a short walk late in the afternoon, over to the bridge where I saw the tawny frogmouths yesterday, because the chick was still there today. 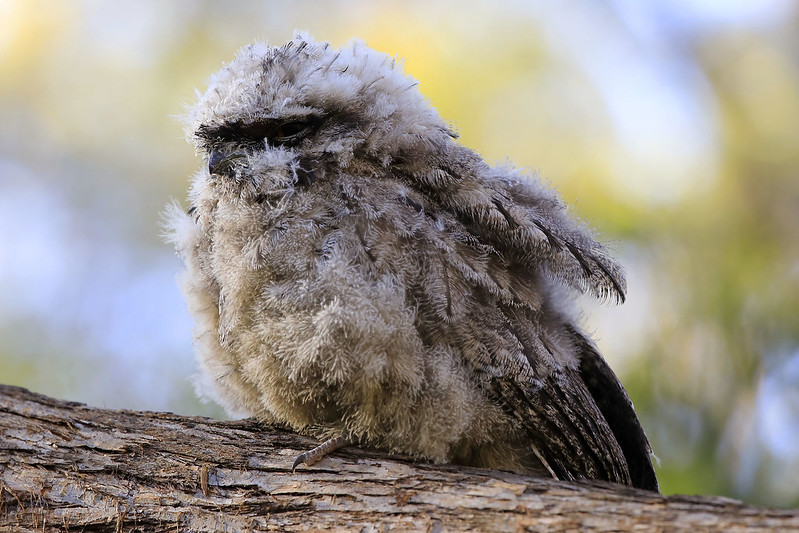 There was a small crowd of a few people there watching the chick and taking photos. One woman pointed out that the parents were on a branch high above. So they were definitely hanging around.