The morning here was fine. I walked with Scully up to the local shops to get some sushi for lunch. There’s a small square with some grass which is a nice place to sit and eat lunch, so I went there. It’s good having Scully with me, because this is the turf of some very aggressive magpies who hang out and try to steal people’s lunches. At first they gave me a wide berth because of Scully, but they got bolder and bolder… 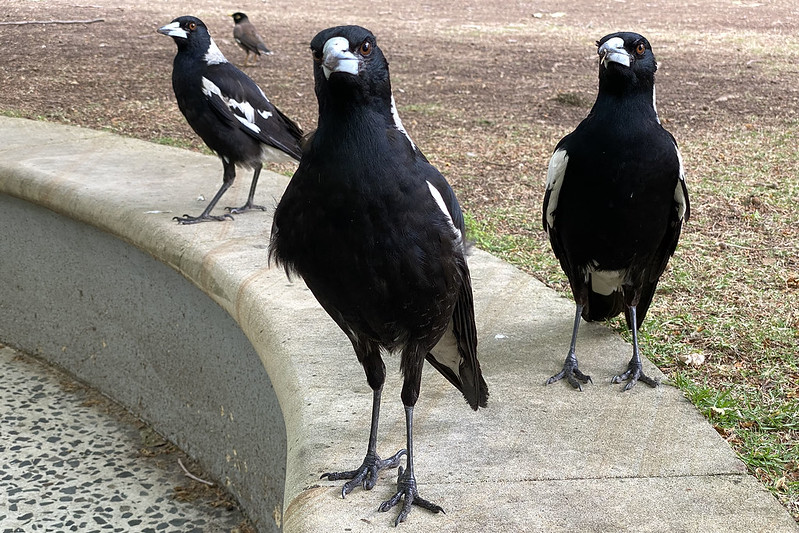 They didn’t quite get close enough to steal any of my sushi, but I’m sure they would have tried if not for Scully.

Back home I made some banana bread. This time I decided to add some choc chips, and leave out the yoghurt. And I made extra certain to bake it long enough, after the one I made a couple of weeks ago turned out a little soggy in the middle.

Normally to test cakes, I use a metal skewer to probe the middle and see if it comes out clean. I’ve done it that way for as long as I can remember. But I read recently that you should use a wooden skewer, because metal is too smooth and the texture of the wood holds the undercooked batter better, so it’s a better indicator. Curious, I did a bit of Internet searching… and I was astonished to find the most common question asked about testing cakes was:

How can I test if a cake is done if I don’t have a toothpick?

Toothpick??? Who tests cakes with toothpicks??

Apparently everyone according to the Internet. But I’d honestly never heard of using a toothpick for this before. It’s weird the stuff you discover sometimes. Anyway, the banana bread turned out brilliantly this time. 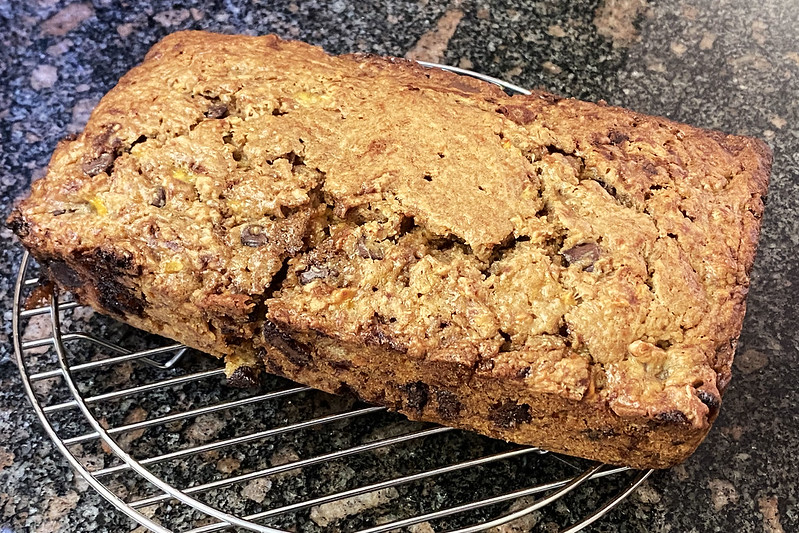 As I type, there was just a huge flash of lightning and a loud peal of thunder. It’s been storming on and off all afternoon, with really heavy and violent storm cells sweeping across Sydney. Early this afternoon the weather bureau even issued a tornado warning:

THIS INCLUDES A TORNADO WARNING. […] Tornadoes, destructive winds, large, possibly giant hailstones and heavy rainfall that may lead to flash flooding are likely.

I’ve never seen one of these before. Tornadoes have historically been extremely rare to non-existent in Australia – we just don’t have the geography for them. But they’ve been becoming increasingly common in recent years. There was a very destructive one reported a couple hundred kilometres west of Sydney a week or two ago, which destroyed some properties. But this is the first time I’ve seen a specific tornado warning for the Sydney area. I strongly suspect that with climate change this is going to become more common in this region.

There was destructive hail and wind and flash flooding in parts of Sydney, but mostly west and south of where I live. We got some heavy rain and spectacular lightning here, but nothing destructive.

One thought on “Storms and banana bread”