We seem to be in a pattern of spring weather where the weekends are hot and then Monday dawns cold and wet. It’s been raining on and off all day and it’s really quite chilly.

I went out early with Scully for a short walk, because I had an ethics class at 10:00, followed immediately by a Zoom meeting at 11:00 with the lecturer of the University data engineering course that I’m helping him to redesign for next year. We’re both pretty happy with where it’s going and agreed to drill down to the next level of detail – roughly describing what will be included per slide in the lecture material. We split up the weeks so that we can work on different ones according to our preferences and experience and it divided pretty neatly.

While out in the rain, I took a couple of photos: 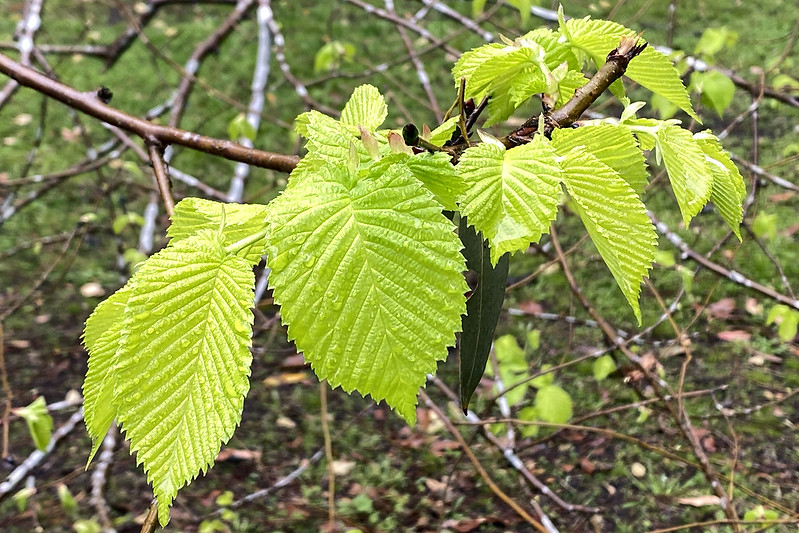 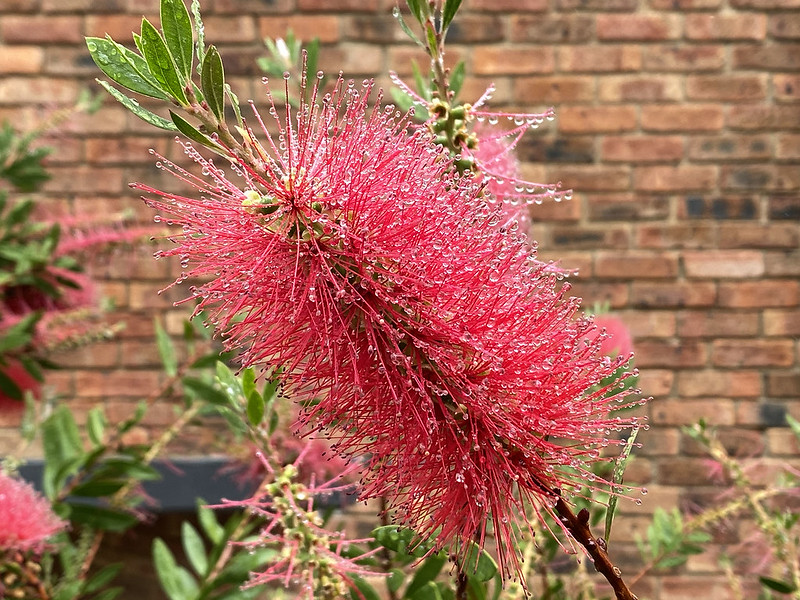 New spring foliage of golden elm, and a bottlebrush (or Callistemon species) flower. I think this makes a nicely contrasting pair of photos: green with green background, and red with red background. (Apologies to anyone with red/green colour blindness – my colour blind proofing tool shows the bottlebrush in particular doesn’t appear anywhere near as dramatic for you.)

The other big thing about today is that COVID lockdown restrictions have eased in Sydney today. After 107 days of being unable to travel more than 5 kilometres from home, we can now travel within the entire Sydney region. But we’re still not allowed to travel outside the city. Also a lot of businesses such as gyms and hairdressers are now allowed to open again. There were huge queues at barber shops and hair stylists starting from midnight – I heard reports that walk-in appointments had waiting lists of over 5 hours. Also pubs are open again, and cafes and restaurants can have seated customers. There are restrictions on numbers of patrons per floor area, which will remain for some more weeks until they are eventually rolled back.

I didn’t take advantage of any of this but I did drive over to the nearest state government service centre (which is within 5 km anyway) to do an eye test for my driver’s licence renewal. I think I was in there for less than a minute – I went in, took a number, and it was the next number they called. I showed the lady the letter that said I needed to do an eye test. She asked me for my licence, got me to read a line off a chart, hit a button on her computer, and told me it was done.