Today is Monday and lecture 7 in the image processing course that I am tutoring for the University of Technology, Sydney. This is the last lecture, before a three-week student project begins. We’re up to the guts of machine learning for use with image classification now, and I spent time today going over the lecture slides and the tutorial exercises. I had to download a bunch of new Matlab toolboxes and stuff, and play with those to get some idea of how to run various machine learning tools. There’s also the free Weka machine learning software, which is used in tonight’s tutorial as well, so I downloaded that and tried it out too.

I had a good play around with some of Matlab’s pre-trained image classifiers. I threw this image at the ResNet50 classifier, and you can see the label it assigned to the image: 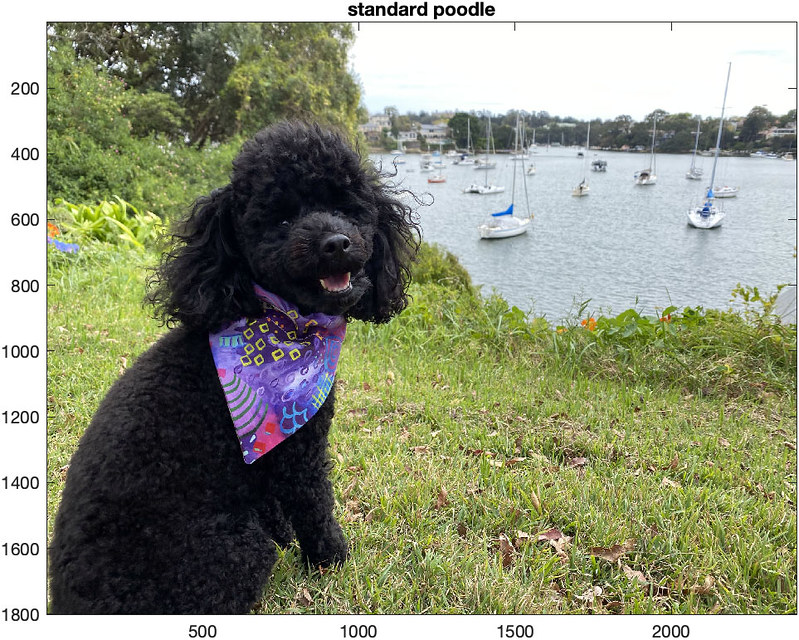 It got “poodle” right, but it thinks Scully is a standard poodle (the largest sized poodles)! I tried another photo: 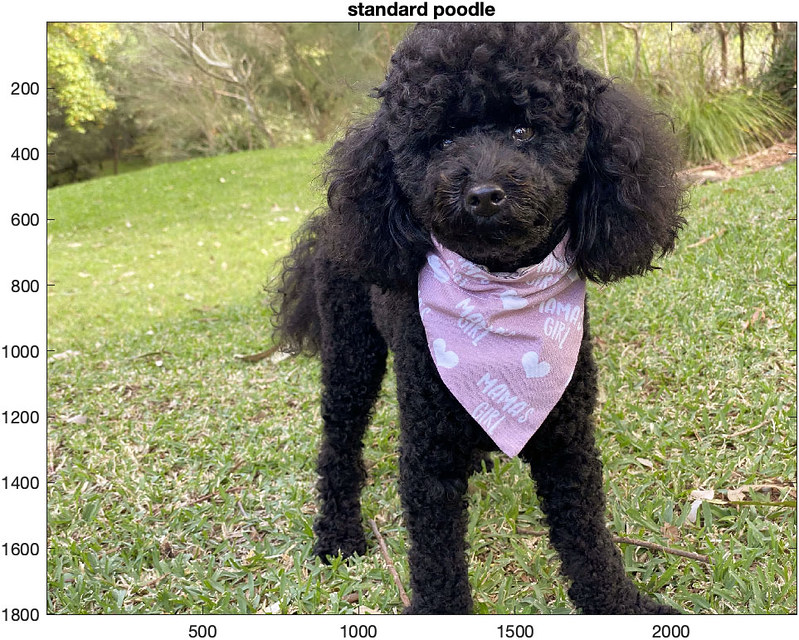 Hmmm, “standard poodle” again. Then I tried this photo: 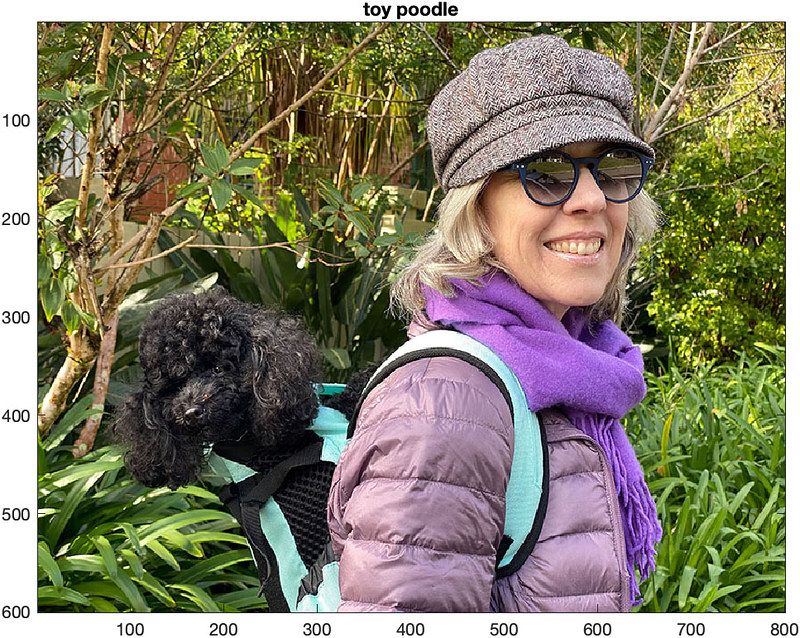 Yay! This time it got “toy poodle”. Interestingly, it ignored my wife and decided to label the image for the dog. But I suppose the person helped it realise the poodle was small, and not a standard poodle. Anyway, its pretty fun playing around with this sort of machine learning stuff. You can provide extra training images to help refine the pre-trained classifiers and help them to improve in their recognition capabilities. But to give you an idea how broad its capabilities are with the pre-trained classifier, I threw another random image at it: 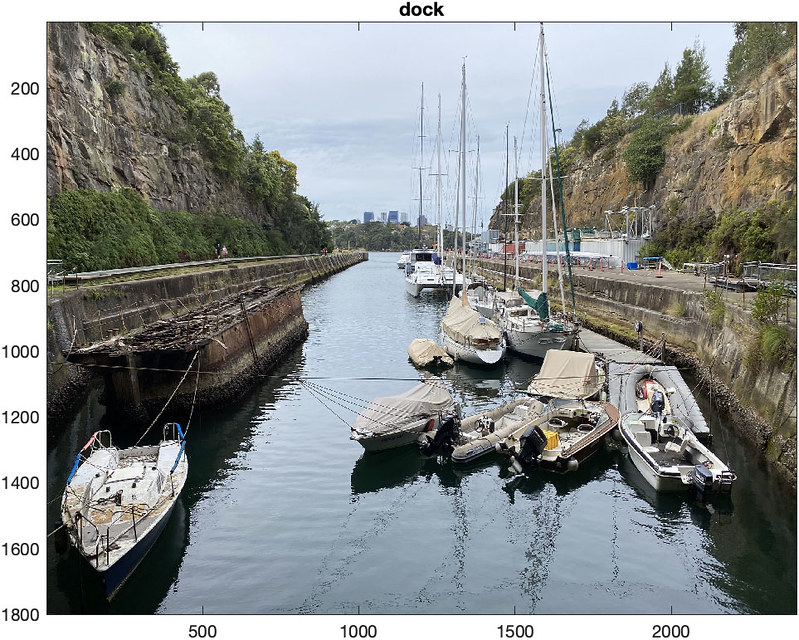 The other thing I did today was repot my dwarf lime tree. I got some more soil from the hardware store first thing in the morning, and then transferred the tree from the small plastic pot in which we’d bought it a couple of years ago, into the new larger terracotta pot. After doing that I cleaned up the balcony, with all the spilt soil and other accumulated debris since the last cleaning. I should take a photo of that – I planned to, but I guess I got caught up doing other stuff and forgot about it until just now.