It was really all about the COVID here in Sydney today. NSW recorded 239 new cases, which is now the highest number of cases reported in the state in a single day, beating the previous record of 212 which was set during the worst outbreak last year.

Today’s daily press conference was very raucous, with a lot of reporters asking why Sydney wasn’t locked down faster and harder, and if the government had failed. Victoria got up to a high of 723 cases in one day during Melbourne’s horror outbreak last year – exactly one year ago to the day. The Victorian government enacted the strongest lockdown measures Australia has seen, closing down basically every retail shop except supermarkets and pharmacies. We’re nowhere near that here in Sydney yet – cafes and restaurants are still open, albeit for take-away food only. The NSW Government is facing increasing criticism that it’s not doing as much as Victoria did last year.

Where we go from here, who knows? They’re saying they hope to be able to lift the lockdown restrictions by October. Hopefully, yes. But maybe we’ll have another Christmas where we can’t see our families.

More personally, my wife and I have a big significant wedding anniversary coming up before then. Originally our plan was to celebrate it with a trip to Europe. A month or so ago, I was looking into booking a fancy restaurant so we could at least have a nice dinner out. Now I think we may end up celebrating this anniversary sitting at home.

In other anniversaries, this sign has been in the lift of my apartment building for a year today: 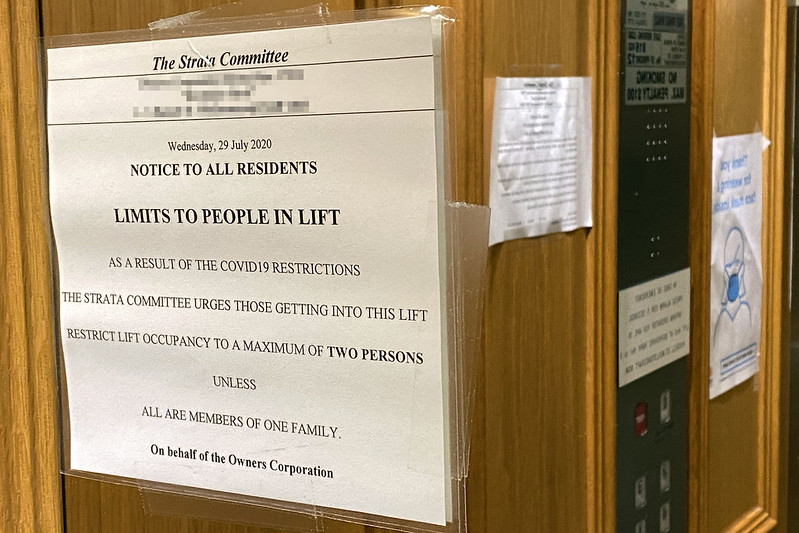 In some final good news, it’s taken her over three years, but Scully has finally learnt the pleasure of snoozing in a winter sunbeam: 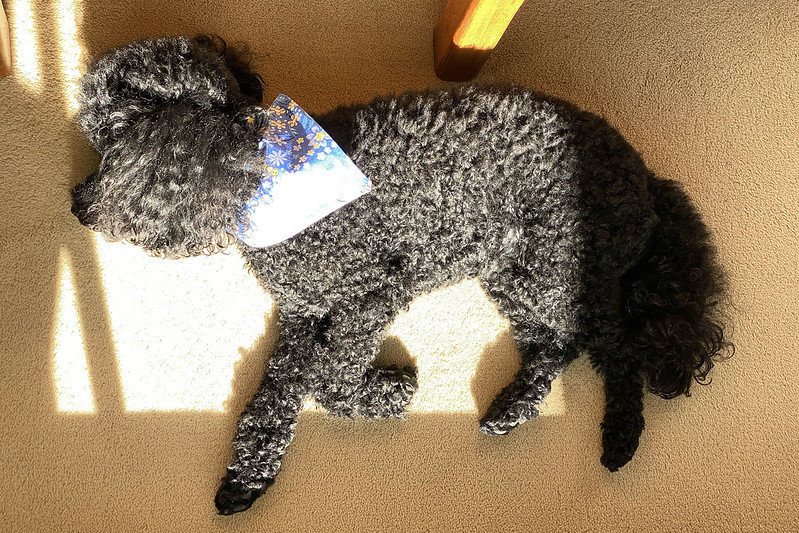 I’m very surprised she’s never done this before. I figured dogs would be like cats and be all over this, but I guess not.