For my face-to-face ethics class at the school this morning, I’d been informed that the Year 5 students would be away at their school camp this week. My class is a combined Year5 + Year 6 group, with mostly Year 5s. So today I ended up with a class with just 4 students in it.

This was not bad, as such a small number makes it practical to let them off the tether a bit more, and devolve into spontaneous discussion of the topics without needing me to quell the chatter so much. All I needed to do was keep the conversation on the topic. And because I didn’t want the Year 5s to miss out on the conclusion of the moral responsibility topic that we’ve been doing for the past two weeks, I skipped to a different topic and discussed arguments with the kids today. As in the structure of a logical argument, and how the conclusion depends on the premises and on the logical connection between them.

We did get a little sidetracked on one of the examples:

Premise: Downloading music without paying for it is illegal.

Conclusion: Downloading music without paying for it is morally wrong.

Validity of the logic aside, the kids actually got stuck complaining about the first premise, saying that there are plenty of sites now where you can download free music legally. I’m pretty sure the intention of the exercise was that the premise be true, but that times have changed since it was written. I’ll have to submit a note to the curriculum organiser that the example should probably be changed to avoid kids going off on a tangent.

Today I intended to write a bunch of new Irregular Webcomic! strips. But I had a bunch of other little tasks to get done, and I ended up spending much of the day ticking those off. Random boring stuff like banking, and contacting the hospital to make sure they have all my data for the tonsillectomy next week. I’m not looking forward to that!

On a different topic, here’s Scully wearing one of her winter outfits: 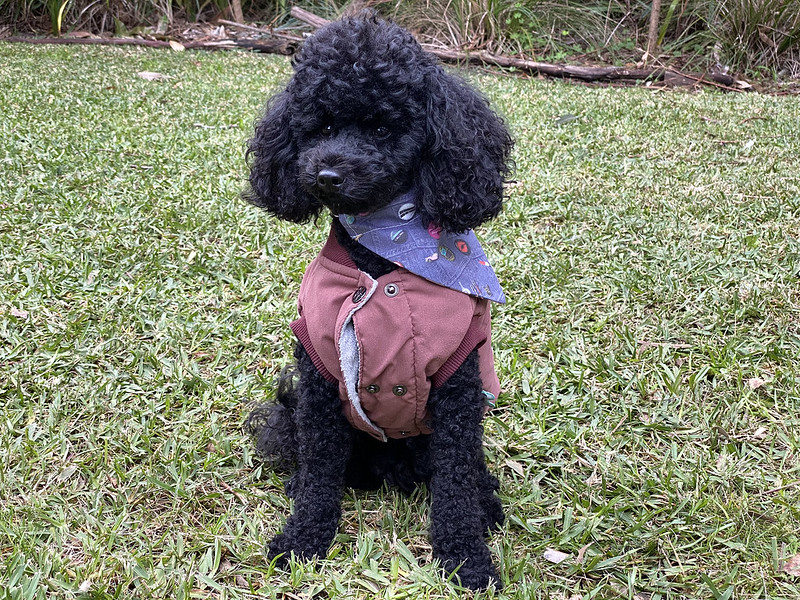 The bandana is one made by my wife, and available on her Etsy shop: Scully xo.