I was planning to make quiche for dinner tonight. Normally I use pre-made pastry sheets from the supermarket. But tonight I decided to have a go at making my own pastry – for the first time ever. I found a simple shortcrust pastry recipe, and made it up. It wasn’t difficult at all. However, after making the dough, I thought it looked like a lot, so I checked the total weight of ingredients, versus the weight of a pack of 5 pastry sheets… and found that I’d made close to twice as much pastry as I would normally use for one quiche.

So I used half the pastry to make the quiche for dinner. 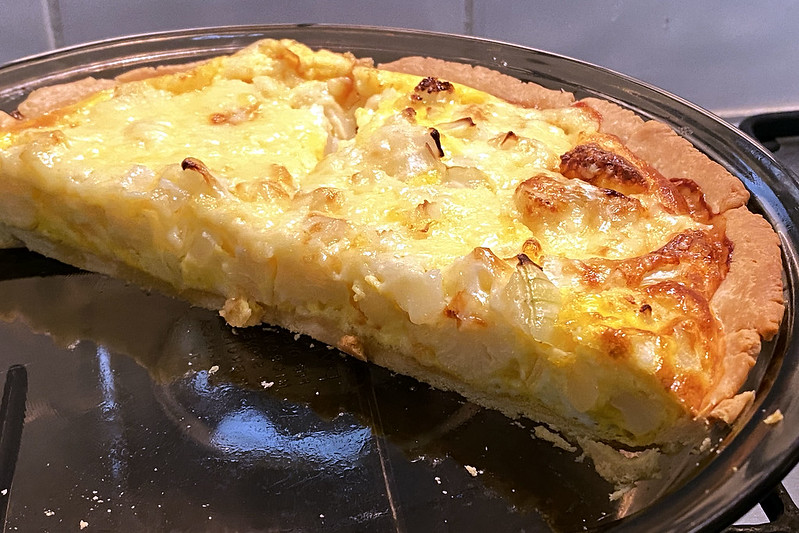 And then after we ate I used the other half to make a couple of small apple pies. I’ve never made pies before, but I didn’t use a recipe. I just stewed some apple with cloves and cinnamon until it was soft, then rolled and baked the pie shells, then filled with the apple and topped with the remaining pastry. 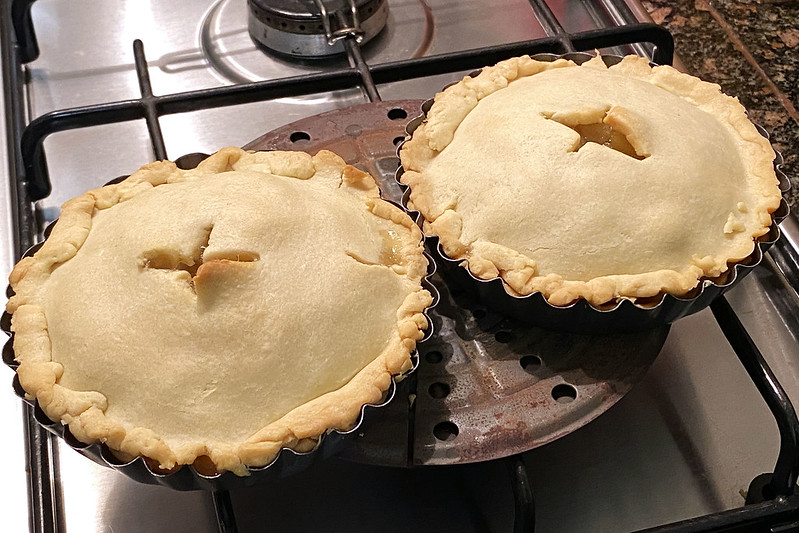 They turned out pretty good! A little amateurish around the edges, but I had one still hot with a scoop of ice cream for dessert, and it was a fine apple pie. Now I’m really full…