Today, being Saturday, my wife wanted to work on her sewing projects. Scully (our dog) likes to occasionally come up and request to curl up on people’s laps, but my wife being busy at the sewing machine and moving to cut fabric wasn’t able to offer a stable lap. So Scully settled for second best and came up to me, as I was working on making some new Darths & Droids comics. So she ended up curled up and fell asleep on my lap for an hour or two.

At lunch time my wife had an appointment up the street, so I took Scully for a long walk, doing a big loop that takes us past the good bakery, and down to Oyster Cove on Sydney Harbour. 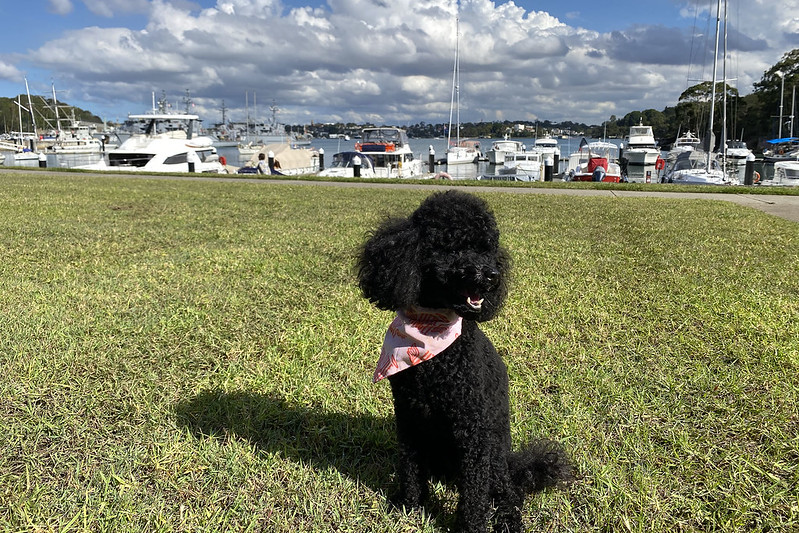 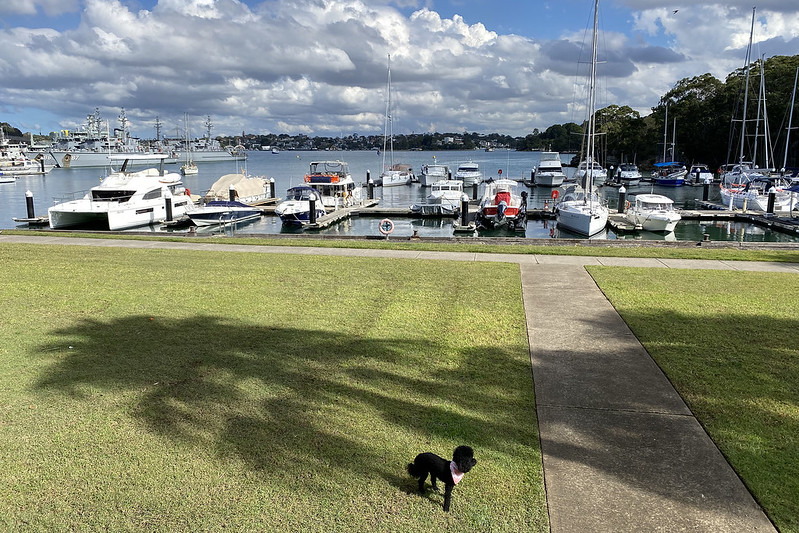 On the way back we walk through a bushland area where there are some walking tracks. Normally we go one way, but Scully always looks interested in going the other way at an intersection, so today I just let her go that way and I followed. It’s a different route with a steep climb at the end, and leads to a street which we walk down a lot, so once there she knew where we were again. It was very interesting watching her following the track, and stopping every so often as if to try to figure out where she was, and then start walking again.