We’ve been experiencing a rather cool autumn. After last year when we had an extremely mild winter, it feels unusually chilly for this time of year. I’ve taken to wearing a jacket when going outside about a month earlier than last year.

The leaves on the deciduous trees are changing. Mostly in Sydney that means plane trees turning a dull shade of light brown. There are a few liquidambars scattered around that go a lovely deep red, but they’re not that common, and for the most part of course all the other trees are evergreen. So it’s not spectacular, but it is noticeable.

I took this photo of a path I walk down while collecting Scully from my wife’s office. The plane trees a mix of green and brown. This is basically what autumn looks like in Sydney. 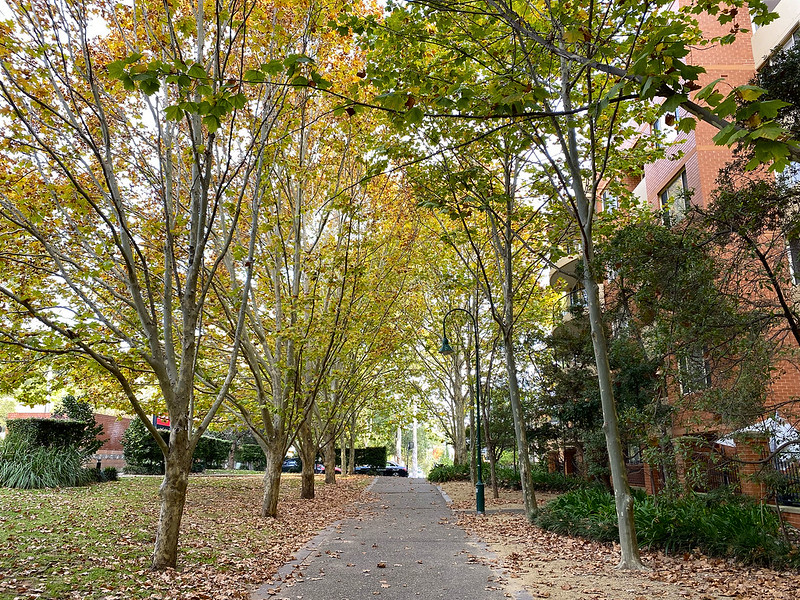 The coolish weather makes it lovely to be outside. And after last month’s ridiculous amounts of rain, April has been extremely dry so far. We haven’t had any rain since the 8th, three weeks ago. And what we had in that first eight days was only about 10% of the April average rainfall. What we have had the past week or so is smoke – the bushfire control authorities are taking this cool weather as a chance to burn a lot of the undergrowth in forests around the edge of the city, and the prevailing wind conditions are wafting it across the city.

I took this photo at the dog park this afternoon while walking Scully. It’s normally a lovely view, but you can see the brown smoke across the lower level of the sky. 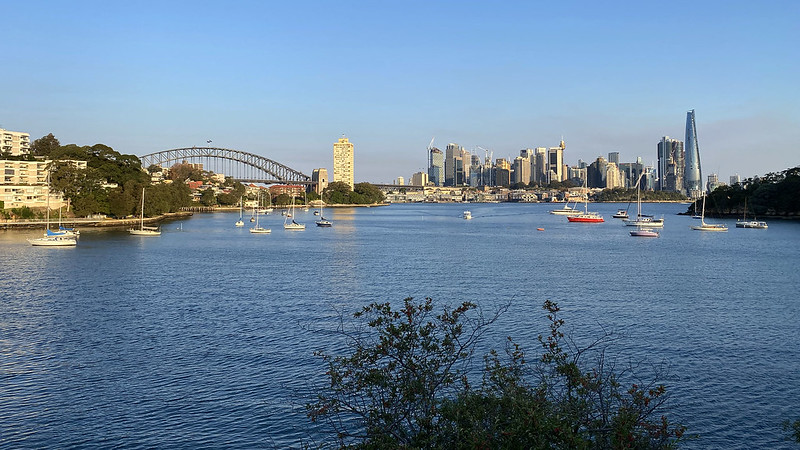 Tonight for dinner I tried a variant of one of my regular dishes. Pasta with butternut pumpkin, nuts, chilli, and feta. I normally use walnuts, but tonight I tried pistachios, which worked really well. And made it pretty colourful. 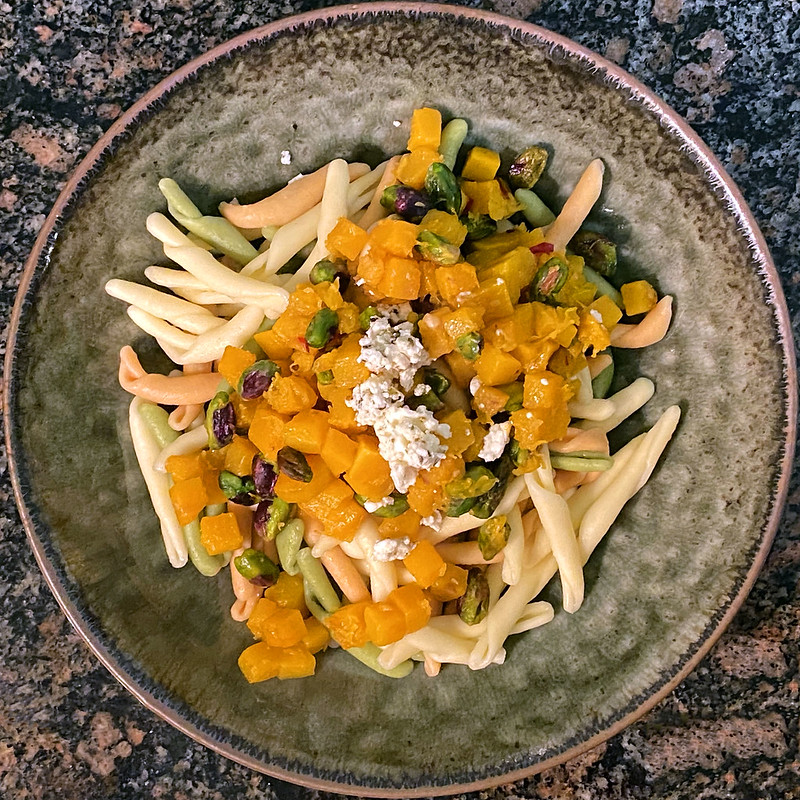 Oh, and in good news I have two students signed up for my first online Critical and Ethical Thinking class, tomorrow. Tomorrow’s class is in a time zone suitable for Australia/Asia, but I also have another parallel class on the same topic in a time zone better suited for the Americas (Sunday afternoons in US time zones).