We got up at 6:00 this morning to pack the car and head to the market at East Lindfield. Previously I’d been hiring a car for this venue, so I could fit all my gear and stock into it. But this time I tried making two trips in my own car, which is enough to carry all the stuff. The venue is about 15 minutes drive away in early Sunday morning light traffic, so it took half an hour to make the trip home and back to the market again, during which my wife minded the half of the stock that we’d taken on the first trip. Overall it worked pretty well, and saved me hiring a bigger car for the day. 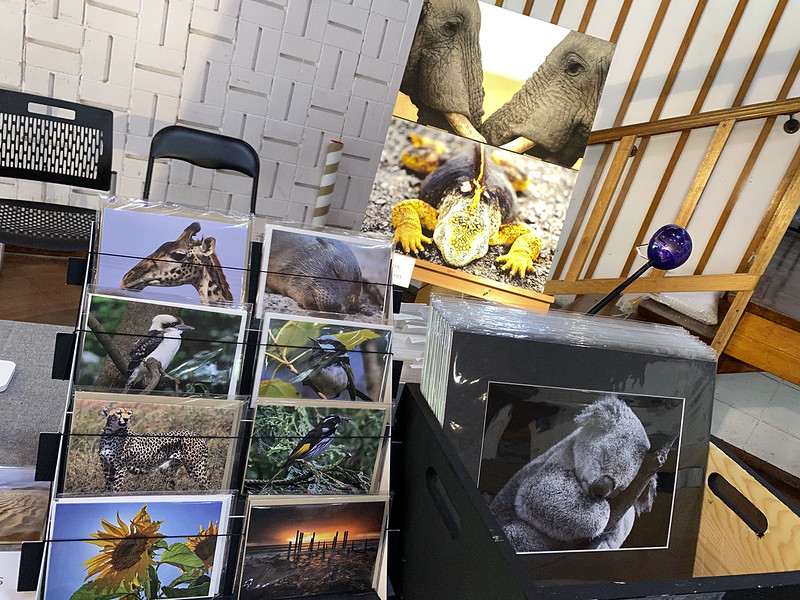 I was hopeful that there’d be plenty of customers and I’d make decent sales. Unfortunately the people were only middling in number. Several came through and stopped to look at my photos and have a chat, but not many bought anything. Overall though, I enjoyed this market a lot better than last week’s and Kirribilli. The vibe is a lot more relaxed, and a much higher fraction of the people stop to have a look at things. At Kirribilli, there’s a lot of foot traffic with people just walking through the market to get from somewhere to somewhere else, and the majority of them don’t stop to even look at anything, which is a bit disheartening. But at Lindfield, it’s a smaller market in a slightly out-of-the-way area, so people coming here are coming for the market. So they walk slower, linger longer, and stop to chat to the stallholders.

So it was a lot nicer than last week. But… again I didn’t make enough sales to cover the cost of the stall rental. I’m going to give it another try next month, but if this gig doesn’t start turning a profit I’m going to have to have a think about it.