My last 5k run was last Thursday. I felt like I wanted to do one early this week, but I was stymied by having to take a COVID test on Monday and then isolate at home for 24 hours. But this morning I was free, so I launched into it, running the same street route as last time. I wanted to try to break 30 minutes.

Unfortunately I didn’t quite manage that, but I trimmed 4 seconds off last Thursday’s time, clocking 30:18. And I managed to complete this second 5k run less than 7 days after the previous one! That feels pretty good.

The rest of the morning I spent taking photos of Lego sets for the new batch of Irregular Webcomic! I did it in record time, being pumped up from the run beforehand. And this afternoon I worked on writing and making new Darths & Droids comics.

Not much else to report today really… Took Scully to the park, cooked quiche for dinner… I might watch some more Neon Genesis Evangelion tonight.

Here’s a photo I took yesterday. It’s a metal utility cover panel – I guess underneath it are phone wires or gas mains or something. 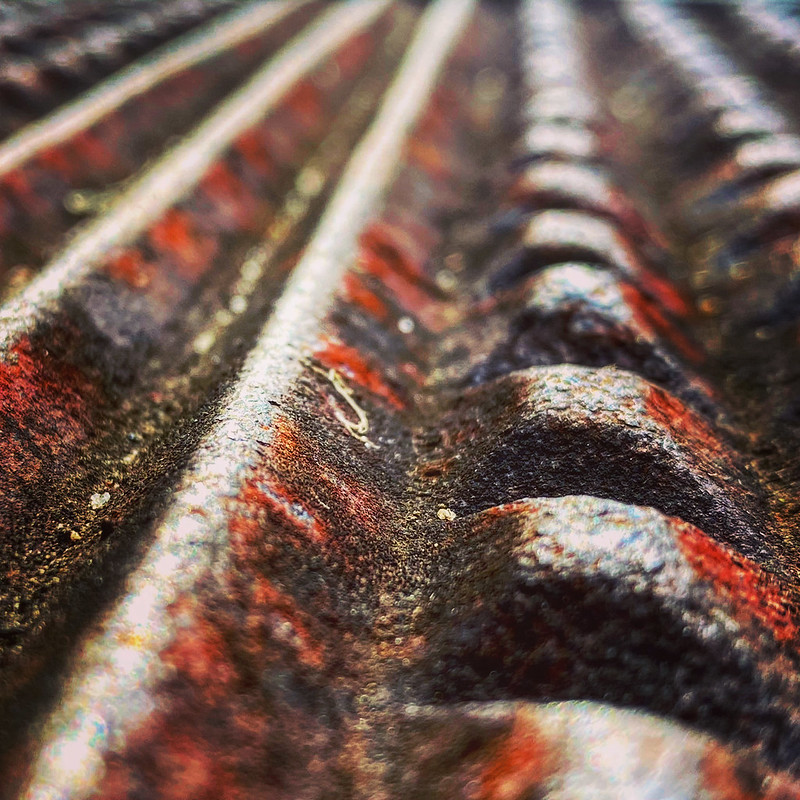