I didn’t mention yesterday when talking about my neighbour’s offer to give me some of her late husband’s golf gear, that she told me to take whatever I wanted to test it out first. I took the driver (the biggest, long distance club, for use in teeing off) on a test run today, playing a round at my local course.

The first hit I tried flew an impressively long way, but sliced badly, ending up in some trees. I corrected my grip for the next hole, and was blown away by how far and how straight the ball flew off the tee. I had a couple more marginal drives, but by the time I reached the 7th hole I was hitting the ball much cleaner and further than I’d ever managed with my own driver. I hit the tee shot on the 7th and it was without a doubt the best distance shot I’ve yet played. The hole curves slightly to the left around heavy forest, and my drive skimmed the inside of the curve within spitting distance of the trees, flying straight and true. I made a map of today’s drive compared to where I’d previously managed to hit the tee shot on this hole: 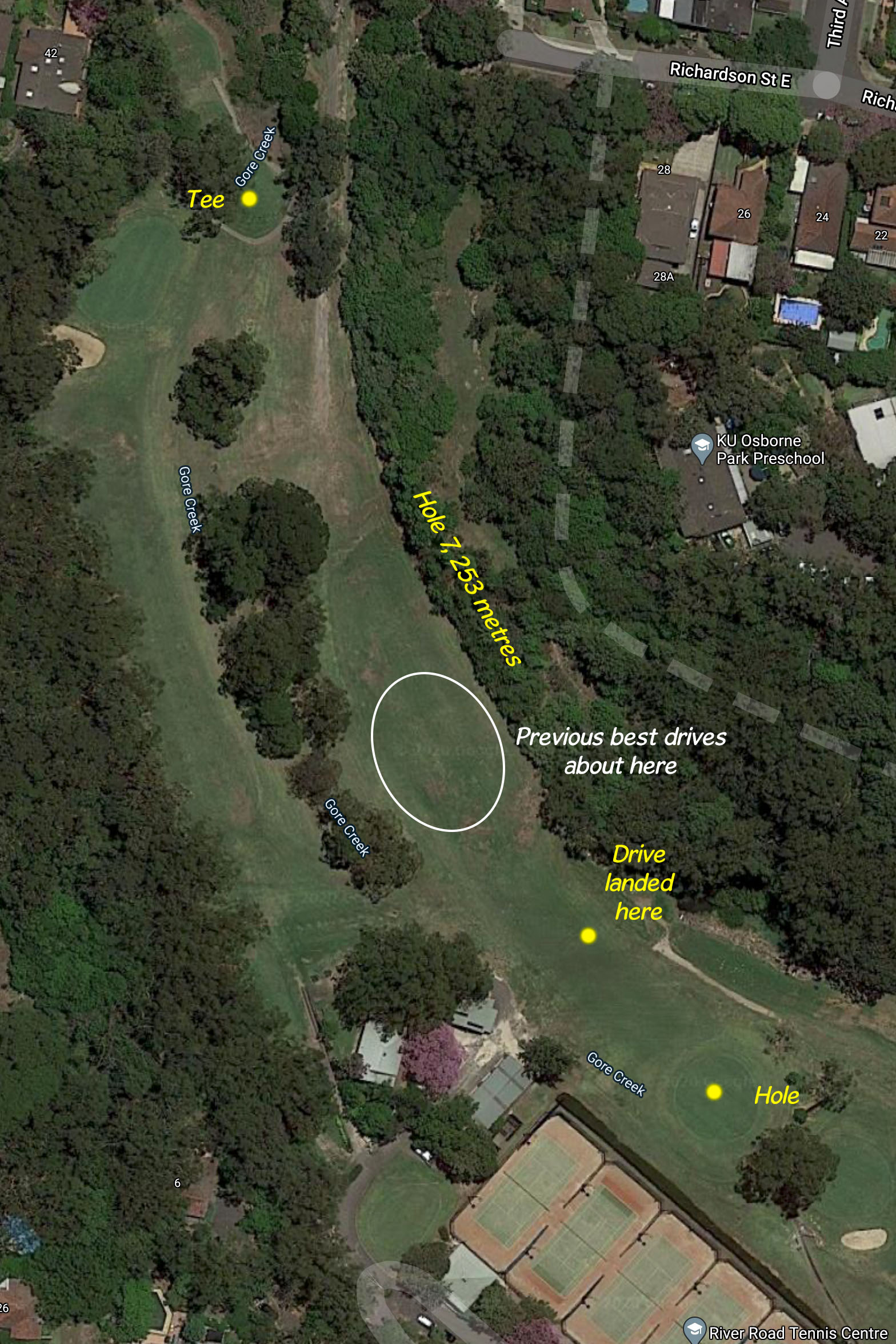 And then for good measure on the next hole I hit an even sweeter drive: 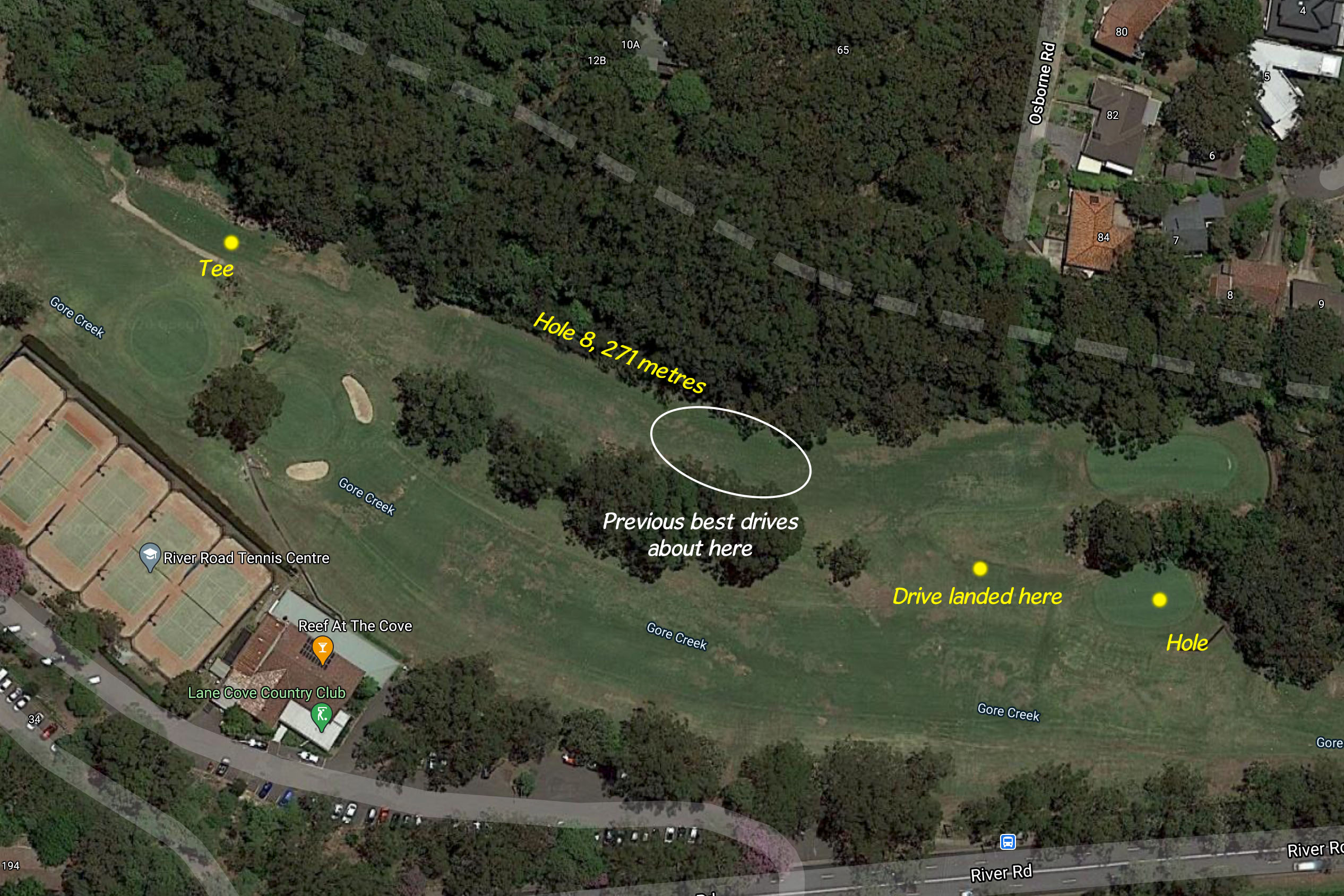 Wow. I’m just blown away by the difference this new, modern driver makes. The lesson I had a while ago also helped a lot, as I now have the basic knowledge of how to use this club effectively. So I’ll be happy to accept this gift from my neighbour. I started making dough today for a batch of sourdough which I’ll bake tomorrow, and take a loaf down for her.

I played early in the morning, and was home by 9:30. I had a shower, since it was already hot. The weather has turned from the cool and rainy of the last month to hot and sunny more typical of summer in the past few days. I thought my excursions were done for the day and planned to relax at home in the cool of the air conditioning.

Until my wife called at lunchtime and reminded me that I had agreed yesterday to go to her office and pick up Scully… So I had to venture out for a hot and sweaty walk to bring Scully home. And then I figured I may as well take her to the dog park later in the afternoon. The walk that the regulars do there along the waterfront has a final section which we call “The Gobi Desert”, because it so exposed and hot in hot weather. Normally we brave the heat of the Gobi Desert, but today everyone stopped short and turned back early.

So yeah, I’ve had another shower tonight.