Following on from yesterday’s sourdough dough making, this morning I formed the chilled dough into a loaf, let it rise a couple more hours and come to room temperature, then scored the top ready for baking: 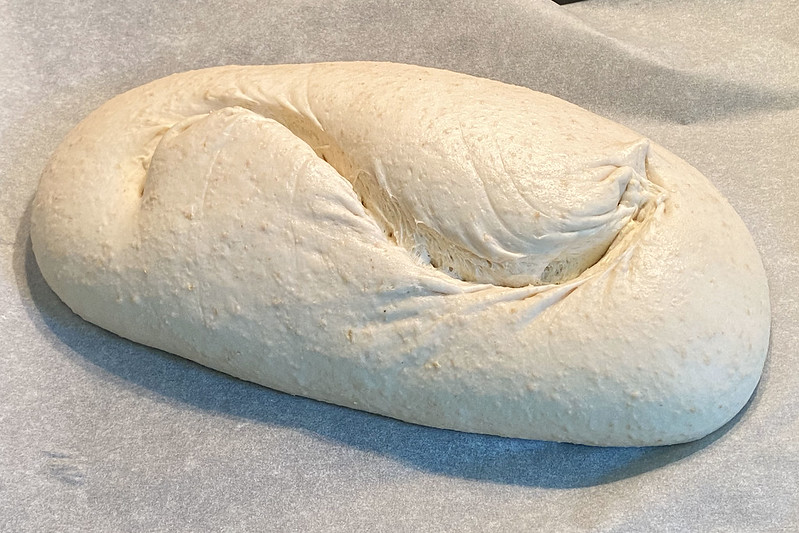 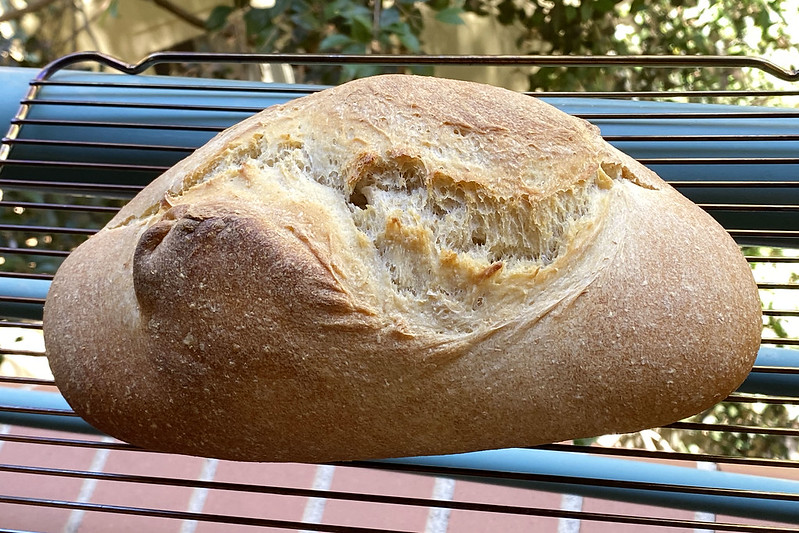 It turned out really good, and the best of the four sourdough loaves I’ve made so far since getting the starter just before Christmas. So kneading the dough was a good idea, and I’ll definitely be doing that from now on.

In other news, yesterday (Saturday 9 January) was the first day with no rainfall recorded in Sydney since 28 December, and only the 5th dry day since 12 December. So basically we’ve had four whole weeks with only 5 days with no rain. It really has been a cool, wet summer so far, as predicted from the current La Niña phase in the Pacific.

Apart form baking bread, and cooking soup for dinner, and helping with the laundry and stuff, it was a pretty relaxing day. It’s good to have a bit of a break sometimes.