It’s Boxing Day, and that means sport. Unfortunately the Sydney to Hobart Yacht Race has been cancelled this year due to COVID, but the Boxing Day Test Match at the Melbourne Cricket Ground began on schedule. India are here this year, and this game is the 100th Test match between Australia and India. It’s the second game of the series, and Australia won the first easily, but today India looked well on top, so it might turn into an interesting series.

Other than watch the game on TV, I didn’t do much else. My wife and I took Scully on a walk during the lunch break, and we waked along the creek near our place all the way down to the harbour. It’s an amazing urban bushwalk, through fairly dense wet sclerophyll forest, tall eucalypts overhead and ferns at ground level. Although it’s surrounded by houses, it’s difficult to see them, and you can in many places easily believe you’re in a wilderness.

At one point we saw a couple of kookaburras on a tree limb, and they stayed there as we moved closer. I managed to get remarkably close and took the following photo, with my phone! – not even an SLR with a long lens: 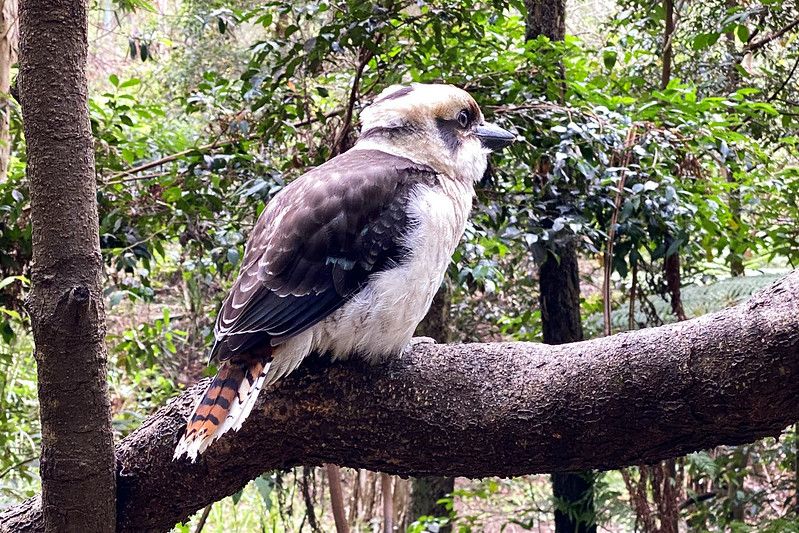 I think they were young ones, waiting for their parents to come back with food. Pretty cool. I don’t think I’ve ever gotten that close to a wild kookaburra before.