This morning my wife had an appointment up the street, and suggested I walk with her and Scully, so I could look after Scully outside while she went in. So we did, leaving early, before we’d had any breakfast.

Afterwards, she suggested that rather than go home, we continue walking to North Sydney and have breakfast at a cafe near the library. Normally on a Saturday I have a very simple breakfast of Weet-Bix with milk. But when I go out I like to order eggs benedict, because I can’t be bothered making it at home, so it serves as the “fancy breakfast” that I get on the very rare occasions when I buy breakfast. Eggs benedict traditionally comes on a muffin, but it seems people like doing all sorts of weird variations these days – sourdough bread seems to be popular. But this one came on a brioche bun, which is kind of the opposite direction, being softer than a muffin, rather than harder and chewier like sourdough bread. It was a little odd, but okay.

We didn’t get back home until after 11 o’clock. Then I wanted to go into my Saturday housework, cleaning the shower and bathroom, vacuuming the carpets and floors, changing the damp absorbers in the closets. I also cleaned up the balcony and washed the floor out there, so it’s nice and clean. Which was good because tonight we ate dinner out on the balcony, in the cool evening air – something we don’t do often enough.

Oh, here’s one of the drawings from last night’s game of Sketchful, by one of my friends – you need to identify the thing being drawn. I completely failed to guess the answer, but all the other players managed to get it. It’s two words, (4, 3) letters. 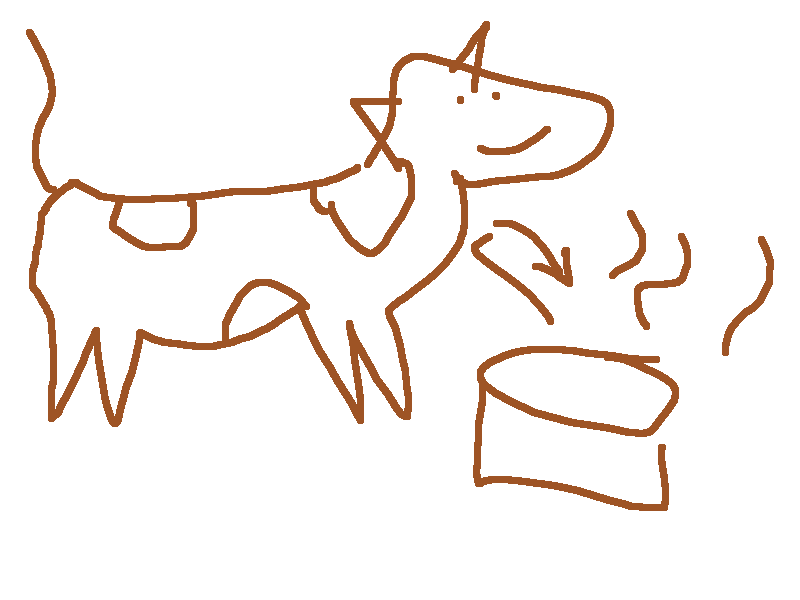