On our weekend trip last weekend my wife and I found a hidden gem in the town of Berry, a place called The Treat Factory. In the grand tradition of little country towns, this was a place that manufactures all manner of chocolates and lollies, and as well they also do a line in jams, mustards, sauces, and similar things. While there, we browsed the stuff for sale, and I saw… liquorice rocky road. I had to buy some. 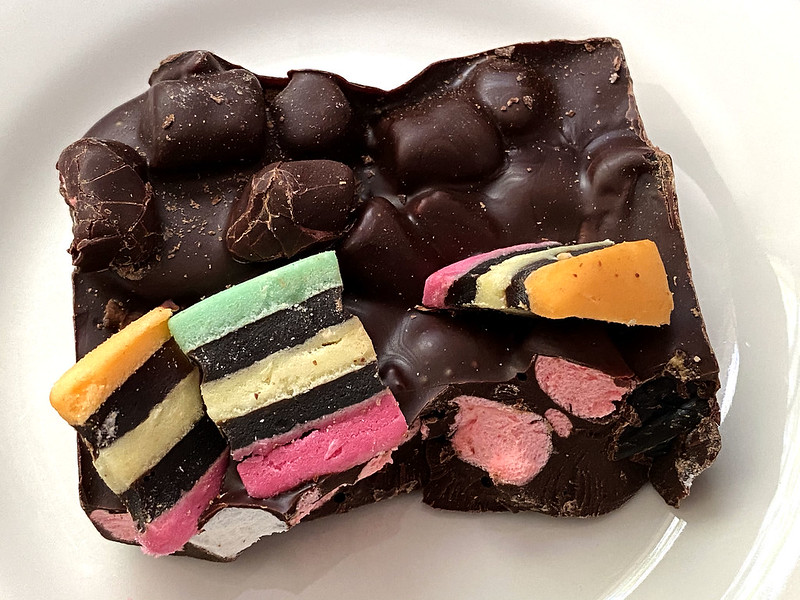 This is part of the chunk I brought home. It’s like rocky road, but it also has liquorice allsorts in it. Wow… what a brilliant idea! I’m halfway through eating it and it’s just as awesome as it sounds.

And while on sweet treats, I have a special dessert I made for myself today to have during fortnightly games night. I started with cream and Arnott’s Choc Ripple biscuits. And some rum: 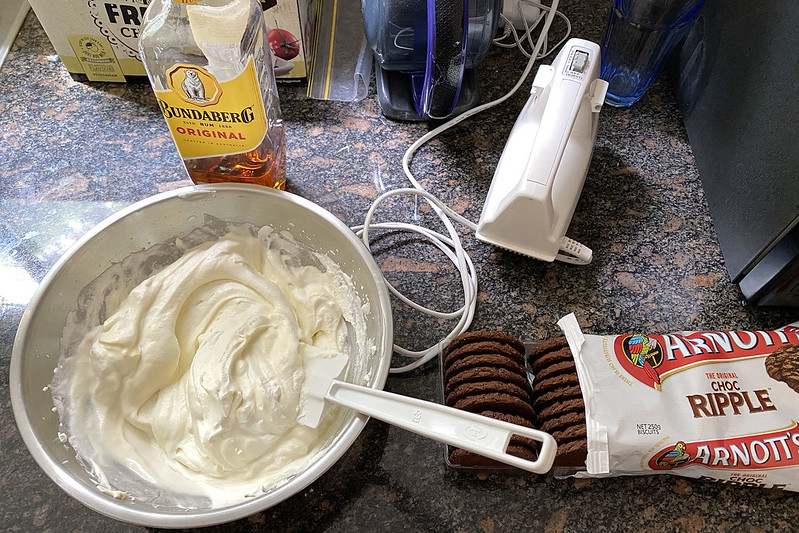 I whipped the cream, and then folded in some mascarpone (not shown separately) and added a dash of the rum. Then made alternating layers of cream and biscuits. 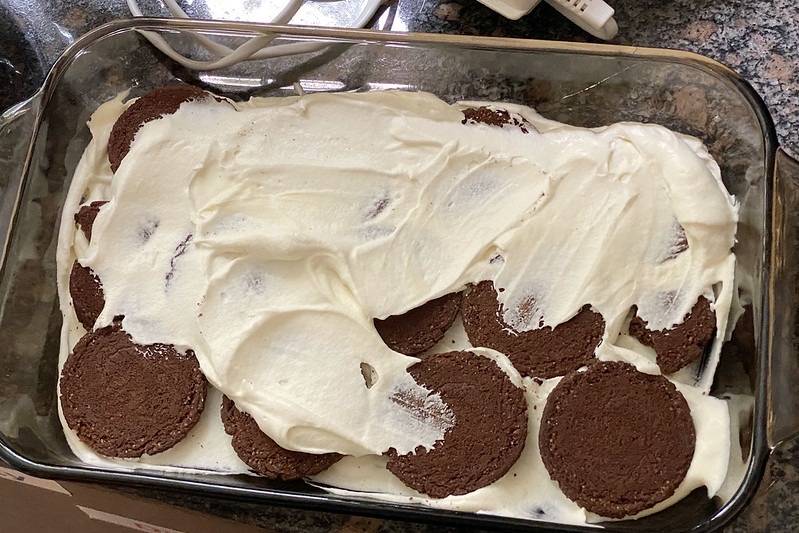 The final result is covered and placed in the fridge for several hours, to allow the cream to soak into and soften the biscuits. Essentially it’s like a poor man’s tiramisu. I heard about this from a friend who was making it himself a few days ago, and he claimed it’s a classic Aussie dessert that everybody knows – although I’d never heard of it before. Other friends of mine said they knew it, but oh well.. 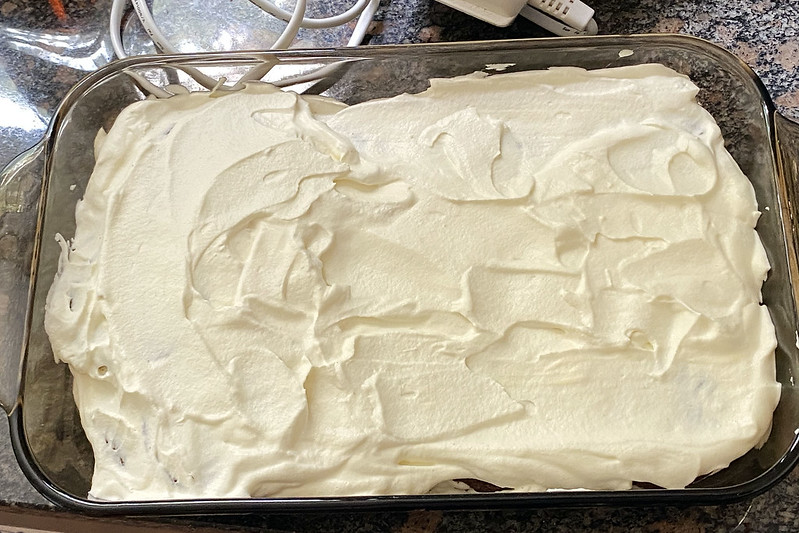 The other main thing I did today was make Darths & Droids strips. Oh, and grocery shopping. Not much to report there really. Except blueberries have gone up from $2 a punnet to $2.50. They’ve been cheap recently and I’ve bought some every week to go on my muesli, but it looks like the price is starting to go up again.