Day 3 of my ISO meeting went well. We had technical discussions on two topics: measurement of visual noise in images, and measurement of camera autofocus reliability and speed. The first is a revision of an existing standard to update the empirical formulation of how the human visual system perceives noise levels in an image. There’s a lot of very interesting experimental work being done on that across several labs all around the world to get this revision done.

The camera autofocus work is new, and is having to deal with a lot of technical difficulties in triggering and timing of autofocus – mainly because cameras are engineered to be useful in real world situations, not in standardised testing labs.

Most of the rest of the day I spent making comics, both Darths & Droids and Irregular Webcomic!. Yesterday, when I was too busy to write much here… well, it was similar, actually.

Oh! Today I got a package in the mail, a reward for a Kickstarter I backed a year or two ago. The project was delayed by various things, but they came through. Behold! 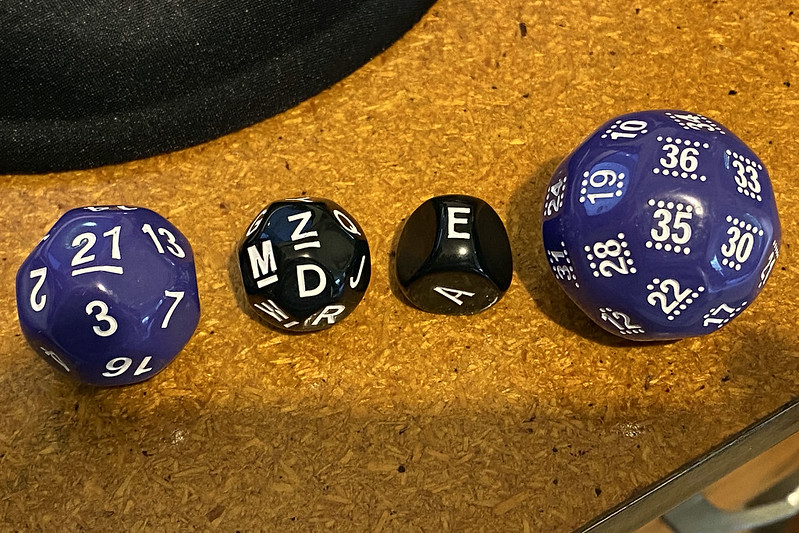 Gaming dice. Specifically, that’s a d21, a d21 with consonant labelling, a d5 with vowel labelling, and a d36 that doubles as a single die roll to generate 2d6 using the pips.