This morning, I intended to spend a quick few minutes cleaning up an old photo or two, scanned from prints that I’d taken on a camping trip back in 1993. Before I knew it, I’d spent most of the morning cleaning up and colour adjusting a dozen or so photos. 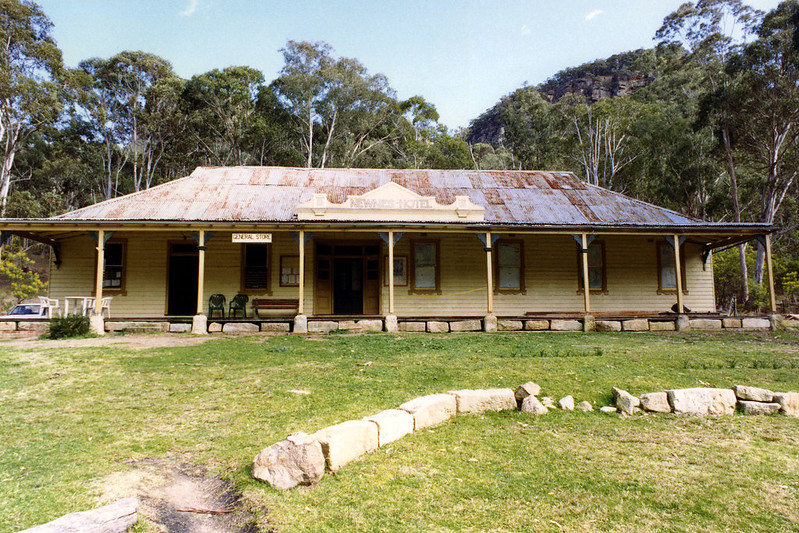 This is the Newnes Hotel, built in 1907, as a pub and general store for the small mining settlement of Newnes, in the Blue Mountains west of Sydney. They mined oil shale there, but the mine was closed in 1932. Now the hotel operates as a general store and visitor information centre for bushwalkers and campers, since the area is remote and surrounded by the Wollemi National Park. There some abandoned runs of the town that you can visit. 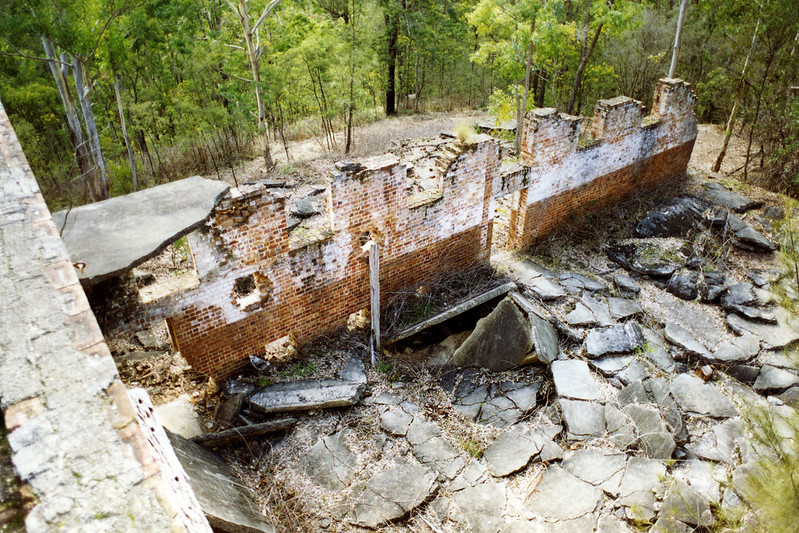 For lunch today I took a long walk a couple of suburbs over to an Italian bakery – another one of our favourite bakeries in the area! I got a chicken pie for lunch, and a chocolate cannoli for a sweet treat. They also do vanilla cannolis and ricotta cannolis, and they’re all good.

I took a slightly roundabout route home to get some more walking done, and I stopped at an upmarket grocery store near the bakery to buy some fancy imported pasta from Italy. Local pasta is fine, but the imported Italian stuff has a different texture to it, and is really nice, so it’s worth an extra dollar or two now and then.

While in there, I noticed they had packets of sourdough crumpets reduced to sell as they were approaching their use-by date. Normally these crumpets are $7 for a pack of four(!), but they were reduced to $4.90. Still over a dollar a crumpet, but I decided I could splurge and try them to see how good they were. Regular crumpets from my usual supermarket cost $1.85 for a pack of six, or under 31 cents each. The normal price for these sourdough crumpets is $1.75 each, almost six times as much. That’s really quite insane. Even at the reduced price, they’re over four times as expensive as normal crumpets.

Anyway, I tried one when I got home, and they are actually very nice. But not over $1 a crumpet nice.