This morning I decided to bite the bullet and renew my passport. It expires next month, and I’ve had it on my desk for a couple of months to remind me to renew it, but of course with COVID and travel restrictions, it kind of dropped down my priorities list. Still, I decided today that I really should renew it before it expires, and so I filled out the forms online, printed out the PDF, and went up to the post office to have photos taken and submit the form. As part of the process, they cancelled my old passport, so I’m unable to leave the country now for about the next three weeks – not that I was going to anyway.

Since I was out, I went for a bit of a walk to get some fresh air and sunshine. And in the afternoon I walked up to my wife’s work, where’s she’s now working full time following an increase in her previously part-time hours. I had to pick up Scully, who goes to work with her, as the “office dog” – she even has a job title: “Wellbeing Officer (volunteer)”. I took her from the office to the dog park and we had a bit of a run around and did some ball chasing and meeting other dogs and so on.

In between, I spent much of the day processing some scans of old photos from a camping trip I did back in the 90s with some university friends. 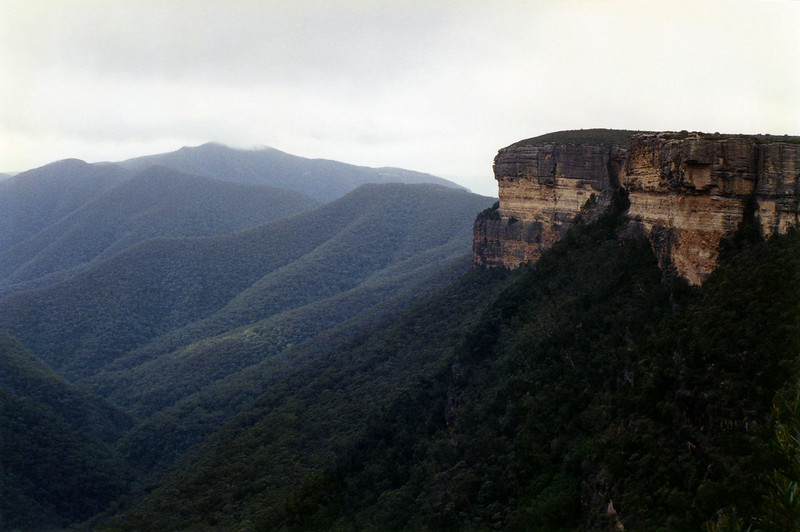 We started up here at Kanangra Walls (the sandstone cliff formations) in Kanangra-Boyd National Park, west of Sydney. And we walked way down into the valley below and camped by the Kowmung River. 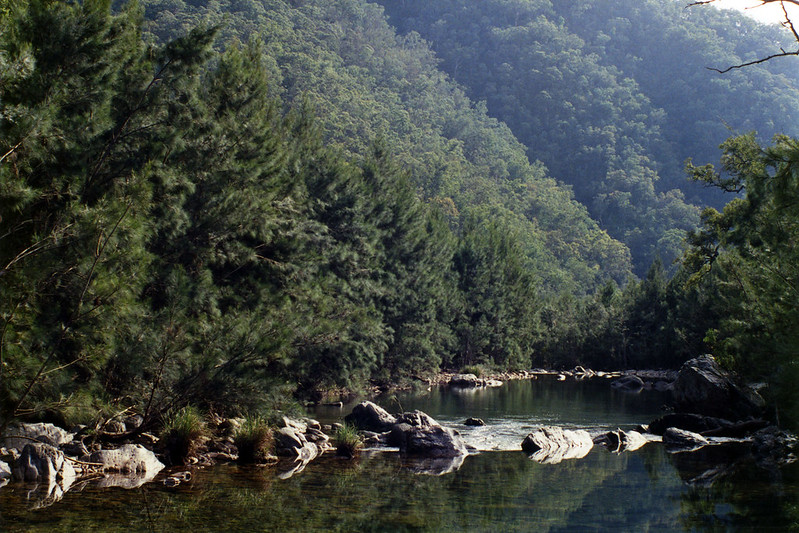 I haven’t been camping for a long time. I’d like to get out into the wilderness again some time.