Last night my wife went to read in bed early and left me with the TV, so I picked a movie from Netflix. I’d heard good things about Train to Busan. It’s a Korean horror movie, in which a guy and his young daughter are riding a train to escape… well, I won’t say any more. But yeah, I really enjoyed it, and recommend it. There’s one scene in particular which is just amazing and freaky. If you enjoy horror films, then you should like this one.

This morning I had my weekly Ethics class. We were finishing up the topic on animal rights, after four weeks. That’s too long for a topic, in my opinion… talking with the kids about the same topic for that long gets a bit repetitive. I wish all the topics were a maximum of three weeks long. The kids were a lot better behaved than last week – I guess the teacher had a chat with the worst offenders after my report last week. Most of the class went pretty well, although it descended into a bit of chatter towards the end, but still it was much better than last week.

On the way home I walked past the hardware store and picked up a big pack of microfibre cloths for cleaning various things, as well as some strong spring clamps, which I’m going to use to clamp one of my shoes when I glue the sole that is starting to lift on one side.

Back home, my friend who organises our fortnightly games nights posted an invitation to this Friday’s virtual online event. Actually, to set it up, I should show you the image he posted two weeks ago: 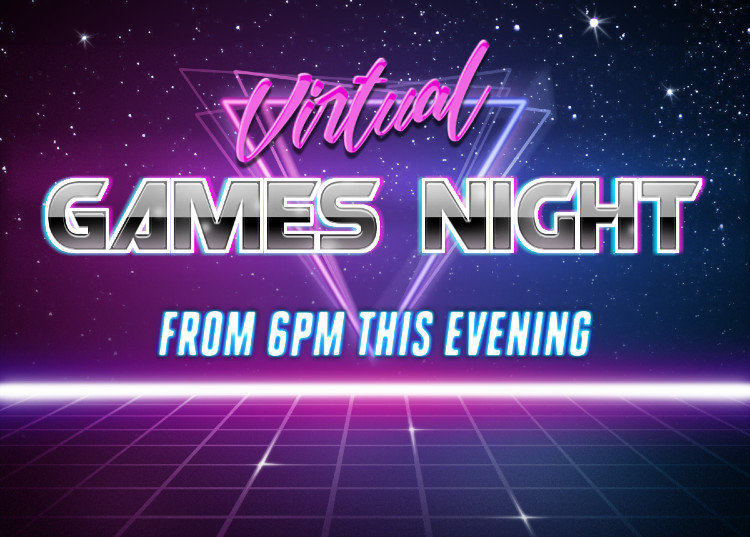 It was an invitation in a very 1980s style. Well, today he went a little bit further back into the past: 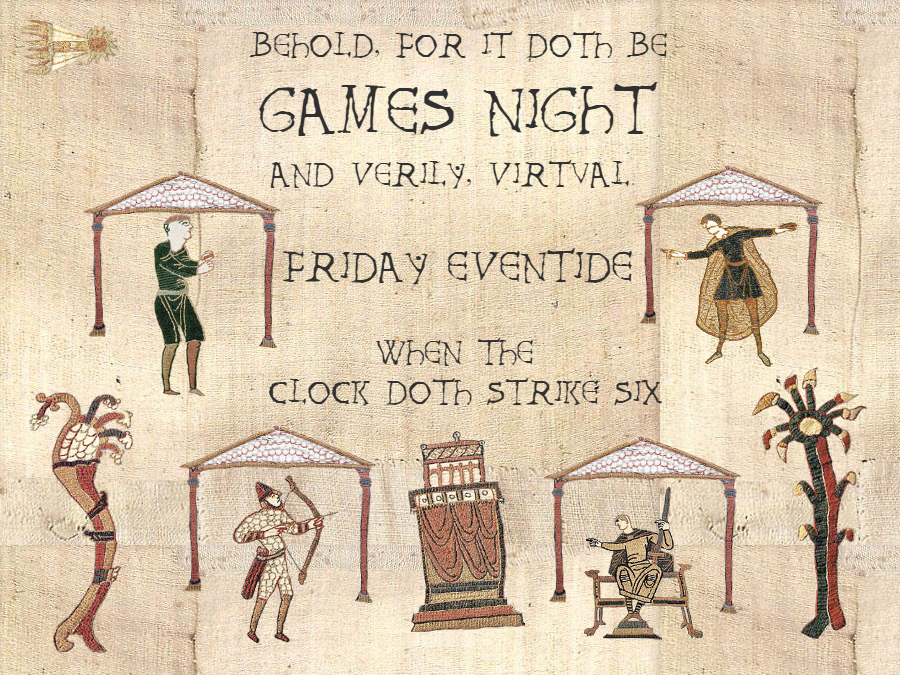 He said now he was going to look for more historical periods to use for future invitations, which prompted me to make this: 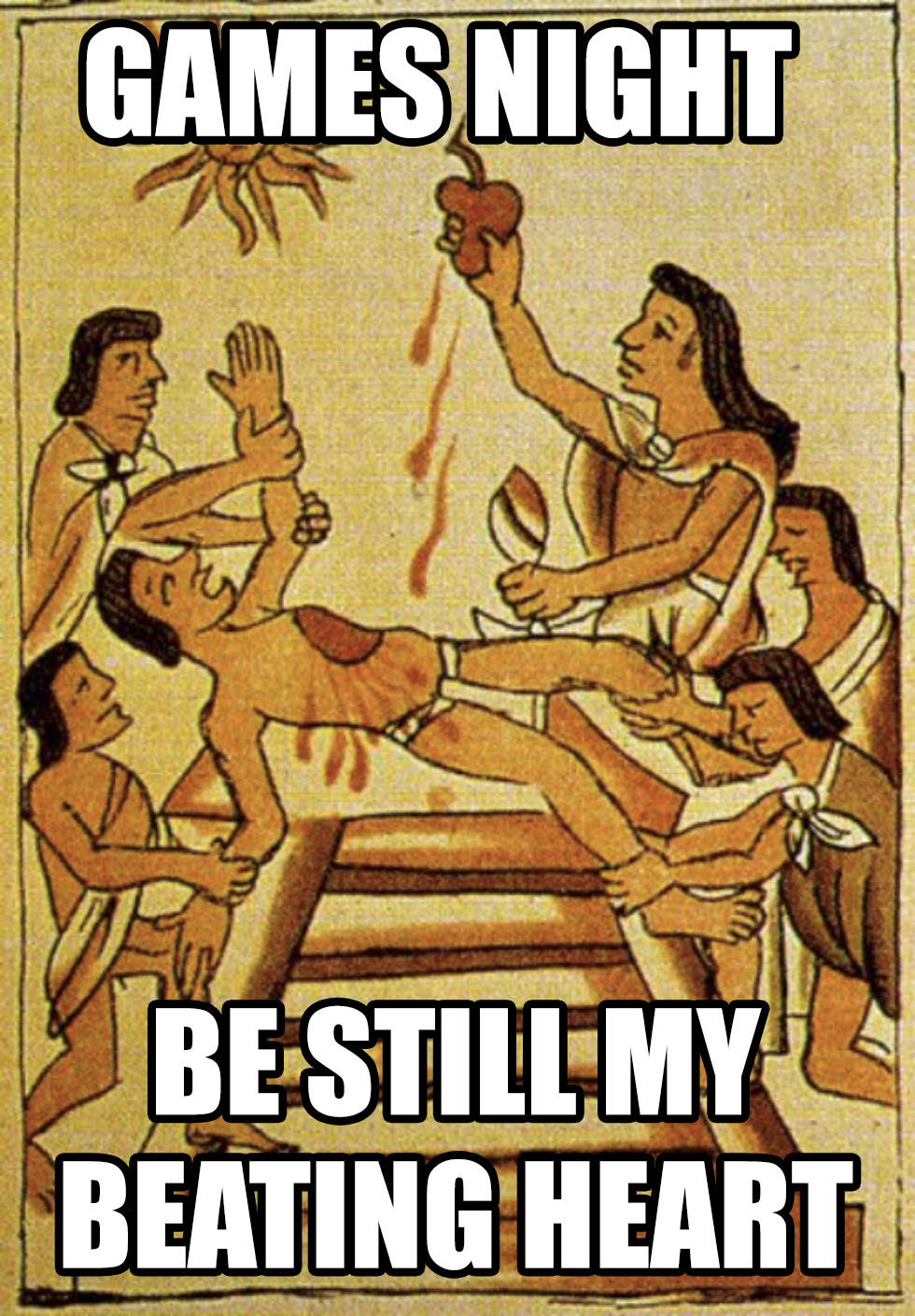 Looking forward to the games on Friday night! 😄