My golfing friend invited me to play today at a new course: North Ryde Golf Club. We planned to play the first 9 holes and then decide if we wanted to continue with the second 9. 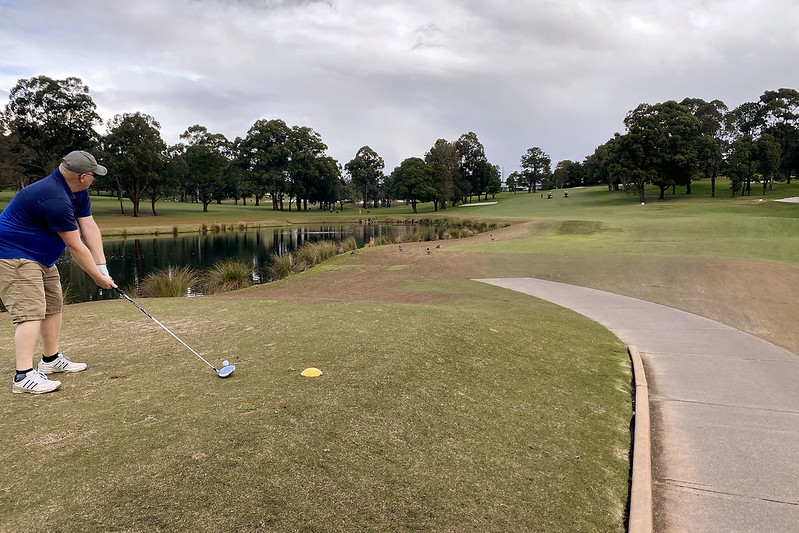 It’s a nice course, with a few lakes. Being a large green area with water in the middle of urban Sydney, it seems to attract a lot of birds. In this photo (above), which is from the 2nd hole tee, you can see a group of Australian wood ducks. 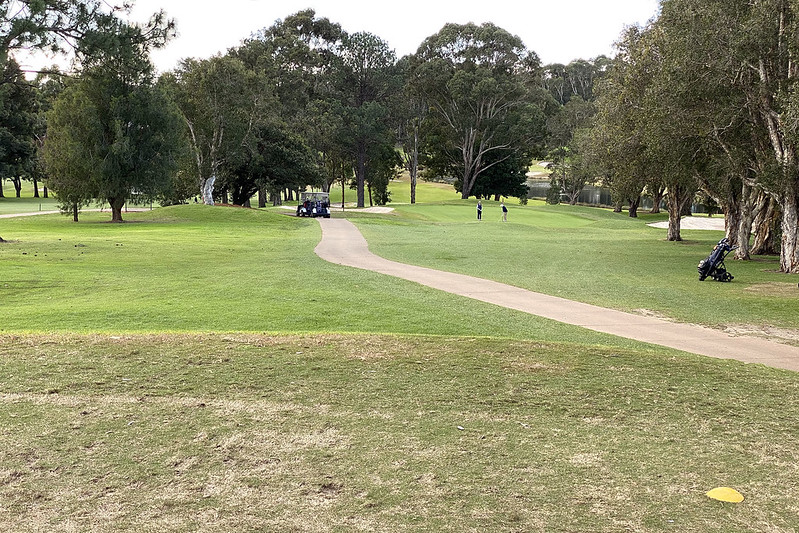 Hole 3 (above) is a nice short one. The course was busy, and we often had to wait for groups in front of us to move on before we played our shots. After completing the front 9, we decided to continue on and play the back 9. As soon as we teed off on hole 10, it started raining. Steady but not too heavy. We pressed on.

But after a few holes, my friend said his back was starting to ache, so he pulled the plug and left, but I decided to continue and finish the complete round. I was playing behind a group of four who were pretty slow, but there was no point playing through them as they were being held up by at least two other groups ahead of them. So I went into zen mode and just relaxed and enjoyed being outdoors on this chilly, rainy winter’s day. 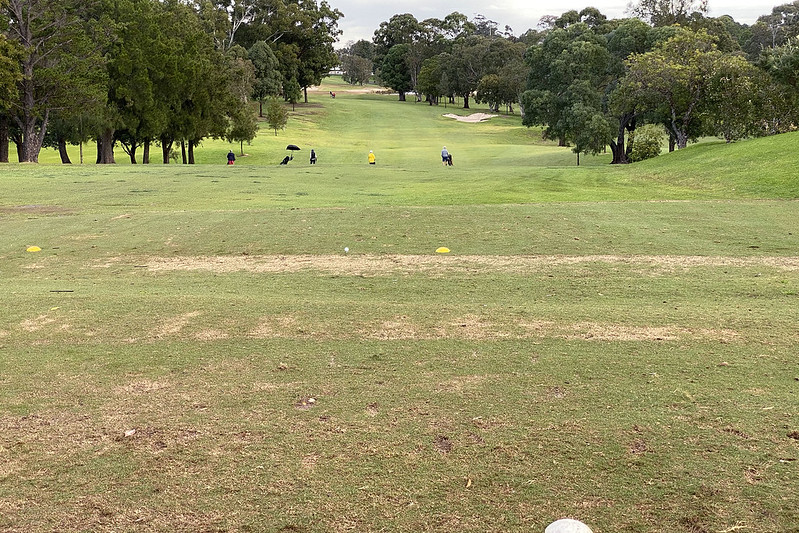 The rain eventually eased off and I approached the end of the round (hole 17 above). I actually joined up with the group of four for the last hole, and it turned out they were middle-aged beginners as well. They all teed off on the short par 3, hitting their balls in various skewy places. Then I stepped up and cracked my ball straight onto the green! My first putt almost went in too – it was a good 5 metres long, and it curled around the lip of the hole but didn’t fall in, instead continuing another metre or two (requiring another two putts for a bogey, alas).

With travel time, I was out of the house over five hours. Throw in cooking dinner and walking Scully and that was pretty much the day.