Today was more housework, helping my wife with laundry and changing bedsheets and stuff like that. I’ve also started cooking dinners again, after my enforced time off with my hand injury. Speaking of which, the sticky bandage the hospital pout on on Tuesday finally frayed enough around the edges today for me to pull the whole thing off, so the healing wound/scar is now fully exposed. It doesn’t actually look as bad as I thought it might. It’s still fairly bruised and sore though – I expect that will take a few weeks to go away completely.

But the main event of today was a trek, nay a pilgrimage, to get lunch at a legendary food establishment in Sydney’s south. I was inspired by it coming up in conversation with my friends during the week, and then yesterday one of them was actually inspired to travel down there to get one of the famous hamburgers. So today, finally, years after I first learnt of this place, I drove down to the suburb of Sylvania, some 30 km south of home, to sample one of Paul’s Famous Hamburgers. 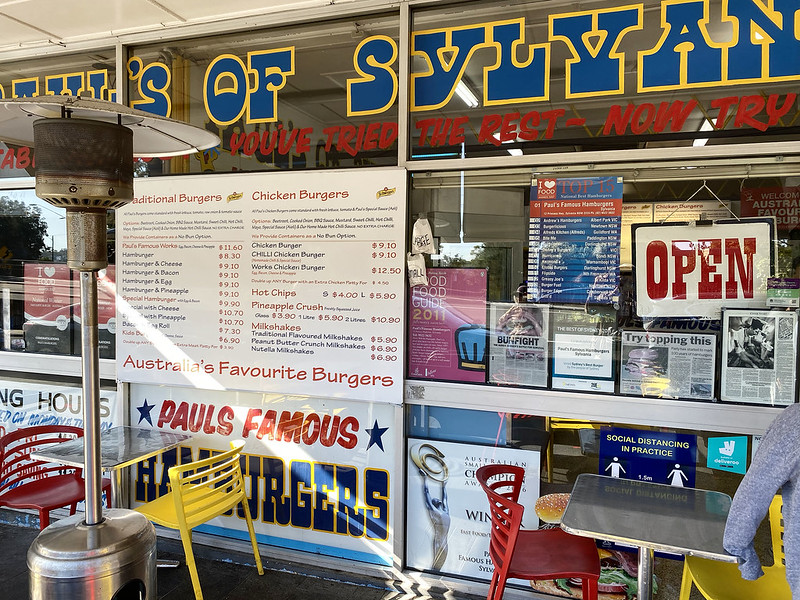 The hamburgers from this place have regularly won awards for the best hamburger in Australia. Although I’ve driven past it a few times on my way somewhere else, I’ve never previously stopped and tried one.

I wrote a full review of today’s experience over in my food blog: Snot Block & Roll. So check that out if you want all the details. For here, suffice to say that yes, it was a deliciously good hamburger although, no, I don’t think it’s the best one I’ve ever had in Australia.

Scully appreciated it too. 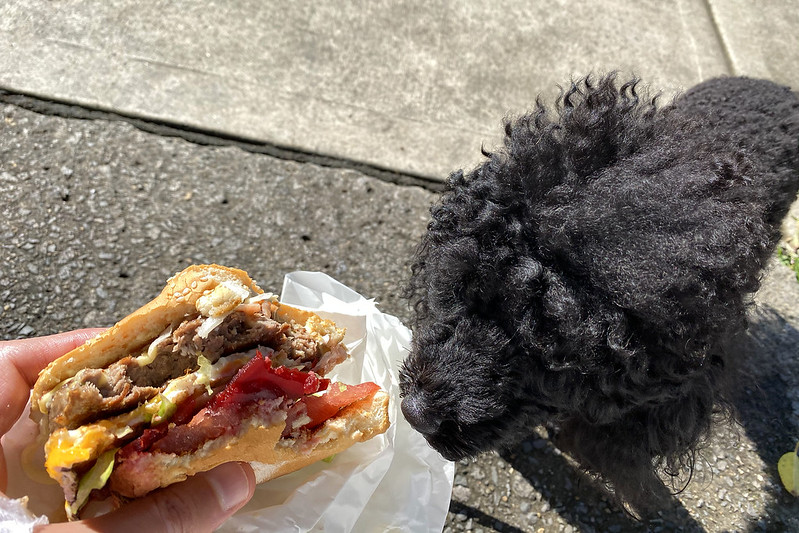