With this week’s ISO meeting over, I had time today to do other things. This morning I went to the golf course to play 9 holes, hoping not to repeat last week’s disastrous round. And it began promisingly, with decent scores on the first few holes. I even saw an ibis on the greenkeeper’s driveway: 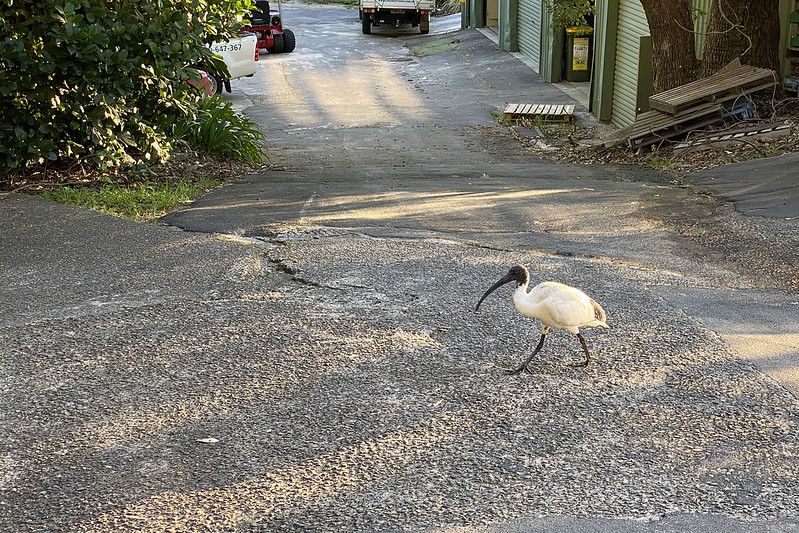 On the 6th hole, which is a short par 3 with a very elevated tee off dropping down to a green far below, I got my tee shot very close to the green. Then I did a “chip and roll” shot to get the ball onto the green, and it stopped about 1.5 metres form the hole. And then I sank the putt, for a par! The first time I’ve pared that hole. It felt really good.

I did well up to the 7th hole, where a tree had fallen over during the recent storms we’ve had. 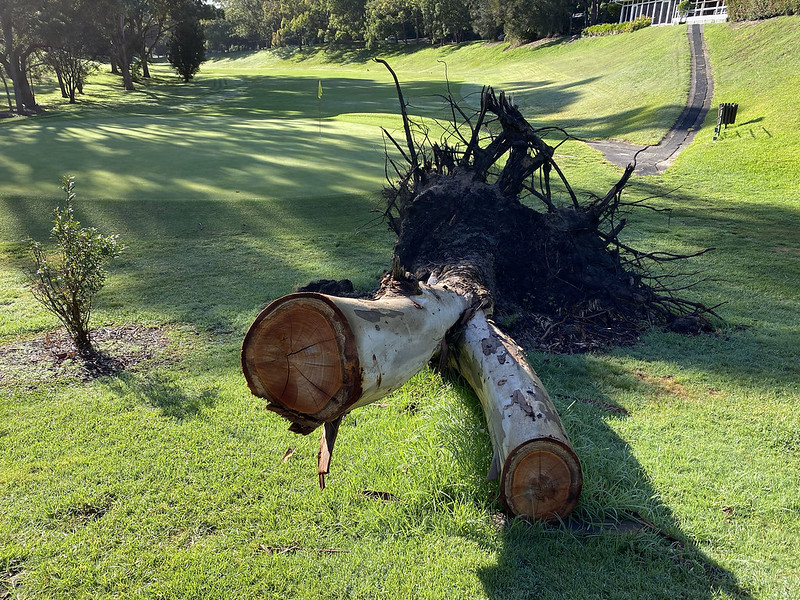 That’s actually the 9th green in the photo. The 7th green is behind me as I took the photo, and the tree must have fallen right onto the green before they cleared it away with a chainsaw.

Then I hit the 8th hole… Oh dear. It took me four strokes to even reach the beginning of the fairway. The ball kept landing in heavy, dewy grass, and whacking it as hard as I could just sent it 5 or 6 metres dribbling up the course to land in more thick grass. I eventually scored 13 on that hole. Oh well. Even with that, my total for 9 holes was still 2 strokes better than last week, which shows just how much better the rest of my round was.

Back home, I spent most of the day working on Darths & Droids. We need to get some sort of storyline planned for the next three Star Wars movies, and finalise which players are playing which characters, and what’s happening in their real lives. So I was busily thinking up plot points and making notes. It’s not quite at a point where I can start writing scripts for individual comics, but it’s a lot close now that it was yesterday.

Tonight, in lieu of our fortnightly Games Night, we had a birthday party event for Steven. It was at a local park, with a barbecue where we cooked sausages, and ate them with bread and salads. It was a nice park, with a lot of cool playground equipment, including a zipline. The kids all had a go, and then I tried it as well, and it was a lot of fun. I also had a climbing race with one of Steven’s daughters up the rope climbing thingy. And I managed to get my hand on the top post a second before she did, so I won!