I did a bunch of small odd jobs around the house today. One was drilling some holes to mount a kitchen gadget on the wall of the kitchen. I’ve been putting this off for a while because I hate drilling into brick – it’s really hard without a hammer drill, and I don’t want to buy a hammer drill for a couple of holes. I took my time, letting the drill bit cool down between roughly 30-second drilling sessions. It eventually made holes deep enough and I screwed the gadget to the wall, clearing off some benchtop space that’s been occupied for several weeks.

I did some ISO Standards work on a photography standard that requires reading and commenting on. I did a bunch of configuration for my photography web shop. I did some prep work for my school science visit on Monday.

I went for a walk and saw some more storm damaged trees. Over by the creek not far away from my place, two enormous trees, about 30-40 metres tall, had fallen over. 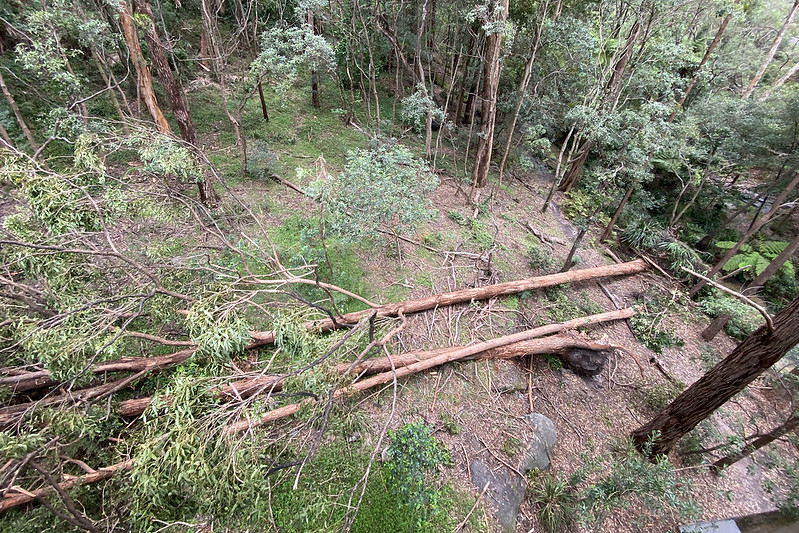 These were huge trees, but fortunately they fell in the middle of a park, away from any houses or power lines.

Oh, a snippet of chat conversation I had with friends today:

SI: Can they get any genes from the bones or is that just Jurassic Park nonsense?

Me: No, DNA doesn’t survive that long.

SI: Oh even in the movie it was inside a mosquito in amber or something I think?

DMc: What if the DNA has been travelling at relativistic speeds though?

Me: Well yes, samples extracted from dinosaurs who travelled at 0.9999c to a distant star and back should be fine.

One thought on “Busywork”