Today was all about the weather. The Bureau of Meteorology forecast 150-200 mm of rain in Sydney. Since midnight we’ve had 193 mm, and it’s only 8:30pm, and it’s still pouring in absolute torrents outside. The total for the past 72 hours is 370 mm, and that will go up as the rain actually began less than 72 hours ago.

I spent some time processing more photos for printing for my market stall. But mostly just keeping an eye on the weather, and dealing with Scully wanting to go outside every half hour, only to realise it was pelting down once we get out there and wanting to come straight back in again.

On these expeditions outside, I go through the basement garage of our apartment block. This afternoon the rain turned it into an indoor swimming pool: 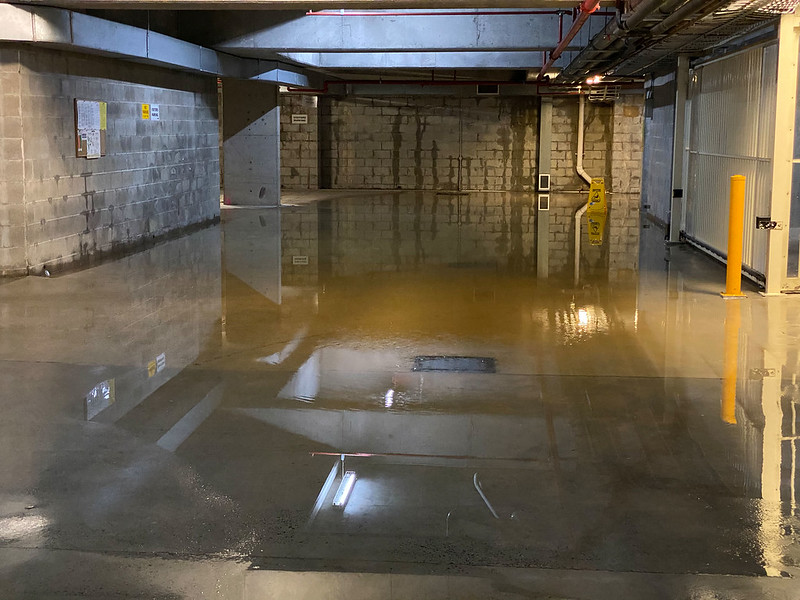 Water was bubbling up out of the drain in the floor. There were streams of water running down the walls and across the floor of the garage. It ran through several car spaces owned by neighbours, but thankfully our car space stayed dry. Other residents were down there moving belongings out of the water, and discussing the weather.

When I got outside to the street, at some point the wind had done this: 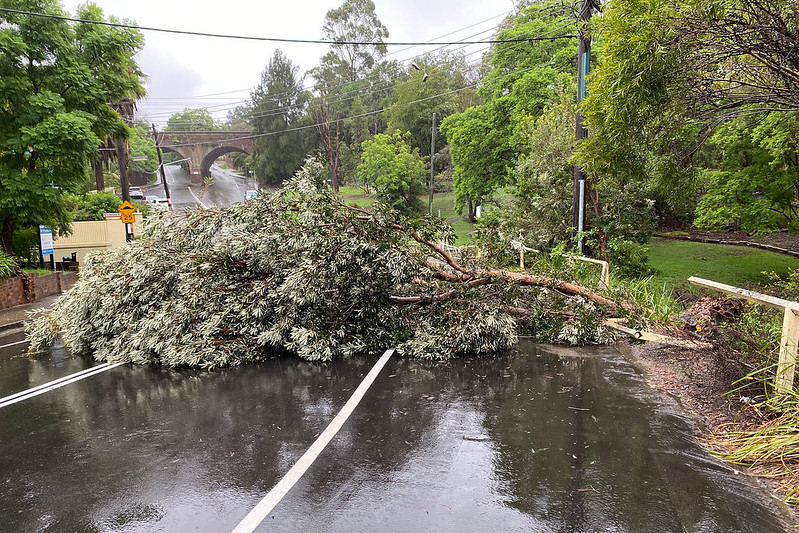 The water had weakened the soil around the roots and the wind blew this tree through the fence and on to the street. Here’s a view from the other side: 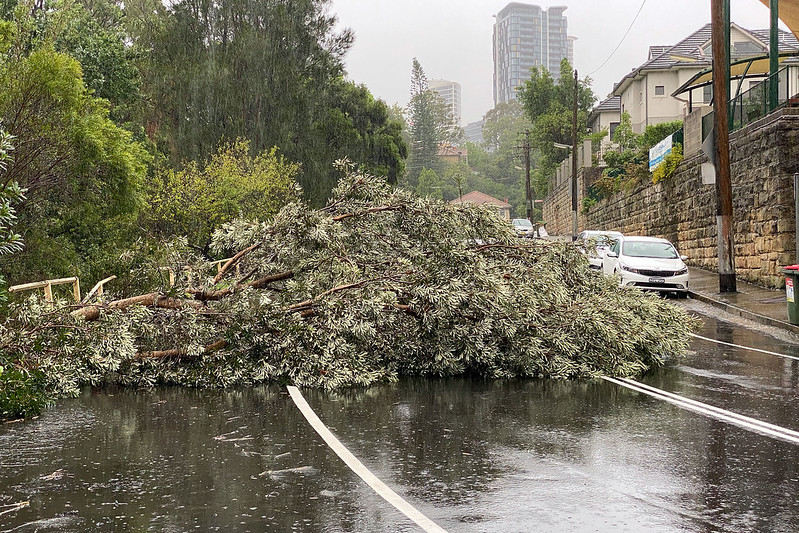 The tree was still like this, completely unattended a couple of hours later. Emergency services are stretched today, with hundreds of calls for help across Sydney. A few cars have been crushed by falling trees, trapping occupants, which obviously take a higher priority. And some people have ignored warnings about driving through floodwater and had to be rescued. A lot of trees and power lines are down, and several suburbs are blacked out.

State Emergency Services have also issued flood evacuation orders for resident in four Sydney suburbs. Residents have been ordered to leave their homes and seek safer ground, with the warning that if they stay they will be trapped without water or power and it may be too dangerous to rescue them. Evacuation centres have been set up.

The bushfires that we had just weeks ago affected a lot of people, but nobody in Sydney was affected by anything but the smoke. This rain is welcome, as it’s put out a lot of the fires, and is refilling our severely depleted dams, but it’s also causing direct danger to city residents. Oh, yeah, I also braved the rain to do some grocery shopping today, and the traffic was awful. Better to stay at home on a day like this.