On Wednesday my friend Andrew suggested we play a short round of golf at my local course (where we’ve played before). We assembled there at 07:30, and teed off at the first hole. We both hit our first drives handsomely down the fairway, drifting a bit to the right near a clump of trees maybe 120-130 metres away. We chatted as we walked off to locate our balls. We found them: 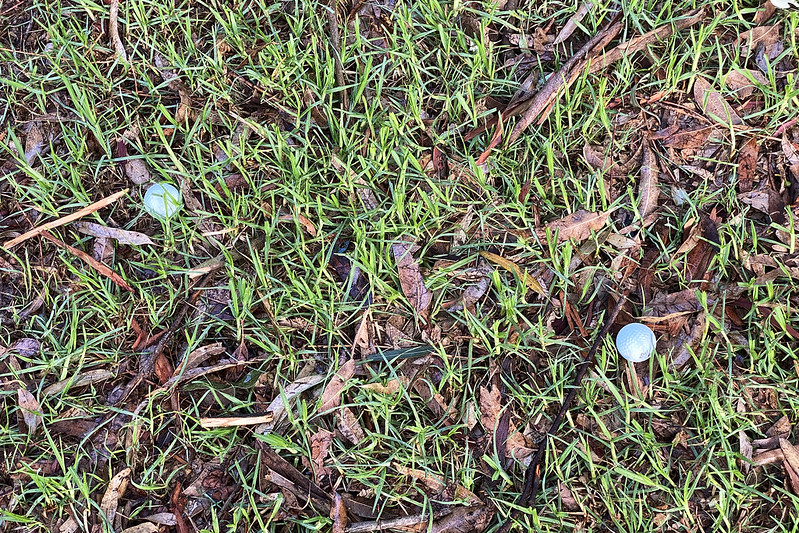 Over 100 metres from the tee, and the golf balls were within half a metre of each other! I hit first because I was about 5 cm further from the hole.

As our round continued, it became clear that it wasn’t going to be a good day, for either of us. We both struggled to hit later tee shots, with several dribbling just a few metres and necessitating trying to smash the ball 100 metres or more out of thick grass, or worse, leaf litter and sticks in close proximity to trees. I scored my worst score on this course for 9 holes: 66, my previous worst being 64. Oh well, at least we got out and had some exercise!

We returned to my place and played a few games: Fluttering Souls, Claim 2, and Codenames Duet. Then we headed up the street to get some lunch somewhere.

We didn’t have anywhere in mind, and walked past a tiny Japanese place that I’d seen before, but never gone inside. It had a hand-written sign outside advertising $12 ramen for lunch. That’s cheap for Sydney, so we poked our noses under the hanging cotton banners to have a look and the man behind the counter said, “Would you like some ramen?”

We said, “Sure!” and went in to grab a seat at the small bench. 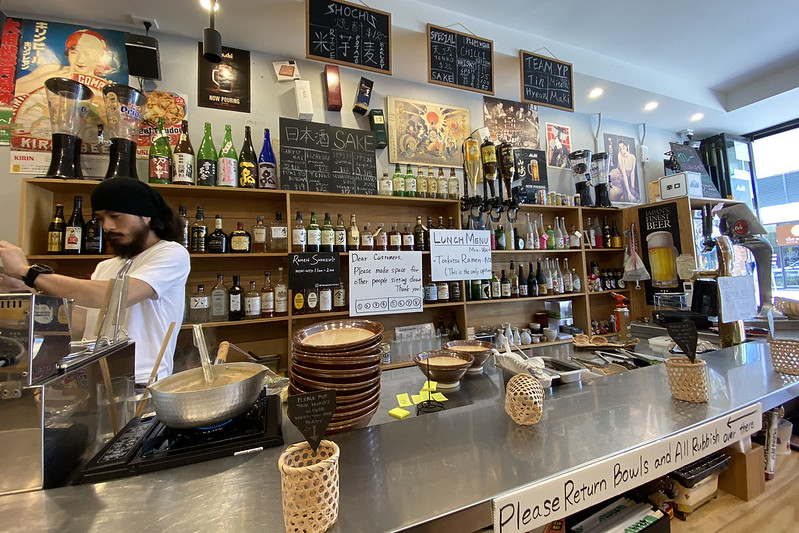 The menu was simple. The hand-written sign stuck to the array of roughly a thousand different types of Japanese whisky read: “Lunch Menu: Mon-Wed. Tonkotsu Ramen $12 (this is the only option)”. So we had the tonkotsu ramen. 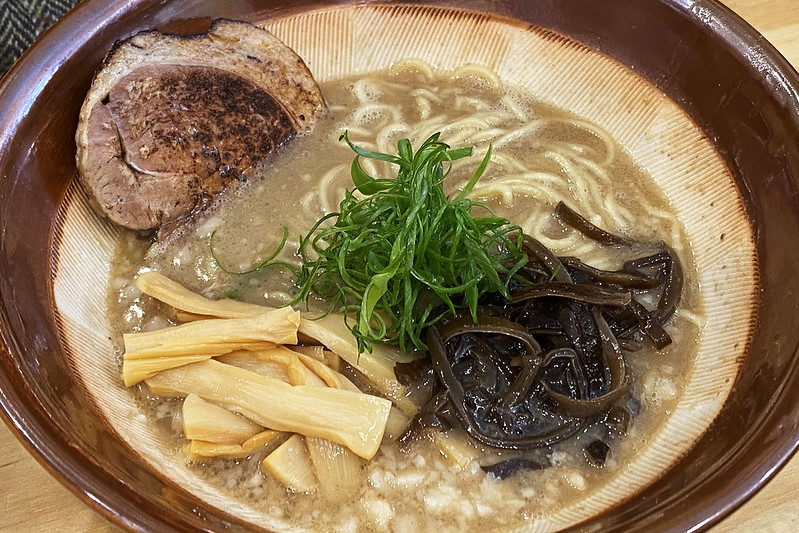 It was thick and rich and absolutely delicious. This is an absolute steal for $12.

Andrew headed off and I returned home. In the afternoon I dealt with some administrative stuff for ISO Photography standards, as well as trawling AirBnB for accommodation for a short Easter road trip that My wife and I are planning. We’re taking Scully with us, so we needed to find places that allow dogs to stay, which cuts down on the options a bit. We couldn’t even find affordable accommodation in Orange, where we’d planned to spend a couple of nights, so had to reconfigure our itinerary and instead decided to visit Singleton, where I found a suitable place to stay.