Last night was fortnightly Games Night again, which is why this update is a few hours late. It’s really early on Saturday morning, and I’m up because Scully apparently really needed to go out in the rain at 5am to sniff the grass. The rain has been on and off, but that’s definitely better than off for the past 4 months. It’s now so wet that the trees are weeping with joy: 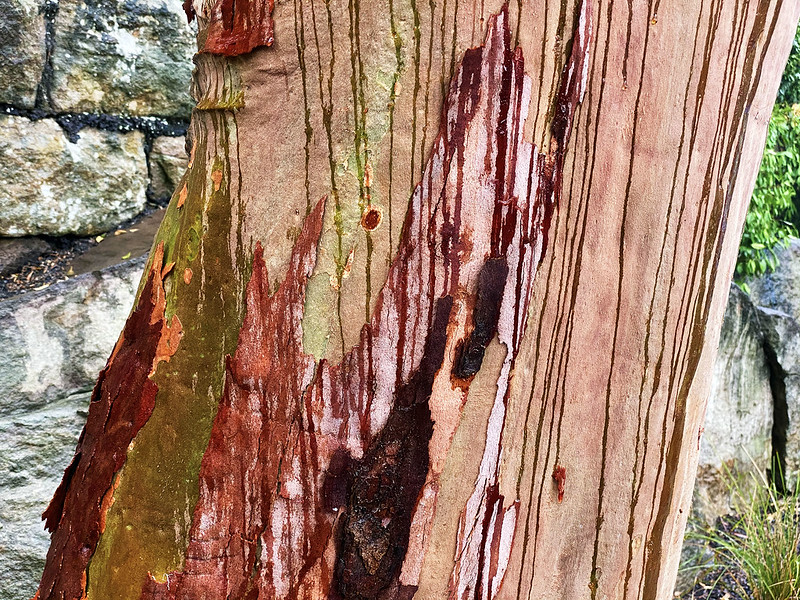 And there are frogs roaming the streets! 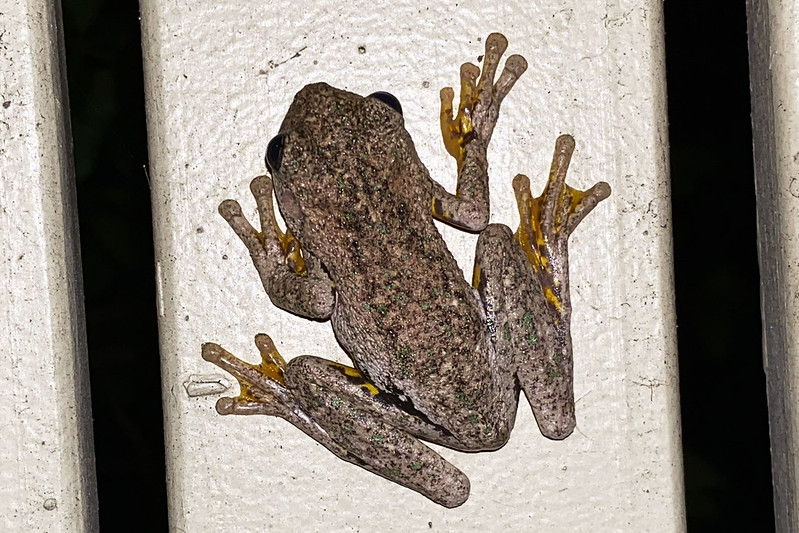 I spent much of yesterday sorting and collating a couple of boxes of Magic: the Gathering cards that my brother had lying around. I’m planning to sell a bunch to get some money for him, since I have experience at doing this.

Games Night started early, so we could go over scripts for upcoming Darths & Droids strips. We also had a discussion about the future of the strip, and moving into Star Wars: Episode 7-9 now that 9 has been released. The logistics are going to be very different because we no longer work together, so can’t dedicate lunch hours to writing strips together in the one room. We decided that we have plenty of ideas for Episodes 7-9 and would like to make a story out of it, so we’re going to start on it and see how it goes.

The plan is that I will outline plot action for several strips and try to write skeleton dialogues for each strip, perhaps without punchlines if I can’t think of any. And then we’ll have short discussions, either in person at Games Nights, or via voice chat on Discord or something, to go over the scripts, fill in gaps, write punchlines, and tweak them with suggested changes. Hopefully this will be enough to enable us to go back to publishing three strips a week as we did before. We’re not sure if this will work long term, so it’s going to be a bit of an experiment to start with. But the gist of it is that we’re now ready to start Episode 7 after we wrap up the Muppets episode.

We moved on to games. First up was Werewords, a bizarre cross between Werewolf and a twenty questions type of guessing game. Since each game takes only about 5 minutes, we played several times. The young daughters (ages 8 and about 10?) of our host watched the first few times, and then decided they wanted to play too. They did really well, each one being the critical component of a victory for their side.

After the girls’ bedtime, we moved on to try The Shipwreck Arcana with four players, while another two played Marvel Champions at the same time. 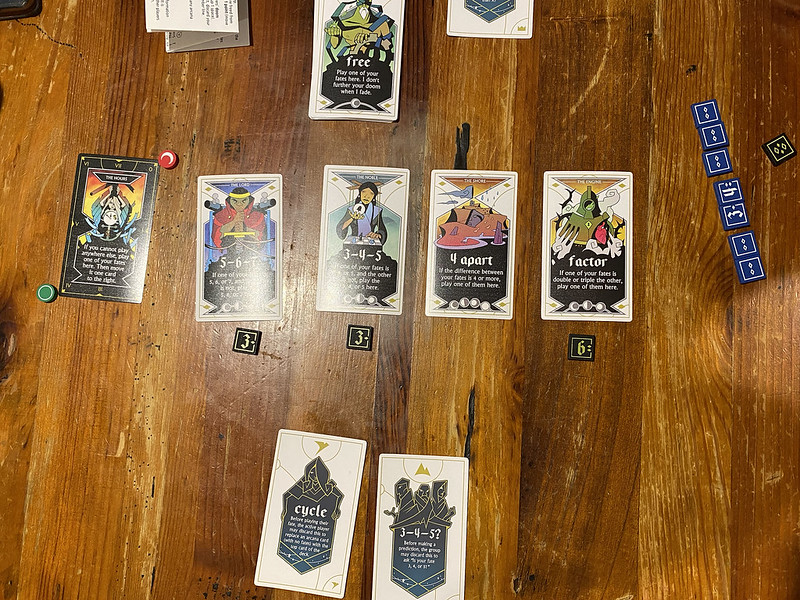 Shipwreck Arcana is a very interesting logical deduction game. You draw two numbered tiles, then play one on a tableau of pseudo-Tarot-like cards which have rules for which numbers you can play on them, and everyone else has to work out what your unplayed tile is, by examining what you chose to play (and what you chose not to play). Everyone’s working together to guess a certain number of tiles before time runs out. We managed to win the game without too much difficulty – I think we got a moderately lucky shuffle of the deck. I can see how it could be a lot trickier.